I was always terrified of wasting time. A cancer diagnosis made me reconsider. 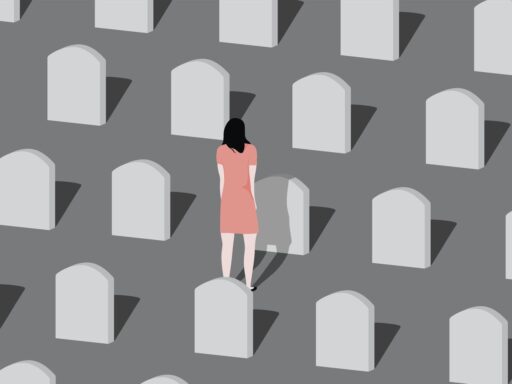 Faced with the possibility I’d have no future at all, I abandoned lofty goals and momentum and found something far richer.

The room didn’t spin like they say it does. My life didn’t flash before my eyes. I had no difficulty understanding the verdict: It was incurable.

They could offer no prognosis. They had some general ideas about how they might treat me; it was considered “manageable” in its normal form, but in my case, there was no telling what would or wouldn’t work. They told me that if they could find an effective treatment, I should expect to be on it “for life.”

The week of the 2016 election, my foot had gone numb — paralyzed, actually. I’d first arrived at the neurologist’s office unable to wiggle my toes, and now I was leaving with a singularly rare cancer diagnosis, a blood cancer that had jumped its track and hadn’t shown up as it was supposed to. Even though my blood, lymph, and bone marrow were all clear, a blood cancer had somehow emerged in my cerebrospinal fluid and lodged itself along my spinal cord, forming hundreds of microlesions. The oncologist (who specialized in rare lymphomas) responded, “Get out!” when the neurologist shared the results of my spinal tap. They were looking forward to meeting me. There isn’t much that’s good about being a unique cancer case, but at least the specialists are excited to see you.

It wasn’t until the drive home, as my husband, David, and I tried to figure out how and what to tell the children, that the terror overcame me. How could I prepare my middle schoolers for what we might face? There was no reassurance I could offer. Any expectation that the next day would be better or even vaguely resemble the days before had disappeared entirely.

We told them the naked truth. The doctors couldn’t say what might happen next because they had never seen this before. The outcome was uncertain, so hope and fear were both reasonable. Anything could happen: anything bad, anything good, or anything in between.

That night, unable to sleep, a strange, intrusive thought scrolled through my head: “The future has been amputated.” There would be weeks of hospitalizations, infusions, nausea, and fatigue before I could summon the presence of mind to interrogate that thought. On my first wobbly walk around the park near my home, I spotted a cute two-bedroom house on a side street.

“Maybe,” I wondered, “we could downsize to a cute little house like that once the kids are off to college … ?”

I stopped myself short. That would be seven years away. My survival relied on the efficacy of a chemotherapy, fresh out of trials, designed to treat cancers of the blood. My medical team wasn’t sure if it would work at all.

I might not live to see my eldest graduate. Who knew if I would survive even the year?

I sat down on a bench, dizzy. People hurried past me, some rushing home from work, some squeezing in a run before dinner, others racing toward schools to fetch their kids. Everywhere they were headed, it seemed, was a lot more important than where they happened to be right now.

For decades, my life had been as organized as theirs. I was always ambitious, my calendar overflowing: a private psychotherapy practice, parenting, writing, martial arts, caring for elderly family members, volunteering as a community organizer. Friends and colleagues marveled at how I got so much done. Now it was clear I had been running on overdrive for years, racing toward some magical day in the future when I’d have accomplished enough and might allow myself to rest.

It was as if cancer had flung me into a parallel universe where I would never again spend, waste, or experience time as others did, or as I had before. Sitting on that bench watching the early winter sunset, I realized that I never had the ability to shape my future. I’d been chasing an illusion. The causal chain I’d been constructing was wiped away in a single stroke. The only real time was now: the sun setting, the park bench, the crisp, cold air filling my lungs.

I thought of the many future-focused conversations I had daily: psychotherapy clients dreaming of one day finding the right partner, or the right job, or hoping to eventually leave the wrong ones. Neighbors planning their vacations. Other parents fantasizing about their children’s college and career trajectories. Every weekday conversation filled with yearning for the next weekend. The systems that surround us intensify our future fantasies, like an unattainable carrot at the end of a proverbial stick, driving us all to press ourselves harder and faster toward some end that never quite comes in the way we imagine.

Ambition has a necessary function: It may offer hope in times of desolation, or motivate us out of states of suffering and depletion. Yet aspirations have their shadows. Striving can imply that the present moment is inadequate. It seems as though ambition has been elevated into a distorted religion. But our relentless cultural habit of structured goal-setting and futurizing are nonsensical once we gaze into the abyss. Existentialist philosophy and therapies, Buddhist notions of impermanence, and the Christian practice of memento mori (remember your death) all assert that the process of accepting the inescapability of death can help us to live a more meaningful life.

The amputation of my felt-sense of unfolding time was violent and sudden. It began with a visceral realization of how I spent my now-limited time. If lost time could not be recouped, did I really want to spend much (or any) of it at a professional association meeting, or organizing fundraisers, or trapped on long phone conversations with a needy acquaintance?

Over the next three years of treatment, I extricated myself from activities and relationships that either didn’t serve or took precious time away from core priorities: being present for my family, supporting my clients, giving what I could to my community, and — always — respecting my limitations. I no longer worried about reaching arbitrary goals, building “momentum,” or even growing a business. I sat with the person in front of me for the time they were in front of me. Each moment, pleasant or unpleasant, had become an end in itself, rather than a means to an end.

My small family downsized our home and our lives, and we adjusted expectations in order to reduce financial pressures. I abandoned long-term writing projects and wrote only when I felt I had something to say. I gave up the belts and stages of martial arts practice and instead took long walks. My book list shifted to shorter collected readings that would offer up new ideas along the way, free of the demand to reach every last page. Eventually, I had no more attachments or plans beyond a general weekly schedule, no more fantasies of a great come-and-get-it day. The tasks were simple: to fully live the one day I’d been given; to be who I meant to be in each moment, to the best of my abilities.

At first, this shift in my orientation to time was alienating and lonely as everyone around me continued to think ahead. Later, I realized I didn’t miss that. A large bite had been taken out of my sense of linear, causal, chronological time — the Greek notion of chronos. But what I’d found in its place was kairos: this particular, critical moment. The appointed time. The time of action.

My unpredictable cancer unpredictably became undetectable after 30 hard months of treatment. I have been off chemotherapy for a year and a half. It is possible that I have 10, even 20, years of time and health left. Or maybe this unpredictable cancer will reemerge when I least expect it. Maybe next week I’ll learn that I have a lesion on my optic nerve. No one knows, because there is no knowing.

A smaller, lighter sense of future has crept back into my life, terrifying in its own way. I can now permit myself to fantasize a year ahead, or sometimes two. I’ve noticed gentle new goals sneaking in: to spend a little more time teaching and a little less time counseling. I’ve applied to a seminary program, aware that I may not make it to enrollment or live to finish the program. But I do know this will be a pleasurable, meaningful project — one that I can make practical use of each new day. I can picture our home emptier as the kids move into the world. But my sense of meaning and identity aren’t dependent on any of these imaginings. I’ll be the best mother, partner, therapist, and friend that I can be, today. I will take long hikes and watch the hawks circle overhead. I will rest when I am tired. And when my time comes, it will have been enough.

Martha M. Crawford is a psychotherapist, coach and supervisor in private practice since 1998 in NYC and now in Santa Fe and the author of the blog What a Shrink Thinks.