“I’m actually here to speak directly to Donald Trump”: Fox was duped by an anti-ICE Democrat 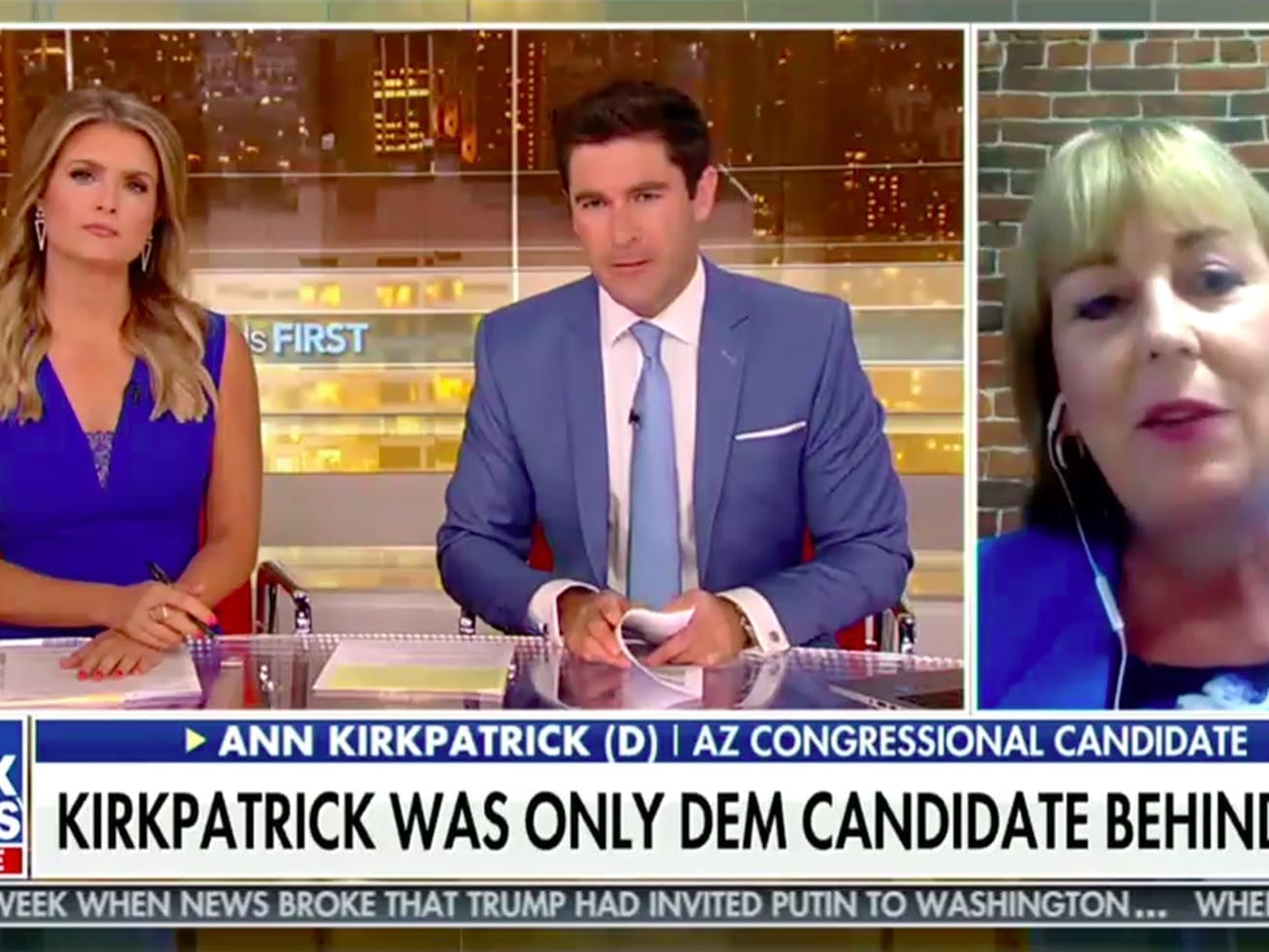 Fox News meant to invite a Democratic candidate for Congress who supports Immigration and Customs Enforcement, the agency that’s become a flashpoint among Democrats, to appear on Fox & Friends First on Monday morning.

Instead, they accidentally dialed in an anti-Trump Democratic state senator from Massachusetts, who delivered an impassioned on-air statement about family separation at the border.

During an early-morning segment for Fox & Friends First, hosts Jillian Mele and Rob Schmitt thought they were introducing Ann Kirkpatrick, a Democratic candidate running to represent Arizona’s Second Congressional District. Kirkpatrick made news after she was booed when she said she supported ICE during an election debate.

Mele introduced “the only Democrat onstage to support ICE,” and set up Kirkpatrick, who was supposed to appear via satellite, for what should have been a routine explanation of why she supports the contentious agency.

Instead, Mele and Schmitt were greeted by Barbara L’Italien, a Democratic state senator and congressional candidate from Massachusetts.

“Good morning. I’m actually here to speak directly to Donald Trump,” L’Italien began. “I feel that what’s happening at the border is wrong. I’m a mother of four and I believe that separating kids from their parents is illegal and inhumane.” She continued:

I’m actually Barbara L’Italien. I’m a state senator representing a large immigrant community. I’m running for Congress in Massachusetts. I keep thinking about what we’re putting parents through and imagining how terrifying that must be for those families, imagining how it would feel not knowing if I’d ever see my kids again. We have to stop abducting children and ripping them from their parents’ arms, and stop putting kids in cages, and stop making 3-year-olds defend themselves in court.

Schmitt and Mele soon realized they had booked the wrong guest. Mele retorted that “kids have been reunited with their families,” and Schmitt said, “The practice has stopped in court, Miss Kirkpatrick, right?”

But L’Italien was on a mission to get her point across.

“Again, my name is Barbara L’Italien, and I refuse to believe that our only options are open borders or traumatizing —” she said before the control room cut her off and removed her from the screen.

“That didn’t go as planned,” Schmitt said, before the hosts transitioned to their next segment.

It’s unclear how L’Italien ended up on Fox’s popular morning show. According to CNN’s Brian Stelter, executive producer Desiree Dunne said Kirkpatrick’s listed press contact accepted Fox’s invitation to appear on the show on her behalf. The press contact, Joe Katz, also provided some background information and Kirkpatrick’s campaign sticker. Everything seemed to be going smoothly until L’Italien revealed her true identity while live on air.

Live TV hiccups aren’t out of the ordinary. But this one happened on President Trump’s favorite morning show, so it’s possible that Trump, known for waking up around 5:30 am to check in on his favorite conservative news outlet, might have caught a quick glimpse of L’Italien. Will it inspire him to change his policies? Doubtful. But will it bruise his ego? Maybe so.

Vox Sentences: Nearly 17 months since Maria
Is Watchmen too confounding for its own good?
Showtime’s Work in Progress has gallows humor, smart writing, and Lilly Wachowski
Why even a super-accurate Covid-19 test can fail
Biden plans to continue many of Trump’s foreign policies — at least for now
Robert Redford bids farewell to the silver screen in the pitch-perfect The Old Man & the Gun