Immigrant moms have had more preterm babies since Trump was elected 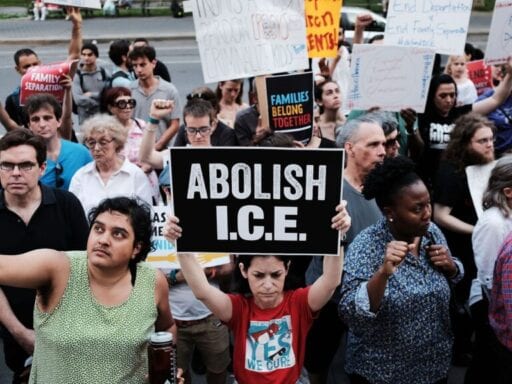 The study looked at all births in New York and found an especially pronounced effect among foreign-born Latina mothers.

“They’re bringing drugs. They’re bringing crime. They’re rapists. And some, I assume, are good people.” That was Trump talking about Mexicans in 2015, with a message that became central to his campaign, and likely helped him win the election.

Since then, the rhetoric has only gotten uglier — and the policies, harsher — for Mexicans and other immigrants to the US. Children have been taken from their parents at the border. A wall is being built. Longtime residents with kids born in the US are getting deported.

These policies have sowed fear, trauma, and stress: emotions that can have physiological effects researchers are now working to understand. By one important measure — preterm births — there’s disturbing new evidence that the policies and rhetoric may be indirectly making birth more dangerous.

The new study, led by researchers at the Harvard Chan School of Public Health and published in the Journal of Epidemiology and Community Health, looked at the premature birth rate in New York City among US-born women and immigrants before and after the 2016 US presidential election.

The researchers decided to focus on preemie rates because they’re an important and objective way to take a reading of population health. Early births are tracked at the state level and encoded on birth certificates, so they’re not a health outcome dependent on self-reported data. Stress and trauma are also risk factors for early births, and researchers in the past have seen birth outcomes worsen after events like 911 and immigration raids.

The new study found rates of preterm births overall have gone up since the election, but the trend is being driven by immigrant groups targeted by the Trump administration, especially Latinas. At the same time, non-Hispanic white women born in the US saw their premature birth rates go down slightly.

“[The administration’s] policies take a toll at many levels,” said Nancy Krieger, a professor of social epidemiology at Harvard and the lead author on the study. “One of them is on the health of the people now who are pregnant and the next generation to whom they give birth.”

Each year, about one in 10 babies in the United States is born prematurely. A premature birth is when a baby is born before the 37th week of pregnancy — or more than three weeks ahead of the estimated due date. When babies arrive early, they tend to be smaller and sicker — with trouble breathing, heart, brain, and metabolism problems, and underdeveloped immune systems.

In the short term, preemies face a higher risk of death. In the long term, they have higher rates of chronic diseases, hearing and vision problems, and learning disabilities.

Preterm birth rates rose for the total population — from 7 percent to 7.3 percent. That’s not a dramatic increase. But what was notable: The increase was largely driven by much sharper rises in the premature birth rate among foreign-born women from minority groups, Krieger said.

The most dramatic increase happened among Latina women born in Mexico and Central America: Their rate of preterm births jumped from 7.3 percent preelection to 8.4 percent after the election.

Moms from Middle Eastern and North African countries also saw their preemie birth rate rise from 5 percent to 5.4 percent, but they represented such a small group in the study, the researchers said the finding was suggestive but not statistically significant.

Importantly, there wasn’t a pronounced effect among mothers born in America.

“[This] is an outcome that can be affected by psychosocial stressors experienced during the pregnancy,” Krieger explained. Catastrophic life events or upheavals, as well as racism, during pregnancy are believed to mess with women’s hormonal and immune systems in ways that increase the risk of premature births. Unlike other potential drivers of prematurity — like environmental changes or socioeconomic shifts — “it is possible to observe [the] effects [of stress] in a short time span.”

The study is observational, meaning the researchers did not prove there was a cause and effect. They also only focused on one city, and Krieger hopes to see more research to analyze the problem more broadly.

But for now, the conclusions were pretty stark.

“Often in the US, people talk about the healthy immigrant effect — that people who are able to immigrate here are in better health and have better health outcomes than non-immigrants,” she said. “But when you see something that starts to rise among immigrants, that’s a noteworthy finding.”

The emotional toll of living with a health care worker in the pandemic
Every episode of Gilmore Girls, ranked
The Russian bounties on US troops in Afghanistan scandal, explained
How a dystopian neo-Nazi novel helped fuel decades of white supremacist terrorism
How Broadway’s Jagged Little Pill tries to reinvent the jukebox musical
Here’s where things stand in Congress’ $900 billion relief package negotiations