In 2020, scientists documented hundreds of new species. Here are a few. 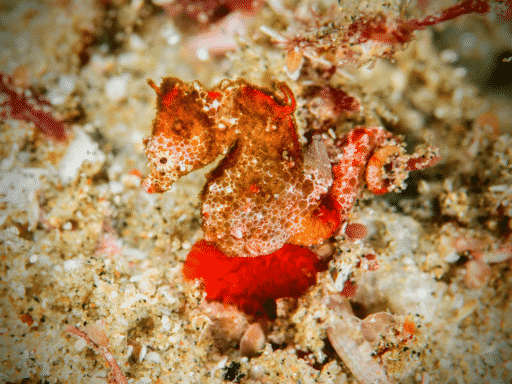 Most of life on Earth remains undiscovered.

It’s the year 2020, and scientists are still discovering new species of life on Earth. No one knows exactly how many types of life are yet undescribed in the scientific literature; estimates range from around 86 percent to as high as 99.99 percent. And even though we’re living through an age of great biodiversity loss, the scope and breadth of life on planet Earth is still revealing itself to scientists around the world.

These species weren’t necessarily first spotted this year. Instead, they were officially described in the scientific literature as unique species, some after decades of research.

Terry Gosliner, a curator of invertebrate zoology at the California Academy of Sciences, added one species of sea slug he first saw on a dive in the Philippines 23 years ago. As a sea slug expert, he knows immediately when he’s spotted one he hasn’t seen before. “It’s like if you walk into a room, and you know, almost immediately, if there’s a person in there who you haven’t met before,” he says.

But on that first encounter decades ago, Gosliner didn’t collect a specimen that would allow for DNA analysis, which is crucial for understanding if a presumed new species is actually new to science. Plus, this particular sea slug was nocturnal. “You just happen to have a chance encounter with it on a night dive,” he says. He found a second specimen in 2010. By then, “it was like encountering an old friend that you hadn’t seen forever,” he says.

It’s taken even more time to determine that this creature — now named Hoplodoris rosans — is a truly new entry in the scientific books of life. “The easiest part is finding them,” Gosliner says of discovering new species. The hard part is the scientific work that comes next.

After finding a species, “it’s a very lengthy process after that,” he says to describe a new species. Scientists need to study the DNA, the internal anatomy and external anatomy, “so that you can make comparisons about how that species differs from all the other species that are known.” Then those discoveries have to be written up and submitted to a peer-reviewed journal.

Gosliner and his colleagues also got to name the new species. They call it Hoplodoris rosans for a few reasons. Hoplodoris is the genus of the sea slug. But its species name, rosans, is named after the rose. They chose that because, for one, there are reddish-pink spots on the underside of the body. And two: “It has in its reproductive system this very large spine that holds mates when mating that was shaped like a rose thorn,” Gosliner says.

Along with Hoplodoris rosans, researchers at the California Academy of Sciences have described this year:

A pygmy seahorse about the size of a grape, called Hippocampus nalu.

A gecko residing in the city of Guwahati, India, called Cyrtodactylus urbanus.

A newly described flowering plant in Brazil in the Microlicia genus, Microlicia capitata.

And a new sea biscuit (sand dollar) in the Philippines, Clypeaster brigitteae.

Why scientists need to keep documenting life on Earth. And how you can, too.

It’s been a tough year full of sickness and death with the Covid-19 pandemic. It’s hopeful knowing how much there is yet to be discovered about our world. And it’s important work, too.

Between 2010 and 2020, 467 species have been declared extinct (though they might have actually gone extinct in decades prior), according to the global authority on species conservation status, the International Union for Conservation of Nature, or IUCN. Others have been brought to the brink, and still more are seeing serious declines in their population numbers.

In all, the UN’s Intergovernmental Science-Policy Platform on Biodiversity and Ecosystem Services estimates as many as 1 million species are now at risk of extinction if we don’t act to save them; that number includes 40 percent of all amphibian species, 33 percent of corals, and around 10 percent of insects.

A species can be discovered nearly anywhere: In 2012, a new species of ant was discovered in New York City, of all places. If you’re interested in species sleuthing, Gosliner recommends using the iNaturalist app to document critters and plants you see out in the world.

There, a community of citizen scientists can help determine if what you’ve scouted is truly new. And you don’t need to find something new, per se, to contribute to science. “Just yesterday,” he told me on December 18, “on iNaturalist there was a species of nudibranch [sea slug] that was found in the tide pools just south of San Francisco, that nobody had seen for many, many years. And so that was a really exciting thing to have documented.”

To protect more species, scientists need to know they exist in the first place.

“Describing new species is really documenting biodiversity on the planet,” Gosliner says. “There’s so many areas that we may lose species before we even know that they existed. If you never knew it existed, [and] then it disappeared — that’s kind of a tragedy from my standpoint. There’s the element of the excitement of discovering something new. But also, there’s the urgency that we really need this information to be able to protect biodiversity on the planet.”

The Snyder Cut rights a lot of Justice League’s wrongs
Air travel is surging. That’s a huge problem for the climate.
Why Bill Gates is worried
Welcome to the March issue of Vox’s The Highlight
Trump started a huge legal battle with California over lowering car emission standards
The 21 best movies of 2017