In conclusion, the Golden Globes are a land of contrasts 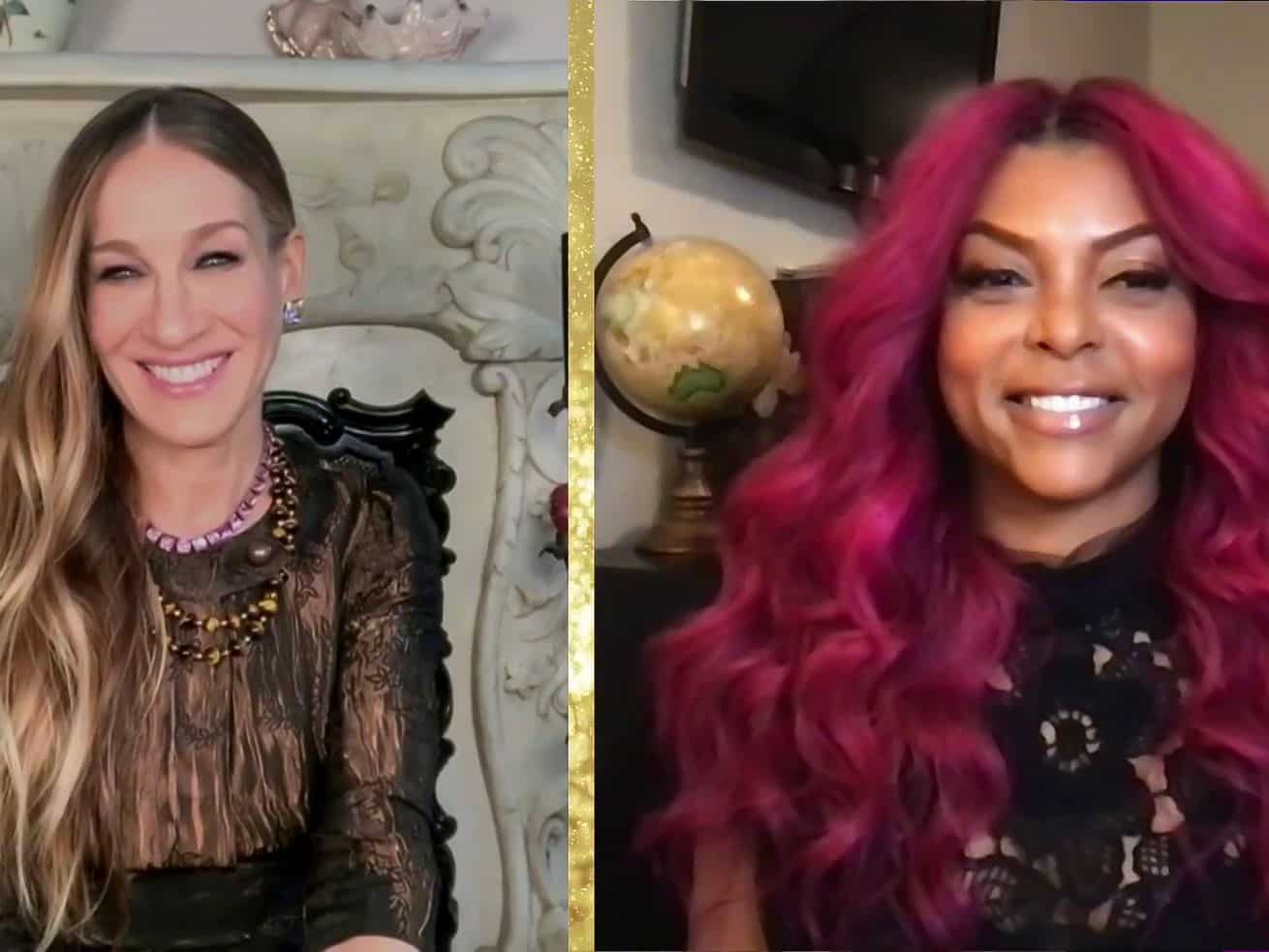 The 2021 nominations are as weird as ever.

What is there to say about the 2021 Golden Globe nominations? Every year, they float into the weary gray winter to offer up fresh amusement for critics, awards watchers, and anyone who just needs to say Who got nominated for … what?? early in the morning. And in 2021, an atypical awards year, they are bravely soldiering on, upholding their reputation as the goofiest awards show in all the land.

First, a reminder: The Hollywood Foreign Press Association — the group that gives out the Golden Globes — is a secretive body of about 90 people but never more than 100, and they don’t publish their membership roster. But to join, journalists must (ostensibly) fulfill a couple of basic requirements: Members must be based in Southern California but work for a non-US media outlet. And their main journalistic beat must be Hollywood.

In other words, the Golden Globes are given out by people who cover Hollywood, not people who work in the film and TV industries. Contrast that with the Academy of Motion Picture Arts and Sciences, the group that gives out the Oscars. Currently, that group numbers close to 10,000 and is made up exclusively of people who currently or formerly worked in some aspect of the entertainment industry. No journalists are allowed to join the Academy, so there’s no overlap between the HFPA and the Academy. But the Globes are still seen as a major kickoff to awards season and a semi-reliable predictor for the Oscars, largely because they’re timed to influence Academy voting.

The real reason ordinary people talk about the Golden Globes, however, is that they are on TV, and they’re usually pretty fun to watch, mostly because there’s an open bar and as the night wears on the stars sometimes get a little soused. (How the specifics of the 2021 ceremony will change to respond to the Covid-19 pandemic remains to be seen.)

This preamble is useful to recall on Golden Globe nominations day, because the nominations are always wild. There are always some predictable nods; for instance, if Cate Blanchett is eligible, she’ll probably get nominated. Nobody is surprised when a “prestige movie” directed by Aaron Sorkin or David Fincher makes the list, whether or not they personally liked the film. Schitt’s Creek picking up four nominations is no shocker.

But there are always some nominations that seem to come out of left field. It’s hard to know why the HFPA latches onto a certain show or movie, though it’s something of an open secret that the HFPA members are typically showered with attention (often in the form of cocktail parties and nice swag) by the studios’ awards campaigns. Winning an Oscar or an Emmy also tends to require an expensive campaign, but it’s easier to target the HFPA members, since there are far fewer of them.

You could also just argue that the HFPA has weird taste. And the way the categories are set up — for movies in particular, which has one slot for dramas and another for comedies or musicals, unlike the Oscars — lends itself to some real oddball choices.

Whatever the underlying reason, the 2021 nominations are no exception. Here are some standout eccentricities from this year’s list:

It’s foolish to be too annoyed at the Globes for these sorts of things, because their idiosyncrasies are kind of what keeps us coming back.

And plenty of good choices, or at least predictable choices, also abound. Promising Young Woman continues to sail through a strong awards season with four major Globes nods, including Best Picture — Drama, Best Director and Best Screenplay for Emerald Fennell, and Best Actress in a Drama for Carey Mulligan. HBO Max’s The Flight Attendant picked up nominations both for Best TV Series — Comedy and for its brilliant star, Kaley Cuoco, whose performance makes the show sing. Steve McQueen’s Small Axe series of films picked up two nominations, one in the complicatedly titled “Limited Series or Motion Picture Made for Television” category and one for John Boyega, who stars in the third film, Red, White and Blue.

Both Viola Davis and Chadwick Boseman picked up nominations for their performances in Ma Rainey’s Black Bottom. Maria Bakalova, whose gonzo performance was the standout element of Borat Subsequent Moviefilm, earned a Best Actress nod. Leslie Odom Jr. nabbed a spot for his supporting role as Sam Cooke in One Night in Miami, which also garnered a nomination for its director, Regina King, and its original song.

Riz Ahmed claimed a lead actor spot for his outstanding performance in Sound of Metal. Netflix’s The Crown walked away with six nominations, including Best TV Series — Drama. And the most women ever have been nominated for directing films, which means just three: King for One Night in Miami, Chloé Zhao for Nomadland, and Fennell for Promising Young Woman.

Then again, there are some strange omissions, or what awards watchers prefer to call “snubs.” Despite a reasonably diverse group of acting nominees, it’s notable that the Best Picture — Drama category is populated entirely by movies that focus on stories about white people: The Father, Mank, Nomadland, Promising Young Woman, and The Trial of the Chicago 7. In a year that boasts an embarrassment of riches in Da 5 Bloods, One Night in Miami, Judas and the Black Messiah, and Ma Rainey’s Black Bottom — all of which one could reasonably argue are stronger dramas than some of these nominees — the omission is glaring.

Andy Samberg was (rightly) nominated for Palm Springs, but his co-star, Cristin Milioti, who is arguably even better than Samberg in the film, was shut out. The highly praised HBO series I May Destroy You is nowhere to be seen — let me reiterate that Emily in Paris got two nominations — and the lion’s share of the TV selections seem to have been based around comfort-watching. (Lovecraft Country was nominated as a series, but none of its performers earned an individual berth.)

Meanwhile, the acclaimed film Minari was relegated to the Best Foreign Language Feature category, where it technically fits; its dialogue is mostly in Korean. But the fit is uneasy. It’s an American story, set in America, written and directed by an American (Lee Isaac Chung), financed by an American company (A24), and it tells an American story. The movie has a good chance to win the Golden Globe in this category, but many have seen its placement as an implicit statement by the HFPA that a movie that isn’t in English doesn’t deserve to compete in the “big” drama category. (It’s worth noting that at the Oscars, the comparable category is “Best International Film” and based on a different set of criteria for which Minari will not qualify; if nominated at the Oscars, the film will compete in the broader categories.) None of Minari’s stars earned a nomination either.

We could talk all day about what’s good and bad about the Golden Globe nominations. (Twitter certainly will.) Those conversations will continue happening for the next three and a half weeks before the ceremony takes place — in some kind of virtual form, hosted by Amy Poehler and Tina Fey — on February 28.

But what’s important to remember, as always, is that the Golden Globes don’t represent much of anything about the makeup and proclivities of Hollywood itself. For that, we must look to the Oscars or the Emmys. The Globes are the representation of the taste of approximately 90 people who cover the entertainment industry for outlets in other countries, and who are heavily courted by people whose job it is to raise the visibility of certain shows and movies, especially in the eyes of Oscar voters. The Golden Globes nominations practically beg to be taken with a teaspoon or two of salt, and probably a shot of vodka.

And in a month, we’ll be scratching our heads at the winners and moving on. The real Golden Globes, you might say, are just the friends we made along the way.