In R.O. Kwon’s terrific new novel The Incendiaries, a cultist looks for meaning in tragedy 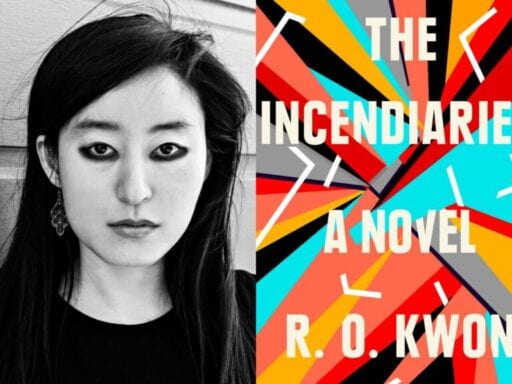 Kwon’s debut is a shiningly ambitious look at how human beings try to fill the holes in their lives.

Early on in The Incendiaries, the shiningly ambitious debut novel from R.O. Kwon, piano student Phoebe comes to a great realization: She will never be a true artist, because she cannot escape from herself.

“Playing had to be birthed in a place without ego, in which I didn’t exist except as the living conduit,” Phoebe says. But she concludes that such selfless artistry is beyond her, and for this reason, her music will always be mediocre.

Or at least, that’s what we’re led to believe that Phoebe concludes. Each chapter of The Incendiaries is narrated in the voice of one of the book’s three main characters, and Phoebe’s epiphany comes in one of her chapters, delivered in her voice. But it eventually becomes clear that the only character we’re really hearing from is Will, Phoebe’s boyfriend. Phoebe’s chapters are just Will’s best attempt to ventriloquize Phoebe’s voice, to erase his ego and become Phoebe’s living conduit.

That’s because in The Incendiaries, all the characters are trying to lose themselves, to dissolve their egos in the service of something greater: art, or love, or religion. But it’s not entirely clear that such a goal is truly worthwhile. Because when some of them actually succeed in surrendering themselves to what they believe to be a higher good, the results are catastrophic.

Will and Phoebe build their relationship in an attempt to fill the holes in their lives. It doesn’t work out.

Phoebe and Will are both college students desperately searching for something to bring meaning and order to their lives in the wake of a loss. Phoebe has abandoned piano playing on the grounds that if she will never be great, there’s no point in continuing to work at it, and now her life feels empty; she’s also filled with grief and guilt over the death of her mother, for which she blames herself. Will is a former evangelical who has lost his religious faith, “at which point,” he says, “I’d had to give up a long-held plan to assign my life to God.”

For both Will and Phoebe, their relationship feels like an opportunity to at last grab hold of the structure they’ve lost, to fill the hole left behind by music and God through their single-minded love for one another. But in Will’s backward-looking narration, there’s a hint of doom even to the heady early days of their relationship: It’s not really possible, The Incendiaries seems to suggest, for one person to become the single focus of another person’s life. And when Will tries to push the issue, he commits a horrific betrayal.

When Will and Phoebe’s relationship begins to falter, there’s another project waiting in the wings in the personage of The Incendiaries’ enigmatic third main character, John Leal. Leal is the leader of a religious cult called the Jejah, and he wants Phoebe to be his latest recruit. For Phoebe, the Jejah seems to offer one last chance to find meaning and order in her life: She can finally lose herself in the way she was never able to do as a pianist or a girlfriend, by giving up her ego to the higher power that is John Leal.

From the novel’s opening pages, we know that the Jejah will eventually blow up a building under Leal’s leadership, that Phoebe will be involved, and that Will won’t be. “This is where I start having trouble, Phoebe,” says Will in the first chapter. “Buildings fell. People died. You once told me I hadn’t even tried to understand. So, here I am, trying.”

The book that follows is Will’s attempt to fully understand what happened, to lose himself in an effort to recreate Phoebe’s perspective, just as Phoebe and the other Jejah eventually lose themselves to Leal’s apocalyptic visions. The source of tension here isn’t the question of what will happen, because we know what’s coming; it’s why, and whether the reason is something that we and Will together have any chance at all of truly understanding.

As Kwon weaves her way through this story of absences and omissions, her language stays sparse and stark. We are given the bare minimum of grounding in time and place: We know that we are in an American college town, sometime after the advent of emails and cellphones, but no national events or national figures are ever named, and the technology never gets specific enough to give us any concrete sense of when the story takes place. Will and Phoebe seem to float through a world defined by its lack of moorings, and that is part of what lends poignancy to their desperate search for something, anything, around which they might organize their lives.

For Will, the organizing figure is Phoebe, and even after their relationship ends, he is still trying to give himself over to her in order to tell her story. But The Incendiaries refuses to reveal whether Will is truly successful, whether he is able to give us a sense of who Phoebe is beyond Will’s idea of her. This is a novel of ambiguity, one in which meaning is created around absence, and in such a world, there are no easy answers.

How the Sears catalog transformed shopping under Jim Crow, explained by a historian
Why pandemics activate xenophobia
Thousands of protesters in Beirut call for “the fall of the regime” in the wake of the blast
“We’re both the comfortable and the afflicted”: What gets overlooked when we talk about anti-Asian r...
Live results for the New Hampshire and Rhode Island primaries
Google says it won’t use your Fitbit data to target you with ads. But what else will it do?