In Sharp Objects, secrets are the sharpest weapons of all 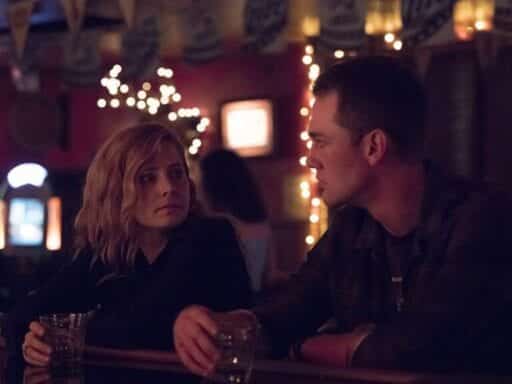 In “Ripe,” the line between endangered and dangerous is written in secrets.

So far, HBO’s Sharp Objects has meandered through its small-town murder mystery at a deceptively slow pace. On its face, this gives us time to pause and look around and enjoy the scenery: the bucolic locations, the flawless acting, the gorgeous imagery.

But as we’ve observed before, Sharp Objects is also giving us a much deeper interrogation below the surface into small-town politics, gender dynamics, and power structures. And while episode four, “Ripe,” may have seemed to be giving us very little by way of plot, it was actually imparting a parade float-load of information — just not in conventional ways.

Sharp Objects is slowly revealing its true methods of detection

At this point in our story, Amy Adams’s boozy journalist Camille is done with the initial pretense that took her back to her hometown. Her story on Wind Gap’s two young murder victims, Natalie and Ann, has been filed. Now, still on orders from her editor, she’s just hanging around looking for follow-ups — but for the time being, she’s doing very little writing and a lot of listening.

But all these things should tell you something very important about how this show is unfolding not only its plot but its underlying agenda, which is to explore how women in repressive cultures like the small-town South learn to manipulate gender expectations and systems of power. As we saw in episode three, the men of Wind Gap are constantly underestimating the town’s women, but as episode four steadily unwinds, we start to understand that the women are using their own separate language to stay far ahead of the men.

The show itself gives viewers a huge tip-off. As Camille shows Detective Willis around town — exchanging information for information — she tells him that the way of Wind Gap is to “find out all your secrets and then use them against you later.” This sounds like a cliché, but much of the truth about what’s happening in Wind Gap is masquerading behind platitudes — like the idea that the women are all talk, too gentle and passive for murder.

In “Ripe,” what we start to see clearly, if we pay close attention, is that the passivity is a huge tool. When Camille listens to everything the other characters are saying, she’s stockpiling information, because she knows well that in Wind Gap, information is power — specifically, information about the past, and secrets.

And while Sharp Objects started out being full of literal sharp objects, in the forms of knives, pins, needles, and possibly even the venom of one prominent spider, as the series has gone on, we’ve seen less of those and more of the kinds of weapons that wound in different ways. In this episode, listening to what characters were saying and doing, I began to piece together that the real sharp objects of Wind Gap are all about knowledge and who controls it.

Camille’s ahead of me. She’s already figured out that if you want to know who killed Natalie and Ann, you have to start by figuring out who’s weaponizing what against whom.

Weaponized objects in Wind Gap boil down to two things: sex and secrets

Here’s a rough rundown of all the “clues” we know so far pertaining to the actual murders:

When you add all this up, it’s really not a lot. But when you add up everything else that’s happening, through either cryptic conversations or implied suggestions about the past, things that don’t ostensibly seem connected to the murders start to seem ominous.

The most blatant example we see of this in “Ripe” is a conversation between Adora and Chief Vickery. In the middle of what seems like a heavy flirtation, he suggests canceling “Calhoun Day,” a festival day Adora personally oversees, because the murders haven’t been solved yet. Adora politely reminds him that she could have him removed from office. In response, Vickery replies, “We need to talk about your girls.” Later, he goes to Adora’s best friend Jackie and tries unsuccessfully to get her to talk to him about “the Preaker girl” — which could be a reference to either Camille, Amma, or Camille’s other deceased sister, about whom we (so far) know very little.

Though these exchanges may not seem substantial, they illustrate vividly how power works in Wind Gap. Sex is a tool to gain access to information — because true power depends on knowing secrets, and knowing how to deploy them. Vickery’s no fool; when Adora threatens his power, he threatens hers right back, by implying that there’s something about her girls to be uncovered.

And though he describes Amma and Camille as being alternately “dangerous and in danger,” he doesn’t specify which is which. Adora has already told Amma that Camille’s the dangerous one, and Amma seems young and vulnerable. If we look at who’s deploying more “sharp objects” to gain power and control over the people around her, however, Amma seems to be the winner. She knows how to manipulate her friends, she’s working on deploying her sexuality as a weapon, and she seems to be a vast repository of secrets. How much of this makes her vulnerable rather than empowered is difficult to say, but what’s clear is that she’s using the tools and speaking the language that all the women of Wind Gap use: sex and secrets.

In the game of weaponization, the women all have the advantage — and Camille might have the biggest one of all

Sharp Objects makes it clear that the women of Wind Gap all have a huge advantage because their weapons are passive-aggressive rather than actively aggressive. The narrative of the murders as being acts of random aggression obscures the reality of the crime and the reality of the two male suspects. The narrative around Bob Nash is that he’s violent and troubled, but he’s also a homemaker who’s perpetually shown doing domestic chores as he raises his three remaining children. The narrative around John Keene is a homophobic one that paints him as too sensitive and “unnatural,” but this punishes him for going through the natural process of grieving his dead sister.

Meanwhile, all the women either have something to hide or know a secret that someone else is hiding. John’s girlfriend, Ashley, seems to have all kinds of intel on John and his family dynamics that she’s keeping to herself, which puts her in a powerful position. Jackie’s in a safe position for now because she’s not giving up whatever she knows about Camille’s family. Adora’s physical and economic power is enhanced by the fact that we have no idea what she knows and doesn’t know, but we suspect it’s a lot; and Adora’s lifelong housemaid may wind up having more power than anyone in town because she’s been absorbing information about the Preakers for decades.

This longevity is also crucial to the game, because as Camille notes, the trick is to save what you know and use it “later.” The past is never dormant in Wind Gap; it’s a turbulent hotbed beneath a calm surface, and the more access you have to the past, the more power you have over the present. In one scene in “Ripe” where Amma tries to seduce one of her teachers, the two have a strange conversation about history: He reminds her that you can’t change it, and she seems to reject the idea. Like her mother, she understands that whoever’s in charge of the narrative controls history.

Camille understands this as well; while giving Willis a guided tour through Wind Gap’s wooded criminal hot spots, she keeps vague on details and vague on her own traumatic sexual history, to maintain both her nebulous control over it and her growing control over him. Though most of Camille’s actions in Wind Gap are designed to appear passive, when she has to, she can deploy both sexuality and information to gain power.

In essence, Sharp Objects is putting its crime-solving methods directly in front of us — listen to what people are saying, notice who knows what and who’s weaponizing sex and knowledge of the past against whom. We’re expected to discount the entire apparatus as just gossip, exactly as Vickery and Willis are currently doing. The only one who’s not, so far, is Camille.

And so when Adora flings this week’s jaw-droppingly abusive insult at her, telling her she “smells ripe,” it’s a layered moment. Her mother just called her a trashy, alcoholic slut, yes. But the moment also suggests that just like all the women in Wind Gap, the things about Camille that cause everyone to overlook her will be the things that allow her to gain the most power and information in the end.

That said, Camille’s past is also a weapon, a sharp object of its own. Sharp Objects’ director, Jean-Marc Vallée, loves to play with color symbolism, so it’s no coincidence that the entire color scheme of this episode is a notoriously tricky red/green palette most famously used in Vertigo. This is a time-honored color code for jealousy, obsession, and, as in Hitchcock’s masterpiece, a nebulous past/present overlay presented by an unreliable narrator. Camille may be in the position to do some murder-solving, but first, she’s going to have to regain control over her own narrative.

Otherwise, recalling Vickery’s words about the endangered and dangerous, she might find herself in plenty of danger of her own.

Bills targeting trans kids are getting defeated in state legislatures
Happy Prime Day! Experts worry Amazon is building a dangerous monopoly.
The progressive vision for economic growth, explained
Every August 7 primary election you should know about, briefly explained
2020 Democrats finally got specific on foreign policy in the Iowa debate
The Supreme Court saved DACA because of a paperwork error by the Trump administration