In the ruminative new novel Transcendent Kingdom, a neuroscientist searches for the soul 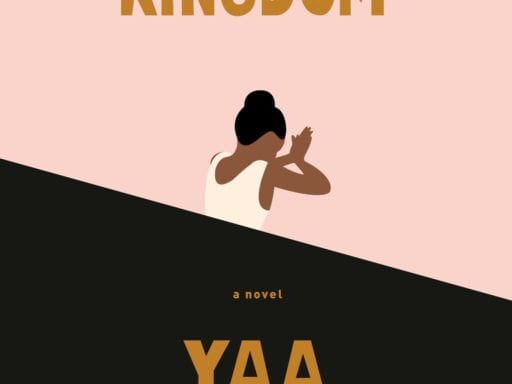 Homegoing was a sprawling generational novel. In her new book, Yaa Gyasi narrows her scope.

“Homo sapiens,” Yaa Gyasi writes at the opening of her achingly lovely new novel Transcendent Kingdom, “is the only animal who believed he had transcended his Kingdom,” meaning the biological classification of the animal kingdom. We think of ourselves as beings who are more than our meat and electricity; we think of ourselves as beings with souls. And Gifty, the narrator of Transcendent Kingdom, is trying to work out exactly what our souls might be.

Gifty is interested in questions of the soul because she is a grad student studying neuroscience, and thinking about what makes human beings work is part of her job. But she chose her profession, she tells us, less because she thinks the work is important and helpful, and more because it was the hardest thing she could think of doing, and she craves hard work. She grew up in Alabama as the daughter of Ghanaian immigrants. Her brother Nana died of an overdose, and at the white evangelical church her family attended, she overheard parishioners murmur that his opioid addiction was to be expected, because “their kind does seem to have a taste for drugs.” Gifty has a lot to prove, and she believes, she tells us, that “nothing but blazing brilliance would be enough to prove it.”

But Gifty is not being entirely honest when she suggests that she does her work purely out of a desire for self-aggrandizement. Her research could have major implications for treating addiction and depression, and as Gifty’s narrative flicks back and forth between past and present, it becomes clear that both those issues are personal for her.

Gifty’s father went back to Ghana when she was very young, unwilling to bear the weight of American racism. Her brother Nana developed his opioid addiction after his doctor prescribed OxyContin for a basketball injury, and when he died, Gifty’s mother fell into a profound and debilitating depression that left her bedridden.

As a people-pleasing child, Gifty is profoundly pious, and she believes that God will deliver her family from these evils out of the purity of her religious devotion. But after the twin blows of her family’s tragedy and her home church’s racism strike down her faith, she finds herself reeling for new ways of constructing meaning. Science seems to provide answers, or at least new ways of asking the old questions.

Transcendent Kingdom is Gyasi’s second novel. Her first, 2016’s Homecoming, made a giant splash: Gyasi sold it when she was 25 for a reported $1 million advance, and it was wildly acclaimed by both Oprah and the New York Times. Homecoming was a sprawling generational narrative, a novel in stories that covered centuries and continents to explore big social issues like racism and inherited trauma after Middle Passage.

But with her sophomore novel, Gyasi is narrowing her scope. Transcendent Kingdom is the story of one specific girl in one specific family: It is interior, psychological, and deeply focused on sifting through the layers of Gifty’s mind as she studies and prays and experiments to try to find her way to what lies at the core of human beings.

This is a quiet, ruminative story, proceeding through its ideas as carefully and deliberately as cautious Gifty proceeds when she makes her way through an experiment. Its intensity crept up on me slowly, so that I found myself registering Gyasi’s most startling images — an egg with its shell dissolved; a mouse with a psychosomatic limp — only after I had closed the book and saw them lingering behind my eyes hours later. The quietness is deceptive: Underneath all that deliberation, there’s someone screaming.

The pleasure of Transcendent Kingdom comes from peeling back all that deliberation, or perhaps more accurately, dissolving it, the way Gifty dissolved an eggshell in vinegar during her first practical science experiment. Once all the protective tissue is gone, there is the bare and quivering yolk. It’s the soul of the egg, revealed to us at last.

France’s mass protests against a controversial police security bill, explained
Bob Woodward withheld his Trump revelations for months. Was that wrong?
Why heat waves and Covid-19 can be a dangerous combination
The Lost Year: A year in the life of a mail carrier (The year is 2020)
The Senate represents states, not people. That’s the problem.
The complicated story around Rep. Katie Hill, explained