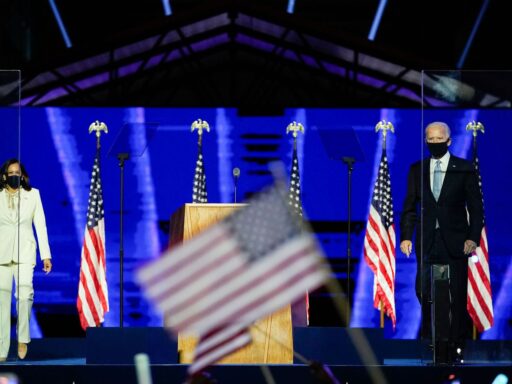 Joe Biden will be sworn in as president and Kamala Harris as vice president on January 20, 2021.

Joe Biden and Kamala Harris will be officially sworn in as president and vice president on Wednesday, January 20, 2021, in Washington, DC. But the inauguration will look very different from previous years, both because of concerns about large gathering due to the coronavirus pandemic and a significant increase in security presence in the aftermath of Trump supporters’ attack on the Capitol on January 6.

So what will Inauguration Day look like? In addition to the official swearing-in ceremony on the west side of the Capitol, the president-elect, first lady, vice president-elect, and second gentleman will participate in a “Pass in Review” with members of the military, according to the Presidential Inaugural Committee. The president-elect will also receive a presidential escort by members of the military to the White House. Finally, in place of a traditional parade, the committee will produce a virtual parade across America that will be televised.

You can watch the inauguration streaming online on Vox and elsewhere.

Trump judge says his ruling attacking protesters’ First Amendment rights was wrong
Fort Worth police had problems way before the Atatiana Jefferson shooting
The quest to build the most diverse Cabinet in US history, explained
The vaping-related illness outbreak has peaked — but it’s not over
Leigh Bardugo turns Yale into a haunted, haunting fantasy world in Ninth House
The real villain of John Bolton’s Trump book is John Bolton