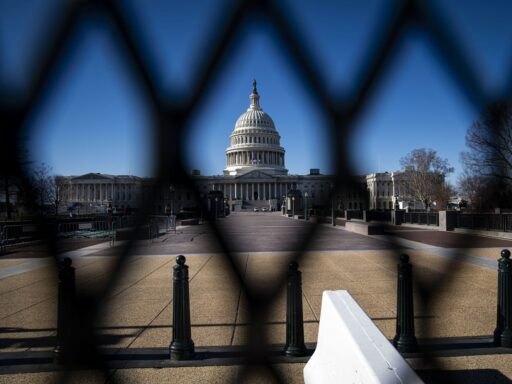 Airbnb, HotelTonight, and some DC-area hotel properties are removing bookings the week of January 18, in response to federal warnings of potential unrest at the Capitol.

Officials and residents in Washington, DC, are on high alert in the days leading up to the presidential inauguration on January 20. A week after the storming of the Capitol by a mob of Trump supporters, law enforcement is bracing for a repeat of events, and local officials are urging residents to stay home for inauguration week. The travel and hospitality industry, as a result, are enacting stricter security measures, even working with security officials to identify guests who might be associated with violent groups.

Airbnb is canceling all reservations and halting new bookings in the DC metropolitan area during inauguration week. Travelers will be fully refunded and hosts will be compensated for the amount of the intended stay. The company has previously announced it will ban any guests associated with a hate group, or who have violated certain community policies by engaging in violent or criminal activity. Airbnb is also working with law enforcement to identify any guests that might have been involved in the riots at the Capitol. (Since the Charlottesville, Virginia, riot in 2017, Airbnb has worked to remove accounts or bookings of those associated with white supremacist hate groups and violent rallies.)

This latest measure, which also applies to Airbnb-owned HotelTonight, is a direct response to local, state, and federal messaging. The vacation rental platform said its decision was “informed by inputs from [its] local host community as well as Washington, DC officials, Metro Police, and Members of Congress throughout this week.” The company became aware of FBI reports warning of plans for armed, potentially violent protests at the US Capitol and all 50 state capitols.

DC Mayor Muriel Bowser, Maryland Governor Larry Hogan, and Virginia Governor Ralph Northam issued a joint statement on Monday encouraging Americans to not travel to the nation’s capital. “On January 20, there will be a transition of power, and we will work together, and with our partners in the federal government, to ensure the safety of the National Capital Region,” the leaders wrote.

Some hotels, such as Hotel Harrington and Eaton DC, remained closed for a few days during the pro-Trump riots on January 6. An Eaton spokesperson confirmed to Vox that the hotel will be closed through January 22 during inauguration week, while Hotel Harrington’s reservations desk said that all of its available rooms are fully booked for inauguration week. Hospitality unions were aware of the potential for violence and unrest prior to January 6, and union representatives hope similar measures — such as allowing employees to stay home at certain locations — will be implemented next week.

Some hotels that stayed open during the Capitol riots dealt with uncooperative guests, who defied mask-wearing, local curfews, and instructions from authority figures, the Washington Post reported. For example, a group of Proud Boys was involved in an altercation at The Line DC and was promptly removed from the property.

Concerned DC residents and members of the Advisory Neighborhood Commission have urged city officials to encourage hotels and short-term rental hosts to temporarily halt rentals during inauguration week. However, certain hotel chains, such as Hyatt or Marriott, haven’t explicitly announced whether they will halt or cancel reservations. A spokeswoman for Marriott told the New York Times that it’s monitoring the situation in Washington “very closely and has operational and security plans in place.”

How 70 years of cop shows taught us to valorize the police
White UConn students were arrested for shouting the n-word. Black students say the incident is part ...
George W. Bush honors McCain as “unwavering, undimmed, unequal”
You can survive winter and not spread Covid-19. Here’s how.
August 7 primary: live results for Ohio, Michigan, Kansas, Missouri, and Washington
3 European countries are about to lift their lockdowns