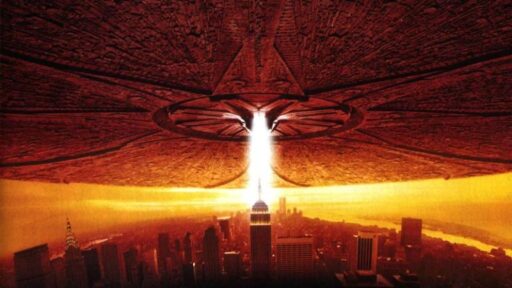 Independence Day didn’t become the quintessential movie to watch over the July 4 holiday in the US purely because of its title (though that certainly didn’t hurt). It was, on many levels, a groundbreaking film of its own — in the most American of ways.

The term “blockbuster” became an established part of the Hollywood vernacular in 1975, when the exciting, record-setting Jaws destroyed box office records and delighted people so much that they returned to the theater to see the film again and again. The term had popped up in Hollywood before Jaws — but after Jaws, it came to define a new genre: that of the big-budget, action-packed film with wide appeal intended to rake in serious moolah in ticket sales.

The decades that followed ushered in a string of big-budget studio movies that would become iconic summer blockbusters, including the original Star Wars films (which were all released in May) and E.T. the Extra-Terrestrial (which came out in June). Before long, making summer blockbusters had become standard practice Hollywood. And nearly 20 years after Jaws, in 1993, Jurassic Park became the latest iteration, taking its place as the highest-grossing film of all time.

In the movie, which takes place over the Fourth of July, unnerving, unexplainable phenomena begin to appear all over the globe. The truth becomes impossible to ignore: Earth is under attack. And it’s up to a motley band of Americans, including a satellite technician (Jeff Goldblum), a Marine pilot (Will Smith), a former combat pilot (Randy Quaid), and the American president (Bill Pullman) to save the world.

That Super Bowl commercial cost Fox $1.3 million — and it was only the beginning of a massive, months-long ad campaign aimed at maximizing box office revenue for Independence Day.

In the months that followed, Fox cut a promo deal with Apple, and scenes from the film in which Goldblum’s character uses a PowerBook appeared in Apple’s advertising. Tie-in toys were created, and Coors and Coca-Cola cut product placement deals. Teaser trailers and taglines like “Don’t make plans for August” blanketed the public consciousness. The Clinton family enjoyed an early screening at the White House.

Finally, the weekend before Independence Day’s release, a half-hour special about the film aired on Fox, including what you might call a “fake news” report on the film’s alien invasion premise.

And all of these efforts paid off, beyond almost anyone’s wildest dreams. With more than $817.4 million in ticket sales worldwide, Independence Day became the highest-grossing film of the year, beating out movies like Twister and Mission: Impossible to nab the spot. It was briefly the second highest-grossing film of all time until The Lost World: Jurassic Park came out in 1997, and came very close to surpassing Jurassic Park’s opening week record.

In some theaters, Independence Day opened on July 2, both because that’s the date when the film’s events begin and because anticipation from moviegoers was so high. The movie won tenuous praise from critics — more for nailing the blockbuster genre than for cinematic craft — and raves from audiences. It was ultimately nominated for two Oscars, and won for Best Visual Effects; its soundtrack won a Grammy. And Fox sunk another $30 million into a marketing campaign for the movie’s eventual VHS release, which coincided with Thanksgiving.

All of this marketing success put studios on notice. Independence Day began the now time-honored tradition of kicking off the marketing campaigns for big-budget movies with an expensive Super Bowl ad slot. It also kicked off a wave of interest in big-budget science fiction movies, with film studios hoping to capitalize on the surge with titles like Men in Black (1997) and Armageddon (1998).

Independence Day is more product than movie, which isn’t really a strike against it: Like an amusement park thrill ride or a skydiving expedition, the experience of watching it is more about adrenaline and excitement than the artistic qualities of the movie itself. The catharsis of seeing the world destroyed (and then seeing the American president save it) was just right for its moment — when just enough optimism still reigned and computer animation was new enough that the images felt new and invigorating rather than dark and foreboding — and people loved it.

Movies like Independence Day partly succeeded because people could see the movie with their friends or family in the theater and talk about it at work, or over the backyard grill. It was cool and awesome and fun, and that’s all it needed to be.

And, like any good product, the success of Independence Day was a function of its then-pioneering marketing push, which set a template for future big-budget films. Today, selling your film to audiences isn’t just about cutting a good trailer and running it on TV during NFL games, and maybe getting a toy into Happy Meals. It’s about teaser campaigns and cross-promotion and stealth marketing and post-credits scenes that make people want to see the sequel that hasn’t even been shot yet.

The golden age of the blockbuster seems to have ended here in the US; not long ago, the abysmal Independence Day: Resurgence flopped at the domestic box office. But the blockbuster is still alive and well in big markets like China, where movies like Alien: Covenant or The Mummy — both of which crashed and burned in America — do just fine.

So it turns out that in a post-Independence Day world, the next big step in the evolution of the Hollywood blockbuster was to export it for global consumption.

Watch the trailer for Independence Day:

Ring is finally requiring a basic security feature to help prevent hacks
Brexit is finally happening. On January 31. For real this time.
The absurdly high cost of insulin, explained
How hatred of gays became a key plank in Hungary’s authoritarian turn
Kevin Hart’s Oscars controversy feeds the stereotype of the black homophobe
“We can’t let things settle down”: George Floyd and Eric Garner’s families call for racial justice a...