Instagram’s co-founders just quit. That could be bad news for Facebook. 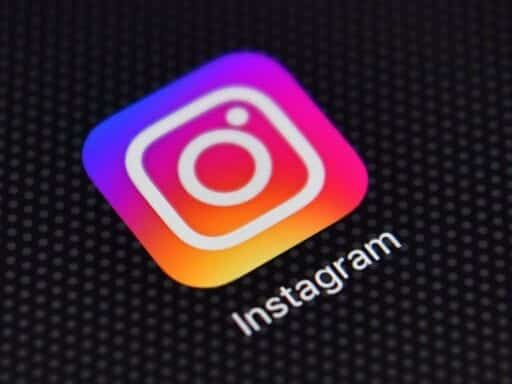 Instagram’s co-founders are headed for the exit, perhaps signaling more trouble for Facebook, which owns the photo-sharing app.

Kevin Systrom, Instagram’s chief executive, and Mike Krieger, its chief technology officer, have resigned and plan to leave in the coming weeks. The New York Times was first to report the move on Monday, which the company later confirmed. In a statement, Systrom said he and Krieger are “grateful” for their time at Instagram but are “ready for our next chapter.”

“We’re planning on taking some time off to explore our curiosity and creativity again,” Systrom said. “Building new things requires that we step back, understand what inspires us and match that with what the world needs; that’s what we plan to do.”

Instagram has been a bright spot in Facebook’s broader business umbrella. It purchased the app for $1 billion in 2012, and according to the Times, citing Bloomberg Intelligence, Instagram has since been valued at 100 times that — a sizable return on its investment.

Facebook’s stock saw its biggest one-day drop in history in July after its second-quarter earnings report showed slower-than-expected revenue growth, and the company said it expected declines to continue in the second half of the year. Facebook got pretty much no new users in the United States and Canada during the second three months of the year, and actually lost some in Europe. That spooked investors already worried about the potential fallout from technology regulatory changes in Europe and privacy concerns springing from the Cambridge Analytica scandal in the US.

But Instagram has largely escaped Facebook’s issues. Ad spending on Instagram grew more than 200 percent year over year during the second three months of this year, according to one analysis. The app hit 1 billion monthly active users this year, outpacing Facebook and rival Snapchat significantly in terms of growth. Bloomberg reports that one analyst predicted earlier this year that Instagram will provide about a quarter of Facebook’s total revenue by 2020 — $20 billion.

An analyst at JPMorgan said in a note to clients Tuesday, reported by CNBC, that Systrom and Krieger’s departure was “surprising” and that Facebook’s shares would likely come under “meaningful pressure” for their exit in the near term.

The messaging app WhatsApp, another Facebook acquisition, has also been a strong point for the company — and one where the app’s original founders have clashed with Facebook’s leadership. WhatsApp co-founders Jan Koum and Brian Acton left the company earlier this year after a series of clashes over putting ads in the app.

According to the Wall Street Journal, Instagram’s co-founders battled with Facebook leadership, including Zuckerberg, over growth tactics, and their disagreements were similar to those experienced by the WhatsApp co-founders. One person familiar with the matter told the Journal the relationship had become “tense” in recent months.

Thus far, the Instagram leadership team’s exit is playing out cordially, at least in public.

“Kevin and Mike are extraordinary product leaders and Instagram reflects their combined creative talents,” Zuckerberg said in a statement. “I’ve learned a lot working with them for the past six years and have really enjoyed it. I wish them all the best and I’m looking forward to seeing what they build next.”

The climate change policy with the most potential is the most neglected
New York has 12 times as many coronavirus deaths as California
Joni Ernst didn’t know the price of soybeans. Here’s why that could cost her.
Why the coronavirus has taken so many lives in US nursing homes
I tried to write an essay about productivity in quarantine. It took me a month to do it.
It’s Secret History month at the Vox Book Club. Question #1: Did Bunny have it coming?