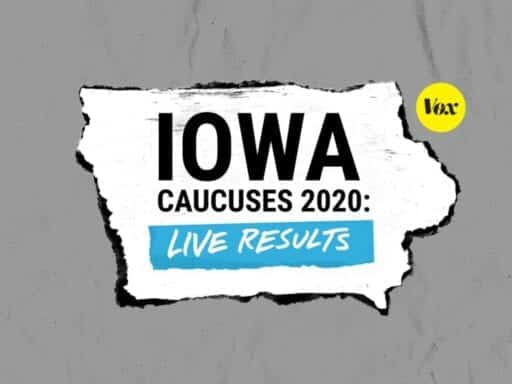 The first electoral test for the Democratic candidates is here.

The Iowa caucuses kick off the 2020 presidential nomination contest in earnest Monday evening, with gatherings around the state beginning at 7 pm Central time and results coming in after that.

It’s the first electoral test for Joe Biden, Bernie Sanders, Elizabeth Warren, Pete Buttigieg, and the rest of the 2020 Democratic field, many of whom have spent months campaigning feverishly in Iowa and are essentially betting their campaigns on the results of the caucuses.

The state of play in the Democratic contest nationally is as follows. Biden is still winning (as he has been all along). Sanders recently seems to be his strongest challenger. And everyone else is desperately hoping for a strong performance in an early state to get back in contention. (Except for Mike Bloomberg, who is skipping the early states and pursuing a different strategy.)

Yet the power of the caucuses is that they can change that state of play. Based on Iowa’s results, candidates believed to be in the top tier can either solidify that status or stumble, and underdogs can either break out or fall flat. Iowa has this effect because it greatly influences the perceptions of the political world — the media, activists, party insiders, donors, the candidates themselves, and voters — about who can win.

But determining who actually wins Iowa this year could be a bit tricky. That’s because, for the first time, the Iowa Democratic Party will report three sets of results — an estimate of how many state delegates each candidate would get, the initial total of actual votes for each candidate, and a final vote total (taken after each caucus gathering eliminates lower-performing candidates). We’ll display the final vote total here as it comes in:

But in a close contest, different candidates could win in those different categories. And Iowa sure looks close, according to polls. The FiveThirtyEight average shows Sanders and Biden nearly tied for the lead, Buttigieg and Warren just a few points behind them, and then Amy Klobuchar a few points further back.

So it may well be a long and confusing night. And you can follow the results — all three of them — as they come in on this page.

The three different results of the Iowa caucuses, explained

Rather than an ordinary election where votes are cast and counted statewide, the Iowa caucuses are many different contests that unfold locally — at 1,678 precinct caucus sites and more than 90 “satellite caucus sites” (alternatives for Iowans who can’t make it to their precinct gatherings).

At each caucus site, attendees divide into groups according to which candidate they are supporting. That is our first Iowa caucus result that will come in: Added up statewide, it’s the pre-realignment vote total, or Round 1.

Then, at each gathering, supporters of candidates who are viable — above a certain threshold of support (15 percent, for most precincts) — are locked in. But supporters of nonviable candidates then get to switch their votes (to somebody else, or no one, if they prefer). This is realignment. After this, we get the final vote total (which we’re displaying up top and also here).

However, the traditional metric for success in the Iowa Democratic caucuses is a different one: state delegate equivalents. Basically, the final vote total at each caucus site determines how many county convention delegates each candidate gets — and then that result is weighted to estimate how many state convention delegates each candidate would get. (If you’re interested in understanding the math in further detail, I have a longer explainer at this link.)

For previous Iowa Democratic caucuses, state delegate equivalents was the only metric for determining who won. In fact, neither vote total was even recorded or reported in any way. But various controversies in the close 2016 contest spotlighted the fact that there was no paper trail at the caucuses. So for 2020, Iowa Democrats changed the process, so they will in fact record and report votes.

That change, though, raises the question of how to truly determine who “wins” Iowa. For instance, what if one candidate gets the most statewide votes after realignment, but another candidate triumphs in the more complex and difficult-to-explain state delegate equivalents metric?

Some say delegates matter most, because the nomination contest is about winning delegates at the end. But Iowa has a paltry number of national delegates at stake — just 1 percent of the total — which will likely be split pretty evenly among candidates, because they’re allotted proportionally. And Iowa’s influence has never actually been about delegates; it’s instead about setting the narrative for the media and the larger political world.

The state of the race heading into Iowa

Since Iowa is mainly important because people believe it’s important, its results often require some decoding. Candidates are often measured against expectations — for instance, a surprising second place can get a candidate a lot of attention, as can a disappointing one from a candidate previously believed to be formidable. And different expectations are at play for all the candidates.

Joe Biden: Biden has led in national polls and been the frontrunner all through this race, but now he’s facing his first electoral test. And it could be a tough one for the former vice president. He’s never dominated in polling of Iowa. The format of the caucuses can advantage candidates with many hardcore supporters and a strong ground organization, and it’s unclear whether Biden has either of those.

Still, from the Iowa polls, Biden certainly appears to be in contention to win. And depending on how realignment plays out, Biden could be advantaged (if, say, Klobuchar often doesn’t meet the viability threshold and her supporters mostly pick Biden as their second choice).

If Biden does pull off a victory, it would quiet at least some of Democrats’ doubts about his campaign. He would, however, then face another tough test ahead in New Hampshire, where he is currently trailing Sanders. And if Biden disappoints in Iowa, it wouldn’t necessarily knock him out of the race — it really depends whether the results shake his strong support in South Carolina and nationally.

Bernie Sanders: Sanders is clearly on the upswing — he has broken away from the pack to rise to a clear second place in national polls, and to the top in Iowa (though polls differ about whether he or Biden is in first).

A win in Iowa would set up Sanders for a powerful one-two punch when combined with New Hampshire (a state neighboring Vermont where he leads polls significantly, and where he won 60 percent of the vote in the 2016 primary) — and if he gets a bounce in national polls as well, he could become the clear frontrunner nationally.

For similar reasons, a mild disappointment in Iowa wouldn’t be the end for Sanders, since he has New Hampshire coming right up. But a serious underperformance would raise questions about what went wrong and risk the elevation of one of the other candidates as Biden’s main challenger.

Elizabeth Warren, Pete Buttigieg, and Amy Klobuchar: The Iowa results matter a great deal for all of these candidates, because they’re all polling behind Biden and Sanders nationally. They need to shake up the race — and Iowa, where the race still looks quite close, seems to be the best chance all three of them have to do so.

All are intensely competing in Iowa and hoping to emerge as an alternative to Sanders or Biden. Even if one of these candidates gets a strong second place, it could be a major boost to their campaign. But if they all finish behind Sanders and Biden, that will make it increasingly likely that the race is viewed as one between those two.

The rest of the field: Iowa is generally viewed as one of the contests where a surprising underdog candidate has the best chance of breaking through.

Andrew Yang is competing in Iowa, and though he hasn’t been polling well, his supporters are very committed and could conceivably help him perform well in certain precincts. Tom Steyer is also contesting the caucuses — but his polling is strongest in Nevada and South Carolina (because he’s funded a ton of ads there), so a poor Iowa showing wouldn’t necessarily eliminate him from contention.

However, this time around, several of the lower-polling candidates in the race are essentially skipping the caucuses. Michael Bennet, Tulsi Gabbard, and Deval Patrick are focusing on New Hampshire instead, while Mike Bloomberg is skipping all four of the early states in favor of running a hugely expensive advertising campaign focused on the March 3 Super Tuesday states. So don’t expect any of them to drop out due to a disappointing finish in the caucuses.