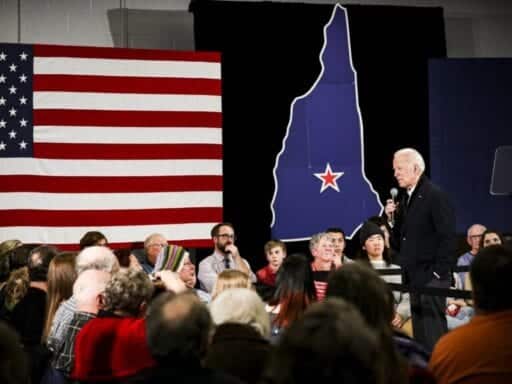 The Iowa caucuses could have been a reset from 2016. Instead, it’s made things worse, some voters say.

MANCHESTER, New Hampshire — The long-delayed Iowa caucus results denied Sen. Bernie Sanders the big victory speech he was hoping to make on Monday night. But Sanders was ready to declare victory on Thursday, even without all the results in.

“We won an eight-person election by some 6,000 votes, that is not going to be changed,” Sanders told reporters Thursday afternoon, downplaying other traditional metrics for winning the state in which he did not lead.

That wasn’t the only thing he had to say. Sanders blasted the chaos and confusion in Iowa.

“I really do feel bad for the people of Iowa,” Sanders said. “What has happened with the Iowa Democratic Party is an outrage. That they were that unprepared, that they put forth such a complicated process, relied on untested technology … There is very little doubt that what happened on Monday night — that complicated process, that is never, ever going to happen again.”

And for some Sanders supporters, the Iowa aftermath confirmed a belief they’ve held since 2016: that the Democratic Party just didn’t want to give their candidate a win.

“I felt like it was expected; no matter what, they weren’t going to let Bernie win,” said supporter Robert Cromer, who traveled to Milford from his home state of New York to see Sanders speak.

It wasn’t just Sanders die-hards who were suspicious. The lack of hard numbers in Iowa on Wednesday night allowed confusion to run amok: Former South Bend, Indiana, Mayor Pete Buttigieg declared himself “victorious” before any of the results were released, and Sanders declared victory on Thursday, based on the fact he won the popular vote in the state. Former Vice President Joe Biden’s campaign openly questioned the validity of the process, after he came in fourth place in the caucuses.

“We have real concerns with the integrity of the process,” Biden’s communications director Kate Bedingfield told CNN. “There were some significant failures in the process last night that should give voters concern.”

The Iowa caucuses Monday night were marked by widespread chaos: precinct captains trying to report their numbers had to deal with a new, glitchy app and jammed phone lines when that app failed in some precincts. It took a full 24 hours for 71 percent of the vote to come in. Those numbers showed Sanders winning the popular vote in the state, but coming in razor-thin second in the state delegate equivalent count behind Buttigieg.

“I think it’s embarrassing for the Democratic Party,” said Bernie Sanders supporter Laura Gurney of Nashua. “This is such a shitshow. We’ve been fighting against the mainstream for a long time, it’s clear we’re not part of their party.”

Instead of 2020 turning a new page from the 2016 election, where Russian interference and an acrimonious Democratic primary sowed doubt for thousands of voters, Iowa gave multiple campaigns and their supporters reasons to question the caucus’s results.

“Results like Iowa makes it look worse, the results really matter,” said Nashua voter Ben Swauger, who was trying to decide between Sanders and Warren. Sanders supporters “feel like the establishment is out to get them,” he added.

Experts are worried the Iowa debacle could threaten the legitimacy of the entire process.

“The timing for a debacle like this could not be worse,” election law expert Rick Hasen told Vox’s Sean Illing in a recent interview. “If people lose trust in the process, the very basis of democracy is undermined.”

Voters are worried about election security

As much as Iowa’s problems can be chalked up to incompetence rather than anything more nefarious, it thrust the prospect of election interference into voters’ minds. It certainly caused multiple New Hampshire voters to wonder whether America’s voting system was secure enough.

“What a shame — out of the gate, to start like that,” said voter Kathy Frick of Keene. “Everybody’s so jittery about someone coming in and hacking.”

“So sad. It seems like a message from the gods — get it together!” said voter Posy Bass of Peterborough. “I think it’s really stupid that we vote on any electronic [device]. Ban all electronic voting devices.”

“The more paper, the better!” her husband Henry Taves interjected.

Most of the voters I spoke to said they thought New Hampshire’s traditional primary, with its secret ballot and paper ballots, could do a lot to quell remaining fears and restore faith in the system. New Hampshire voters mark their choices down on paper ballots with pencils, and those ballots are then scanned and tallied.

“I’m worried about the electronic things, they can be fooled around with,” said Surry voter Marie Keller. “Whereas paper ballots, they don’t mess up.”

Even as at least one major candidate questioned the process in Iowa, some voters cautioned against doing so.

“I hope everything goes fairly and no one gets the idea it’s not fair,” Frick said. “If the Democratic Party turns on itself, then we’re lost.”

The US ambassador to Brazil reportedly asked Brazilian officials to help Trump’s reelection
The surprise catch of seafood trawling: Massive greenhouse gas emissions
The crisis isn’t too much polarization. It’s too little democracy.
The US just broke its record for the highest number of new coronavirus cases in a day
Many world leaders have held national coronavirus memorials for the dead. Trump hasn’t.
Scientists assessed the options for growing nuclear power. They are grim.