Iran expands nuclear program amid heightened tensions with the US 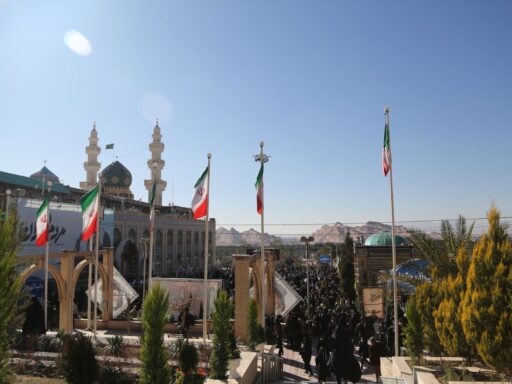 Iran plans to enrich uranium to 20 percent purity — a level it last reached before the 2015 nuclear deal.

An international nuclear watchdog agency said Friday that Iran is preparing to ramp up uranium enrichment to pre-nuclear deal levels in what would be the country’s latest violation of the 2015 agreement.

According to the International Atomic Energy Agency, Iran plans to substantially increase enrichment levels at its underground Fordow nuclear site, which was prohibited from enriching uranium under the terms of the 2015 Joint Comprehensive Plan of Action (JCPOA), an international agreement often known as the Iran nuclear deal, which saw Iran limit its nuclear program in exchange for the relaxation of sanctions.

Iran resumed enrichment activities at Fordow in November 2019, following President Donald Trump’s 2018 decision to tear up the nuclear deal — but at a relatively low level, only about 4.5 percent.

If Iran follows through on Friday’s pronouncement, that will change. The IAEA says that Iran is now targeting enrichment levels of up to 20 percent, though there is no known timeline in place for that change.

Previously, the Iran nuclear deal limited Iran to 3.67 percent enrichment, according to Reuters. To achieve weapons-grade uranium, Iran would have to increase enrichment to 90 percent; but, according to the New York Times’s Eric Schmitt, if Iran were to begin enriching uranium to 20 percent purity, “it requires relatively little further enrichment to get to the 90 percent purity that is traditionally used for bomb-grade fuel.”

Iran has repeatedly said it does not want to develop nuclear weapons, and instead wants to advance its nuclear program for peaceful, scientific purposes. Adversaries such as the United States and Israel, however, have signaled they believe otherwise.

The new 20 percent enrichment target was set by Iran’s parliament last month in response to the assassination of the country’s top nuclear scientist, Mohsen Fakhrizadeh. Fakhrizadeh was killed near Tehran on November 27, 2020, in an ambush that Iran has blamed on Israel.

And the same new law that mandates 20 percent enrichment also raises the imminent specter of international nuclear inspectors being expelled from the country: According to the New York Times, Iran has set “a two-month deadline for oil and banking sanctions against Iran to be lifted before inspectors are barred.” Currently, the IAEA says it has “inspectors present in Iran on a 24/7 basis and they have regular access to Fordow.”

Even before Friday, Iran has been taking steps toward regaining pre-nuclear deal capacity — and potentially toward achieving a nuclear weapon.

In November 2020, Iran began operating advanced centrifuges at another underground nuclear facility, Natanz, and its nuclear stockpile stood at more than 12 times the limit imposed by the JCPOA.

US President-elect Joe Biden, who will take office on January 20, has indicated that he hopes to rejoin and revive the JCPOA, which was negotiated while he was serving as vice president to President Barack Obama. Some observers see Iran’s enrichment efforts as a way of building negotiating leverage, but it remains to be seen whether recent strides in Iran’s nuclear program could complicate things.

“I will offer Tehran a credible path back to diplomacy,” Biden wrote in a September op-ed. “If Iran returns to strict compliance with the nuclear deal, the United States would rejoin the agreement as a starting point for follow-on negotiations. With our allies, we will work to strengthen and extend the nuclear deal’s provisions, while also addressing other issues of concern.”

Biden isn’t in office yet, though, and in the meantime, tensions between the US and Iran remain high. January 3 will mark the one-year anniversary of the US assassinating Iranian Maj. Gen. Qassem Soleimani with a airstrike in Iraq, an attack that Iran has pledged further retaliation for.

Shortly after Soleimani’s killing in January 2020, Iran struck at US forces in Iraq, hitting two air bases with more than a dozen ballistic missiles.

There were no casualties from the attack, but more than 100 US service members suffered brain injuries, according to the Pentagon.

Until his death last year, Soleimani was the head of the Quds Force, a component of Iran’s Islamic Revolutionary Guard Corps. On Friday, Soleimani’s successor, Esmail Ghaani, warned that “American mischief will not deter the Quds Force from carrying on its resistance path.”

“From inside your own house, there may emerge someone who will retaliate for your crime,” Ghaani said.

After Fakhrizadeh’s death in November, Iranian President Hassan Rouhani issued a similar threat of retaliation, saying that “Iran will surely respond to the martyrdom of our scientist at the proper time.”

In addition to Ghaani’s ominous remarks, CNN reported Friday that Iranian naval forces had moved to a heightened level of readiness, though the reason for the change could be defensive: The US has deployed a submarine and nuclear-capable B-52 bombers to the region in addition to existing forces.

Somewhat discordantly, the Pentagon also recalled the aircraft carrier USS Nimitz, which was previously stationed in the Middle East and North Africa region, to its home port in Washington state on Friday. Critics of the decision told the New York Times the recall needlessly limited the US’ retaliatory options at a tense time, but proponents argued that bringing the ship home was a smart deescalatory gesture.

As of Saturday, however, that move appears to have done little to deescalate tensions in the region.

In a tweet, Iranian Foreign Minister Javad Zarif claimed provocateurs were hoping to spur military action, writing, “New intelligence from Iraq indicate that Israeli agent-provocateurs are plotting attacks against Americans—putting an outgoing Trump in a bind with a fake casus belli. Be careful of a trap, @realDonaldTrump. Any fireworks will backfire badly, particularly against your same BFFs.”

New intelligence from Iraq indicate that Israeli agent-provocateurs are plotting attacks against Americans—putting an outgoing Trump in a bind with a fake casus belli.

Be careful of a trap, @realDonaldTrump. Any fireworks will backfire badly, particularly against your same BFFs.

Baghdad’s Green Zone, which is home to the US embassy, was the target of a rocket attack last month believed to have been carried out by Iran-linked militias, though Ghaani denied any involvement.

In response, Trump has issued threats of his own in recent weeks: “Some friendly health advice to Iran: If one American is killed, I will hold Iran responsible,” Trump tweeted on December 23 after the attack. “Think it over.”

…Some friendly health advice to Iran: If one American is killed, I will hold Iran responsible. Think it over.

Separately, Trump reportedly considered a strike against Iran in November of 2020 but was talked down by his advisers, who warned that such a move could quickly escalate into a larger conflict.

Despite the mutual saber-rattling, however, Al Jazeera reported Saturday that some experts believe Iran will look to avoid a major confrontation with the US in anticipation of a coming Biden administration.

Northwestern University international studies professor Danny Postel told Al Jazeera, “I think this is a very critical moment in US-Iran relations where there might be a chance to remove war from the equation and find a diplomatic solution to at least this core issue of Iran’s nuclear program.”

Jim Jordan and the Ohio State sexual abuse controversy, explained
Why the new coronavirus is so hard to cure
Democratic voter drop in Kentucky historic? Maybe
How the press calls elections, explained
DoorDash and Uber Eats aren’t collecting sales tax on delivery fees in some states. That could be a ...
America’s Next Top Model is 17 years old. And people are still mad at Tyra Banks.