Is 1917 now the Oscar frontrunner for Best Picture? It’s complicated. 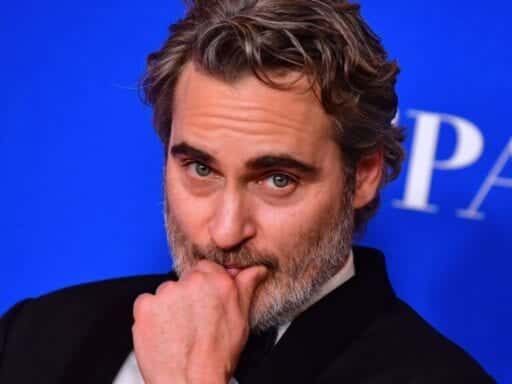 Share
Loading...
Will Joaquin Phoenix end up with an Oscar for his Joker performance? Maybe! | Frederic J. Brown/AFP via Getty Images

Except when they do.

The 77th Golden Globe Awards were handed out on Sunday, January 5 — about a week before the nominations for the 92nd Academy Awards are set to be announced on Monday, January 13. (The awards take place February 9.)

It’s tempting to take any film’s high trophy count at the Golden Globes as evidence that the Globes function as an “Oscar predictor.” That’s a natural assumption, because the Globes have so much in common with the Academy Awards: The Globes also honor movies with a glitzy, star-studded televised ceremony. Plus, they take place less than two months before the Academy Awards and kick off the awards season that culminates in the Academy Awards.

But is there anything to the idea that Globes results predict the eventual Oscar winners?

(Note: The awards that the Academy of Motion Picture Arts and Sciences hand out are called “Oscars” for reasons that are disputed. But “Oscars” and “Academy Awards” are generally used interchangeably to refer to the ceremony.)

Walt Hickey, writing at FiveThirtyEight, noted that in 2013, the Golden Globes had a success rate of only 48 percent in predicting the Oscars’ eventual Best Picture winner. That’s not abysmal, but it’s not great either.

One of the issues is structural: The Golden Globes give out two Best Picture awards — one for drama and one for musical or comedy — while there’s only one Best Picture Oscar. The awards for Best Actor and Best Actress are also split into drama and comedy/musical categories at the Globes, but the Supporting Actor and Actress categories — along with Best Director and Best Screenplay — are not.

Similarly, while the Oscars separate screenplays into Best Original Screenplay and Best Adapted Screenplay, the Globes lump them all into one category.

This disparity means it’s virtually impossible for the Globes to “predict” wins in a meaningful fashion. The Globes nominations do tend to track near the Oscar nominations (though there are always a few outliers). And since 2010, the Oscars have been able to nominate up to 10 films for Best Picture, making it technically possible for all 10 Golden Globe Best Picture nominees (in both the drama and comedy/musical categories) to also earn a Best Picture nod at the Oscars.

There are plenty of other categories at the Globes, of course; the awards have a much better track record when it comes to predicting the Oscars’ Best Actor and Actress winners. In January 2016, Jason Bailey found at Flavorwire that over the past decade, the Globes boasted a nearly 90 percent accuracy rating for predicting the Oscars’ acting awards, versus Best Director (40 percent) or Best Picture (50 percent).

But if you’re looking to win your Oscar pool this year, you’re best off also checking who ultimately wins the top prizes at the various guilds: The Directors Guild of America (DGA) and Producers Guild of America (PGA) are typically the strongest predictors of the eventual Oscars Best Picture winner; the Screen Actors Guild (SAG) is usually the place to check for performance frontrunners (alongside the BAFTAs and the Globes); the Writers’ Guild (WGA) helps predict the screenwriting awards; and so on. FiveThirtyEight’s prediction model from 2016 has a great rundown.

The reason for the overlap with industry-specific awards is simple: A high percentage of the people who vote for the Academy Awards also belong to guilds like the DGA, PGA, SAG, and WGA. So people’s votes often overlap, disparate categories notwithstanding.

The people who vote for the Golden Globes, however, are an entirely different group, and they’re not industry voters. The Hollywood Foreign Press Association hands out the Golden Globes, and there is virtually no overlap between the HFPA and the Academy.

In brief: The membership of the HFPA never surpasses 100 and is ostensibly made up entirely of journalists based in Southern California who work for foreign publications — though even that status is hard to verify in a few cases. Currently, its membership hovers around 90. That small membership means it’s known for being unpredictable, and it’s sometimes accused of letting publicity and favors skew the results.

The Academy, on the other hand, is made up of around 8,000 members, all of whom work or previously worked in the filmmaking business in some capacity or another — actors, directors, producers, screenwriters, and more. Academy voters still skew overwhelmingly white, male, and over 60, but new rules instituted in 2016 (after the #OscarsSoWhite controversy) are changing that.

But then again, maybe

The thing about awards buzz is that it’s generated by journalists and critics, and also by the way film studios try to market their films to voters. A great deal of this happens through the distribution of screener discs for major films, which are sent to people who belong to major voting bodies (guilds and critics’ circles, as well as the Academy) to help ensure they can watch everything and aid them in filling out their ballots.

In 2020, voting members of the Academy must submit their Oscar nomination ballots by Tuesday, January 7 — only two days after the Golden Globes. And given how busy people are throughout the holiday season and the end of the year, it’s reasonable to bet that plenty of Oscar voters still have a stack of screeners sitting on their coffee tables as you read this.

So while they’ve probably watched the favorites by now — Once Upon a Time in Hollywood and The Irishman and Marriage Story and Parasite — a Golden Globes win for an underdog like The Farewell or Rocketman might push a voter to give the film or performance another look in what little time remains before they must submit their ballot. And thus, Awkwafina or Taron Egerton, both of whom have been part of awards conversations but not frontrunners in their respective categories (Best Actress and Best Actor) may still have a chance; you never know.

That means that while the Golden Globes aren’t established “predictors” for the Oscars, they can still influence the Oscars. A surprise win at the Globes, if it inspires enough Academy members to watch a film they haven’t yet seen, or to reconsider a film or performance they had forgotten about, could give a film the extra nudge it needs.

And in 2020, this matters, because at this point it’s anyone’s guess as to what will happen in just a few short weeks, when Hollywood convenes for the Oscars. Will Best Picture go to a solid consensus choice, like the critically praised Martin Scorsese movie The Irishman? Or will it go for a more controversial selection like Joker? Will the Academy celebrate a film about Hollywood, like Once Upon a Time in Hollywood? Or will it follow critics’ groups and make the more artistically daring choice of a foreign language film like Parasite? Or will it throw caution to the wind altogether and nominate, say, Little Women?

Nobody really knows. Once Upon a Time in Hollywood’s big night at the 2020 Golden Globes could be an indicator of future success, or it may not have any bearing at all. Other films that won big at the Globes may enjoy a boost. And that’s what keeps the Golden Globes — the weirdest awards of the season — worth watching.