Is the center shrinking in the Democratic primaries? 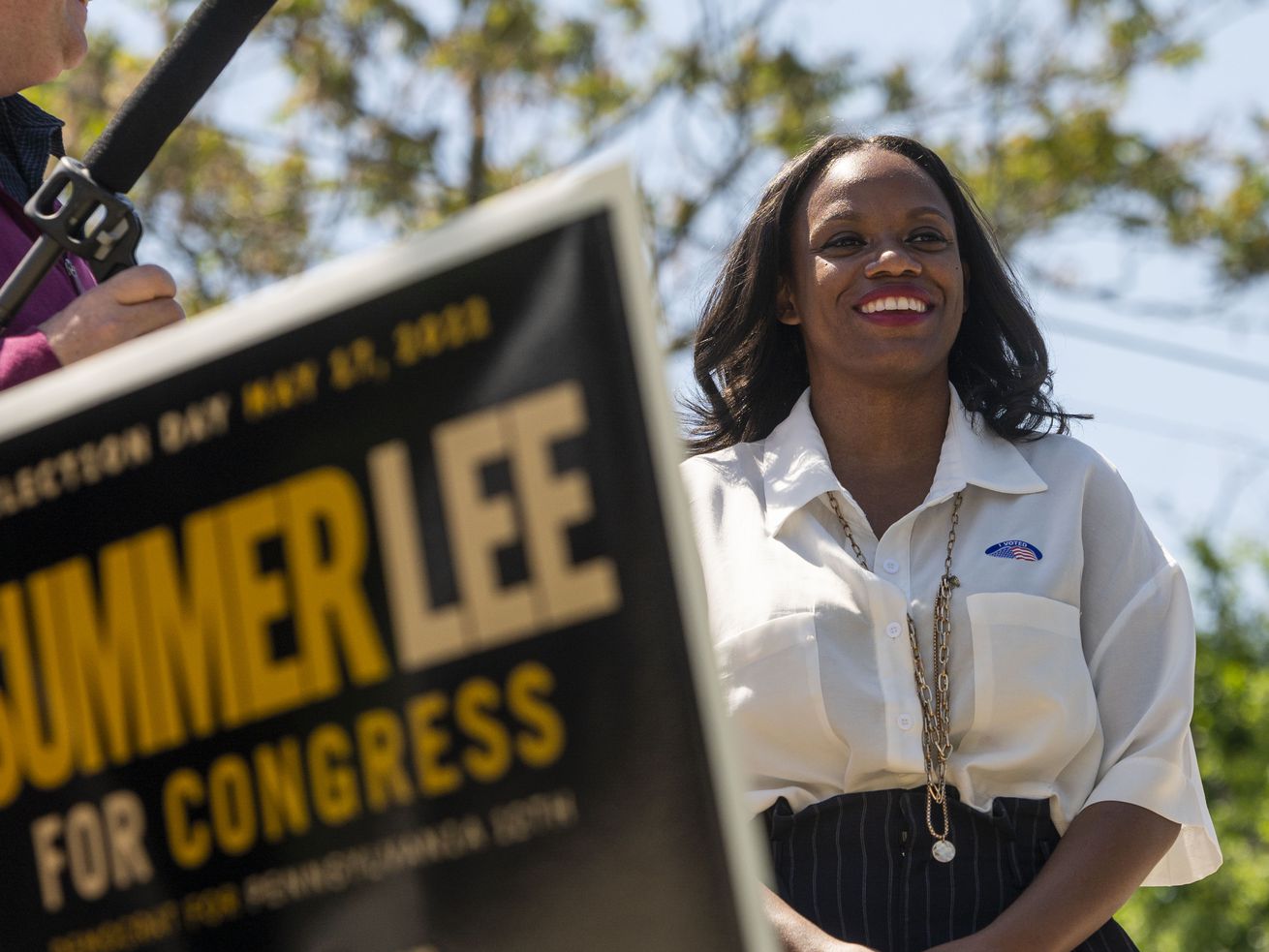 Democratic voters are moving their party to the left — and dragging candidates with them.

This year’s Democratic primaries are being largely framed as an ideological struggle between the national party’s moderate and progressive wings. But voting patterns over the last few weeks have complicated that narrative.

In marquee contests in Pennsylvania and Oregon, progressive wins led to proclamations that the left wing of the party is gaining influence, while some moderate victories defied that thinking. What’s becoming clear as votes are counted, however, is that Democratic primary voters seem to care less about who the “progressive candidate” is and more about if candidates are campaigning on progressive goals. What many of the Democrats who won this week have in common is that they all embraced progressive priorities tailored to where they were running.

“Just being a centrist anymore, it’s hard to get things done. There’s shrinking room left in the middle,” Mustafa Rashed, a Democratic strategist in Philadelphia, told me about the state’s dynamics.

Around the state, candidates who delivered digestible versions of progressive messages did well, from the left-leaning candidates who won races in heavily Democratic areas for state and federal legislatures to the moderate incumbents who survived tough challenges from the left. In nearly all of these races, a general shift to the left was apparent among the party’s base and candidates.

This trend isn’t necessarily universal: Plenty of more traditional moderate Democrats won their races in Ohio and North Carolina. And it’s possible upcoming races in California, Illinois, Michigan, and Texas may upset this narrative. But for the most part, the primaries so far appear to show that progressive activism and ideas have changed what primary voters want and what their candidates are offering.

Every team scored wins on Tuesday

Both sides of the Democratic ideological spectrum could claim wins on Tuesday. From North Carolina to Oregon, there wasn’t uniformity in who emerged victorious.

What does tie a lot of Tuesday’s races together, though, is how few moderates ran openly down the middle of the ideological spectrum without co-opting at least some of the issues and language progressives have used in previous races. That includes things like advocating for a higher minimum wage, expanding health care access and coverage, more openly embracing gun control and abortion rights, and at least addressing climate change.

A more moderate, establishment type prevailed in Pennsylvania’s Third Congressional District, where Rep. Dwight Evans beat back progressive challengers by focusing on affordable housing, criminal justice reform, gun violence, and crime. A similar dynamic could be seen in other seats in the state legislature, including with longtime state Sen. Anthony Williams, who campaigned on abortion access, gun-violence prevention, and criminal justice reform as he faced his first serious challenge from the left. And in the primary for lieutenant governor, frontrunner Rep. Austin Davis defeated rivals to his left running on abortion and criminal justice reform.

Things were a little different in Democrat-dominated Oregon, however, where progressives were ascendant. The solidly centrist incumbent Rep. Kurt Schrader, who campaigned on pragmatism and consensus-building, is on track to lose to progressive activist Jamie McLeod-Skinner in the Fifth District, while crypto-backed lawyer Carrick Flynn, who had no political experience, is also trailing the progressive state Rep. Andrea Salinas. And after a difficult campaign, former state House Speaker Tina Kotek defeated a moderate challenger, state Treasurer Tobias Read, in the primary for Oregon governor.

Oregon’s results, which saw voters gravitate toward the conventional, genuine progressive, add another layer of complexity to the primary picture. Regardless, races this week showed Democratic candidates of all ideologies feel compelled to address their left flank.

A lot has changed since the last midterms in 2018, when progressives made big gains but moderate Democrats were instrumental in giving the party a majority in the House. So far, the party’s primaries are showing an electorate much more willing to accept populist, progressive(-ish) ideas than before — a big win for left-wing activists and thinkers who have managed to move the party’s ideological center in their direction.

Few candidates so far have run overtly as centrists without at least paying lip service to progressive priorities. Where they refused to do so, as in Schrader’s race, they faced headwinds from a changing Democratic primary electorate.

“Ten years ago, blue-dog and corporate Democrats would run on that [centrist] message against progressives,” Adam Green, the co-founder of the Progressive Change Campaign Committee, which has endorsed several progressive upstarts this election cycle, told me. “These days, they’re more willing to use the language of progressives against progressives in primaries — but Schrader was the exception to this rule.”

That’s not to say a moderate using progressive talking points has a sure path to success. Marcia Wilson, the chair of rural Pennsylvania’s Adams County Democratic Party, said Lamb’s campaign showed how some Democrats fear electing an apparent liberal who turns out to be a Joe Manchin-style Democrat.

“Democrats are feeling more galvanized and want to be known as Democrats, not because they are unwilling to compromise but because we want to support Democratic ideals,” she said. Wilson told me that partly explains why Lamb’s pitch to the state didn’t resonate — a more conservative background and platform in past races made his leftward shift in the Senate primary seem inauthentic.

But still, Lamb attempted some ideological change. A similar thing happened in earlier Democratic primaries in Ohio, where more moderate candidates like Tim Ryan (in the state’s Democratic Senate race), Nan Whaley (in the governor’s race), and Shontel Brown (in the 11th Congressional District) were pushed to the left. Upcoming races will test this trend, but so far, it appears Democratic voters want their candidates to speak like progressives, even if they aren’t actually progressive.

The general election may in turn change the way these candidates talk about their priorities. The citizens who typically turn out to vote in November tend to be less ideological and party-affiliated than the voters who participate in primary elections. And the progressive ideals beloved by hardcore Democrats may not be as well received by moderates and centrists in competitive general election seats.

If progressives — and progressive ideas — do win uphill battles in these swing districts, however, Democrats may end up with a newly empowered left flank, catalyzing the political polarization Americans have come to expect from their government.

The end of Roe is only the beginning for Republicans

What’s the best way to help extremely poor people? After 20 years, the evidence is in.