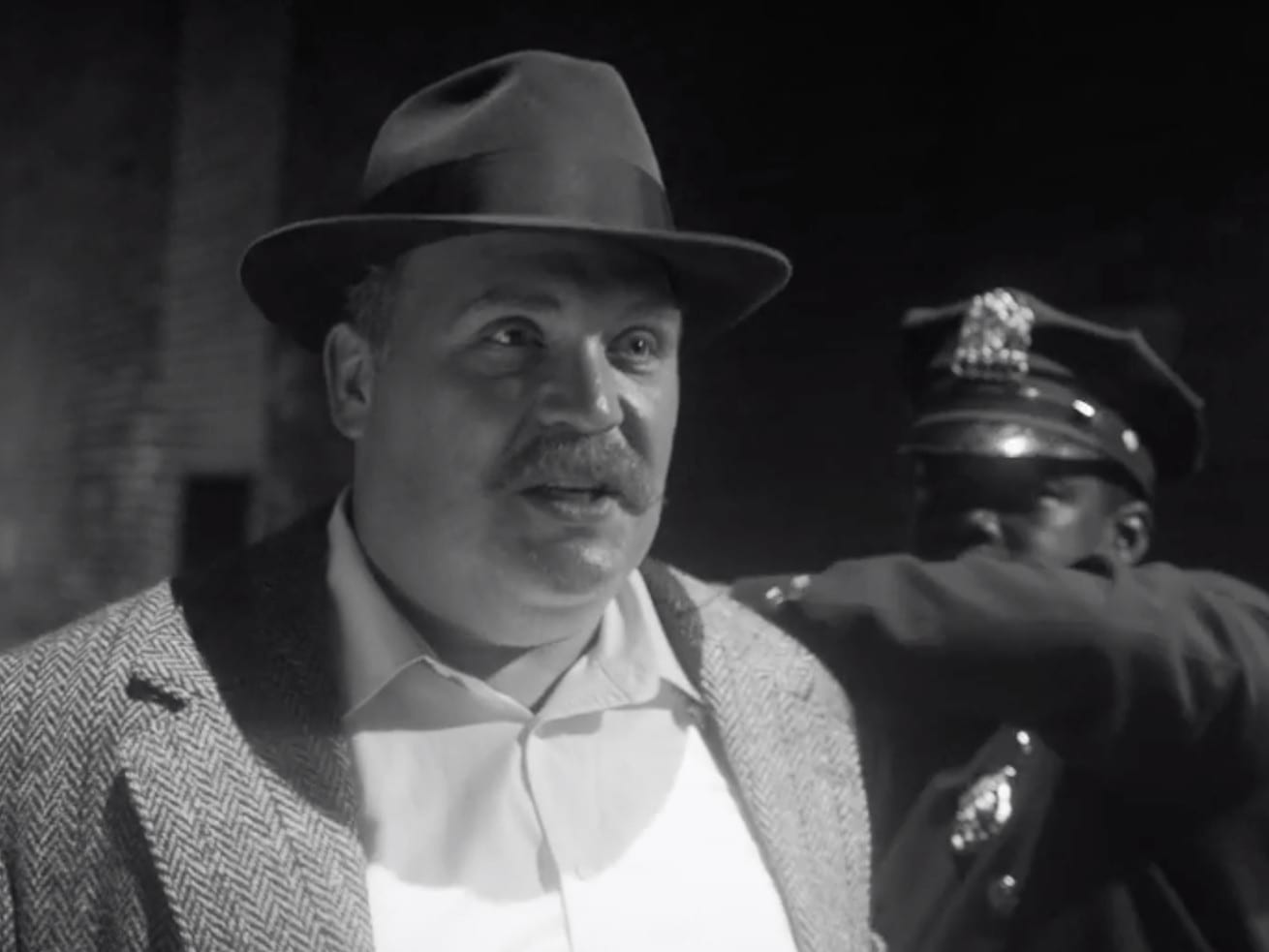 The “Fred” in Watchmen’s sixth episode has a lot in common with Fred Trump.

Watchmen’s sixth episode, “This Extraordinary Being,” unleashed a barrage of twists and turns that turned the episode and the world of Watchmen inside out. But amid the hypno-gun hanging of Judd Crawford, the reveal of Hooded Justice’s secret identity, and Angela Abar experiencing her grandfather Will’s memories, there might have been one blistering reference subtly woven into the episode: a possible nod to Fred Trump, the father of sitting president Donald Trump.

The possible Trump “reference” happens partway through the episode during a memory of when Will was just starting out as a cop and encounters a man named Fred. Will witnesses him break a window and set a Jewish deli on fire on Jamaica Avenue in Queens. Will approaches him, asks him what his name is, the man replies with “Fred,” and Will promptly arrests him.

Later, it turns out that Fred is in cahoots with some of Will’s fellow police officers, who let Will go — because, it’s implied, they’re a part of the racist crime group known as Cyclops. Those same officers go on to terrorize and lynch Will, tying a noose around his neck and hanging him, but they stop short of killing him. They let him down and use this terrifying moment of brutality as a warning to not mess with “white folks’ business.”

Though he’s attacked, Will doesn’t back down from Cyclops’s threats. He’s determined to investigate them and get payback. Tracking the Cyclops members down, Will finds out that they’re meeting at Fred’s market.

“I’m gonna start with that bastard Fred,” he says in “This Extraordinary Being,” as we see Angela witness his memories of becoming Hooded Justice. “Turns out he owns a market in Queens. They wanted me to stay away from him for a reason.”

Will clashes with Fred again at the end of the episode when he tracks down Cyclops members who are using mind control projector devices to get black people to attack one another. Two Cyclops members are seen loading a projector into a car with its windows marked F.T. & Sons, and Will tracks them to the central F.T. & Sons warehouse.

Outside the warehouse, Will runs into Fred again, who says he doesn’t recognize Will, and “invites” Will into his warehouse. Fred’s a little nefarious and suspect and the invitation seems more like a ploy to kill Will.

It’s then that Will puts it together that Fred owns the warehouse and is one of Cyclops’s ringleaders. He attacks Fred and kills him. It’s also then that the idea crystallizes that Fred — “F.T.” — could be Fred Trump.

This may not have been strikingly obvious to everyone. But some viewers, particularly those familiar with the Trumps’ history, began picking up on the similarities shortly after the episode aired.

Nice, subtle touch in this week’s episode of #Watchmen, “This Extraordinary Being.”

“Fred” may possibly be Fred Trump. He’s involved in the Ku Klux Klan, he operates out of Queens, and his business is marked as “F.T. and Sons.” pic.twitter.com/ifcN5iOatP

Okay. I might be connecting way too many dots here, but this mustachioed KKK asshole “Fred”, owner of F.T. & Sons, is definitely supposed to be Fred Trump, right? Right?

One of the writers on the show also tweeted a cryptic message hinting at the Fred Trump comparison:

In real life, Fred Trump, like Watchmen’s “Fred,” owned a market in Queens on the corner of Jamaica Avenue and 78th Street. It opened in 1933 — around the time that Will Reeves would’ve been active on the police force — and is described by the Woodhaven Cultural and Historical Society as the “first supermarket of its kind in this part of Queens.” Additionally, a reader pointed out to me that Fred’s mother Elizabeth, did real estate business under the banner of E. Trump & Son (the son being Fred), which seems close to Fred’s F.T. & Sons business name .

As for “Fred” and his connections to racism, the Ku Klux Klan, and Cyclops, it’s notable that Fred Trump was one of seven men arrested during a 1927 KKK riot. The Washington Post notes that Trump was detained by police for refusing to disperse from the parade. And in 1973, the Justice Department sued Trump Management for discriminating against black people and violating the Fair Housing Act of 1968 in 39 buildings.

With parallel elements like Fred Trump’s KKK arrest and his market in Queens (and probably not helped by Donald Trump’s later instances of racism, including his words describing the 2017 white supremacist march at Charlottesville), it’s not difficult to see how “Fred” and F.T. & Sons could be analogs for the real Fred Trump and his family. Watchmen, after all, takes place in an alternate history, and many of the political figures in our reality appear in Watchmen’s version, albeit with changes.

There’s no official confirmation yet that the show was taking a dig at Fred Trump, the father of the sitting president of the US. But it sure seems like it.

Vox has reached out to HBO for comment on “Fred” and his possible connection to Fred Trump and will update when we hear more.

Trump’s supposedly spending Labor Day weekend “studying” federal worker pay after freezing it
The US is “committed” to staying in Syria — to protect oil
Watch AOC ask Mark Zuckerberg if she can run fake Facebook ads, too
The serious message behind Kim Jong Un’s silly horse photos
The coronavirus outbreak is not yet a global health emergency, WHO says
The lost neighborhood under New York’s Central Park