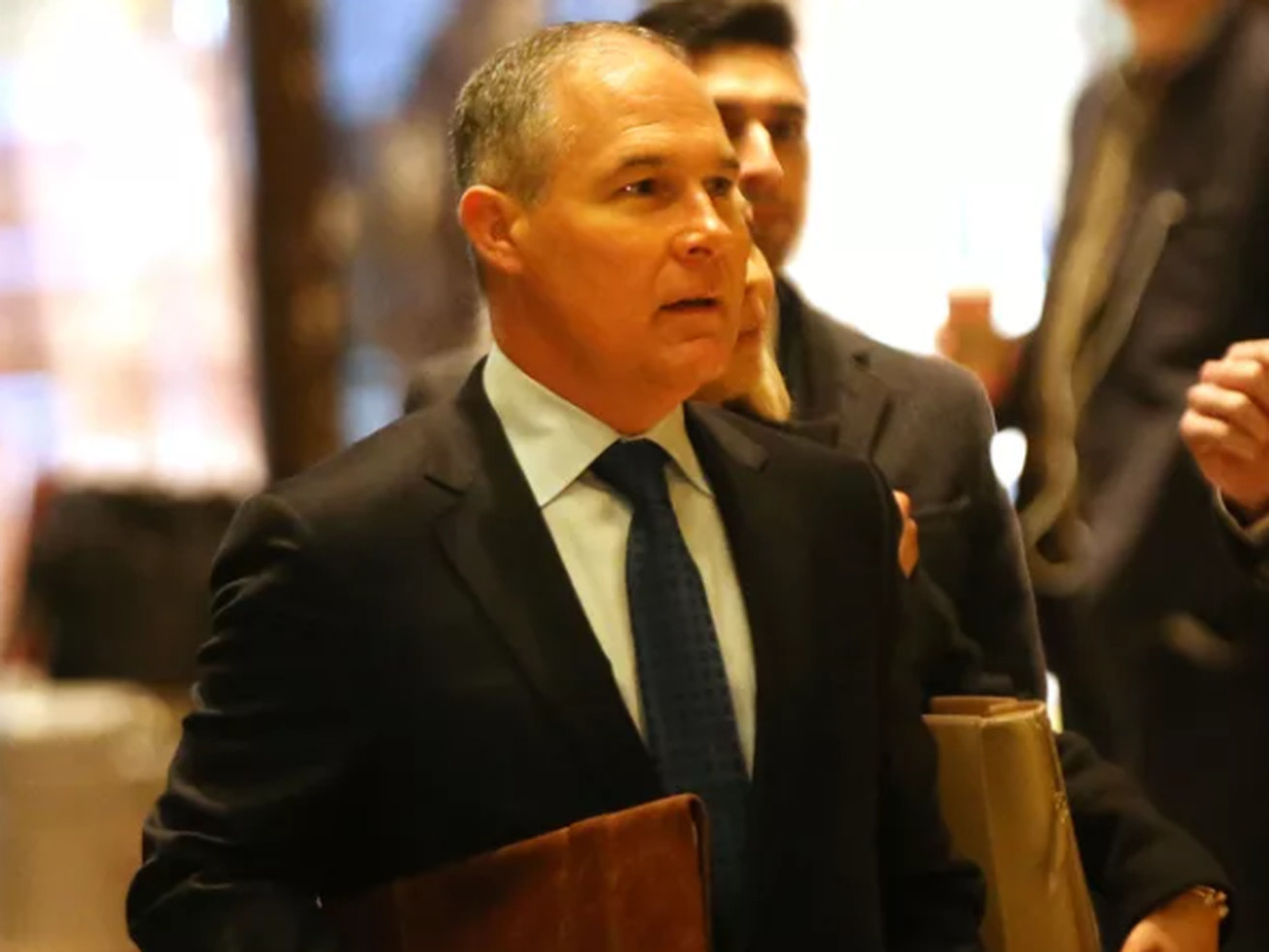 Scott Pruitt, administrator of the US Environmental Protection Agency, resigned Thursday after the festering pile of alleged ethical and legal breaches — including the $43,000 phone booth, his use of his staffers’ credit cards to make hotel bookings, the deletion of meetings from his calendar and subsequent firing of staff who questioned it — finally became too much for him to manage.

But for three hours, staff at the EPA received no formal announcement, no agency-wide email, about their boss’s resignation. According to three EPA employees I contacted who asked not to be named because they were not authorized to speak on the record, they learned of it from a Trump tweet:

And then from Fox News’s Fin Gomez, who posted Pruitt’s resignation letter on Twitter:

We are now accustomed to such breaches of protocol in the Trump administration. We’ve long known there’s been an absence of high-level leadership at the EPA and that Pruitt had little respect for the agency he led.

But it’s still remarkable that neither Pruitt nor the internal communications team felt obligated to inform the 14,100 employees of the EPA until three hours after the Trump tweet that as of Monday, Andrew Wheeler, Pruitt’s deputy and a former coal lobbyist, will take the helm.

“I will be the Acting Administrator,” the memo, sent at 6:46 pm from Wheeler, reads. “I am both humbled and honored to take on this new responsibility at the same agency where I started my career over 25 years ago.” (The memo makes no explicit mention of Pruitt’s resignation.)

The EPA employees I spoke to said they were not that surprised to have learned the news from Trump’s Twitter and the media. One noted that bad news rarely gets acknowledged internally anymore.

The EPA “is so dysfunctional these days that all the ‘normal’ protocol seems to have disappeared,” another told me.

How to think about coronavirus risk in your life
Germany and South Korea excelled at Covid-19 containment. It still came back.
Next time someone sends you fake news, share these essential tips
Halt and Catch Fire is a beautiful TV drama about the need for kindness
The state of the 2020 Democratic presidential race
Doctor Who’s season 11 premiere introduced the show’s first woman Doctor. It was terrific.