It’s not just passengers being assaulted in Ubers. Drivers are at risk, too. 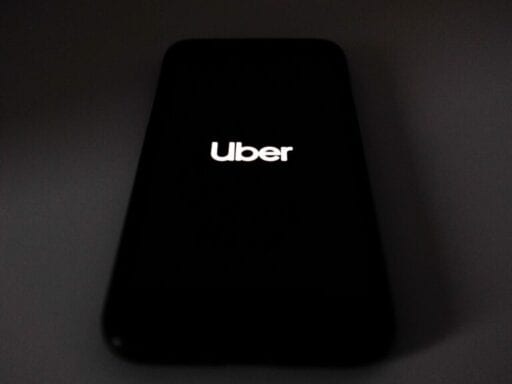 Ride-share drivers lack employment protections that could keep them safer.

The disturbing numbers, released by the company on Thursday, have many concerned about the safety of using Uber and other rideshare apps — especially since the data came out the same week that 19 women sued Lyft, saying drivers for the company sexually assaulted them.

But it’s not just passengers who are being assaulted. According to Uber’s data, 42 percent of those reporting sexual assault were drivers. “Drivers are assaulted as much as the passengers are,” Michael Bomberger, an attorney who represents the women suing Lyft, told Vox.

Passengers may be more vulnerable to certain types of assault. For example, Bomberger said he has heard from multiple riders who fell asleep in an Uber or Lyft and woke up to find a driver attacking them. And 92 percent of people who experienced sexual assault involving penetration were passengers, according to reports to Uber.

But drivers — especially the roughly 19 percent of Uber drivers and 30 percent of Lyft drivers who are women — often report being groped by passengers, Bomberger said. And since they are independent contractors for gig-economy companies, they lack some of the protections available to taxi drivers and other workers, like partitions separating them from passengers.

While advocacy groups have praised the Uber report for drawing attention to the issue of sexual violence in its cars, the report also highlights something more widespread: For workers around the country, sexual misconduct is a workplace safety issue. And though both Uber and Lyft have promised reforms, there’s evidence that for some, the platforms may not be safe places to work.

Passengers aren’t the only ones being assaulted during Uber rides. Drivers are also in harm’s way.

Uber released its first-ever United States safety report on Thursday, detailing sexual assaults, killings, and accidents on its platform. According to the report, 3,045 sexual assaults were reported during Uber rides last year, along with 9 murders and 58 people killed in crashes.

The company says the overwhelming majority of its trips are safe — 99.9 percent have no safety-related issue at all, according to the report. But it is releasing the data because “we believe that for too long, companies have not discussed these issues publicly, particularly those relating to sexual violence,” the report states.

The document comes at a time of increased attention to sexual assault during Uber and Lyft rides. In September, a woman sued Lyft after she said a driver kidnapped her at gunpoint, drove her across state lines, and along with two other men raped her, the Verge reported. When she reported the incident to Lyft, the woman said the company “​apologized for the inconvenience that I’d been through” and said she’d still have to pay for the ride (the company said she had reported it as an indirect route rather than a sexual assault).

Then, in November, a Connecticut woman sued Uber, saying that she was assaulted by a driver. And earlier this month, 19 additional women filed suit against Lyft, saying that the company failed to respond adequately to their reports of sexual assault.

Much of the focus in recent months has been on assaults reported by passengers. But there’s also a growing awareness of the risks drivers face. According to the Uber report, 42 percent of sexual assaults on the platform were reported by drivers.

Uber’s methodology makes the percentage a little challenging to interpret; except in the case of assaults that involved penetration, the company does not have data on who actually experienced the assault, meaning the driver could have been reporting an assault by one passenger on another. Still, the data makes clear that, as the report puts it, “drivers are victims, too.”

To Bomberger, who represents over 100 women suing Uber and Lyft over sexual assault, the numbers aren’t surprising. In addition to calls from passengers, his firm has also heard from hundreds of drivers who have been sexually assaulted, he said. In general, he said, “the types of assaults that occur to the passengers are more intrusive on average,” such as rape or attempted rape while the passenger is sleeping.

But he often hears from female drivers who have been fondled while driving by drunken male passengers, he said. Overall, “non-consensual touching of a sexual body part” was the most commonly reported type of sexual assault across all Uber rides, with 1,560 such reports in 2018.

And the report likely only captures a fraction of actual incidents, since there are many barriers to reporting sexual assault, from fear of not being believed to blaming oneself for the crime. “Whatever these numbers are” in the report, Bomberger said, “more women are being assaulted.”

For drivers in particular, the Uber report raises issues of workers’ rights and safety.

Commercial drivers in general, whether they drive for a cab or ride-share company, face a high risk of physical and sexual assault, as Lauren Kaori Gurley reported at Motherboard earlier this year. There is no nationwide data on sexual assaults against taxi drivers, but drivers are 20 times more likely to be murdered on the job than other workers, according to the Occupational Safety and Health Administration.

For taxi drivers at least, some cities have instituted regulations to help keep them safer — like bulletproof partitions to protect passengers and drivers, or surveillance cameras to record and deter crimes, Gurley notes. But Uber and Lyft generally provide neither to their drivers, though Uber is piloting audio and video recording in some places.

Uber and Lyft drivers’ employment classification may also play a role in their safety. The drivers are currently classified as independent contractors rather than employees, meaning they can’t get workers’ compensation or form unions to push for safer conditions. A California law scheduled to take effect in January could change that in the state, though ride-share companies are pushing back hard against it.

“If drivers are considered employees, companies will have a stronger obligation to create a safe workplace, and so they’re much more likely to report these incidents and take measures to keep drivers safe,” Veena Dubal, a law professor at the University of California Hastings told Motherboard. “Not only do they have to pay for worker’s comp and health care, but they also have a legal obligation to create a safe workplace.”

Uber and Lyft say they are enacting safety reforms that could help drivers. Lyft is planning to release its own safety report and recently launched a new feature to allow drivers to easily share their location with friends and family. “It is Lyft’s goal to make the US ridesharing industry the safest form of transportation for everyone,” a spokesperson for Lyft told Vox in a statement.

Meanwhile, Uber has rolled out a number of features aimed at improving safety for drivers and riders alike, Sachin Kansal, the company’s head of safety product, told Vox. Those include an emergency button in the app that allows a driver or rider to immediately send information about the ride to 911 dispatchers. “When we think about safety from a product perspective,” Kansal said, “we think of all our users,” not just passengers.

And anti-sexual assault advocates have praised Uber’s transparency in releasing the report. “Understanding the problem is an important step in the effort to solve it,” said Erinn Robinson, press secretary for the Rape, Abuse & Incest National Network (RAINN), in a statement on Thursday. “We’d love to see organizations in every industry, including educational institutions, make a similar effort to track and analyze sexual misconduct within their communities.”

Uber is also partnering with RAINN and other groups on initiatives to help prevent assault, including educational materials on sexual misconduct for drivers and riders.

Still, the disturbing findings in Uber’s report are a reminder that people face real risks when they drive for rideshare companies — and being classified as gig workers, rather than full-time employees, could leave them more vulnerable.

Federal employees are now guaranteed back pay after the shutdown is over
Jeff Sessions announces a Senate run — by telling voters he’s still loyal to Trump
Why is Marco Rubio tweeting about Salt Bae?
The 9 best movies you can now watch at home
The queering of Taylor Swift
New polls show Ted Cruz could really lose in 2018