It’s not what Trump did. It’s what Republicans accept. 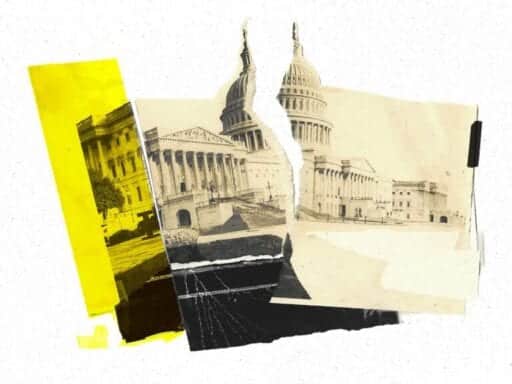 Thomas Mann, co-author of It’s Even Worse Than It Looks, joins me to discuss how the GOP became the institution we saw in this week’s public hearings.

The core question this impeachment process is raising isn’t “what did Donald Trump do?” The hearings have filled in important details and added confirming witness, but the story is largely the one we’ve known since the White House released the call record.

Instead, the core question the hearings are raising is: “What will Republicans accept and defend?” The answer, at least judging by the arguments of Reps. Devin Nunes and Jim Jordan, is chilling.

On this week’s episode of Impeachment, Explained, Andrew Prokop joins me to analyze the first, and perhaps only, week of public impeachment inquiry. Then, Thomas Mann, co-author of It’s Even Worse Than It Looks joins me to discuss how the Republican Party became the institution on display in this process.

I’ve heard from listeners who enjoy this podcast, but wish it could be more “balanced.” I wish it could be more balanced too. But to pretend that an imbalanced system is balanced is a poisonous form of bias. This episode is about seeing what’s right in front of our eyes, and taking seriously what it means for our future.

Poll: A majority of voters want Joe Biden to advance polices that promote gender equity
“Erase all doubt”: Democrats explain why John Bolton’s testimony is so necessary
Border Patrol chief: Number of migrant family separations could double
Michael Cohen tweets, then deletes, praise of himself for talking to Mueller
The Democratic gun violence forum turned into a substantive clash over policy
SNL explains the nation’s crush on Anthony Fauci in vaccine-focused cold open