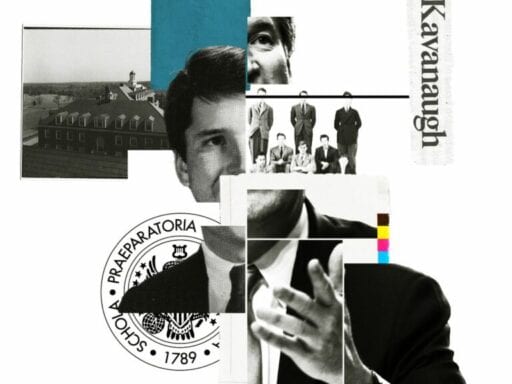 At a prep school in the Midwest about 15 years ago, a freshman on the school’s football team was introduced to a disturbing locker room hazing ritual. After a practice one day, the player was sitting on a bench in the locker room and felt a light tap on his shoulder. He turned his head to discover a senior was standing behind him nude and holding his penis against the freshman’s shoulder. The freshman jerked his shoulder down and quickly stood up, finding not only the senior but the entire rest of the team watching him.

“Did you see what that faggot tried to do?” the senior asked the crowd behind him, then told the freshman: “Don’t be such a pussy.” Embarrassed and confused, the freshman did not respond. He quickly gathered his stuff and rushed away.

The freshman feared being further humiliated and teased at school the next day. Much to his surprise, no one — not on the team or outside the team — brought up the incident. This silence left him confused and feeling alone. After a few days, staying quiet about what happened became too intense, and he finally told his mother his story.

When the incident came out in the open, the community erupted. Though a few teachers demanded that the senior be punished, the vast majority of students, teachers, and families characterized the incident as “a joke” or “just boys being boys.” The blame eventually was placed on the freshman for making a big deal out of what was widely considered nothing and for going against the social norm of keeping incidents like this under wraps.

The senior ultimately faced no consequences for his actions. His victim, however, ended up moving to another school to escape the ridicule he endured for speaking up.

This was just one incident I uncovered in my 20 years researching elite high schools and universities. Throughout my interviews, I’ve heard stories like this too often. I started my research journey to answer questions I had about the culture of elite schools as a private school teacher.

Growing up in poverty in rural Kentucky, I found myself in an unfamiliar world. I used ethnography — extensive interviews and observations in several schools in the Midwest and Northeast — to make sense of this world. Since then, I continue to explore what lifelong lessons students learn through the culture of these schools.

This month, the larger public has gained insight into this private, elite world through the confirmation hearing of Supreme Court nominee Brett M. Kavanaugh. Kavanaugh’s integrity has been thrown into question by an allegation of sexual assault that occurred when Kavanaugh was a student at Georgetown Prep, an elite private high school in Maryland. Christine Blasey Ford, a former student at another Maryland private school and now a psychology professor, accused him of pinning her to a bed and covering her mouth to prevent her from screaming during a party when she was 15 years old.

A second allegation against Kavanaugh has surfaced from a Yale classmate who claims that Kavanaugh exposed himself and thrust his penis in her face during their first year at the university. A third person has come forward alleging that Kavanaugh was one of a group of boys who were present at parties where multiple women were “gang raped,” including herself, while in high school. Kavanaugh has denied all the allegations.

The details of incidents like this, where abusive behavior is systemically kept quiet, vary, but they similarly bring to the surface the lessons that privileged students are indoctrinated with at a young age. These lessons are conduits of power, facilitating ways of knowing and doing that preserve and protect a culture of hyper-masculinity, elitism, and entitlement.

Elite schools encourage a culture of perfectionism and silence

The culture of elite schools encourages sexual assaults and humiliation as well as covering them up. As Kavanaugh put it himself during a speech three years ago at Catholic University’s Columbus School of Law, “what happens at Georgetown Prep stays at Georgetown Prep.”

Once the allegations were made public, his classmates and others who defended him characterized what happened in similar ways that I’ve heard as a researcher. In protecting this culture and all that is deeply entrenched in it, they dismissed his actions with the same tiring adage “boys will be boys.” The subtext of such messages is clear: We shouldn’t be talking about their actions or the toxic culture that facilitates such actions. Silence is demanded yet again.

Silence is what keeps the culture of elite schools so hidden from public view. These schools are often viewed as “the best of the best” — superior, distinctive, distinguished, and exceptional — and play a pivotal role in producing the next generation of leaders of one kind or another.

Elite schools spend a considerable amount of time and resources projecting a positive public image. Their image is necessary for legitimizing the elite status that they enjoy and all the advantages that come along with that status. Silence is necessary to maintain this image. All the not-so-good parts must remain hidden to continue being viewed as the best of the best.

This positive image obfuscates the real purpose of elite schools: From their inception, the core function of elite schools is to make, remake, or advance the socioeconomic status of each student. They provide students access to a social circuit that allows them to go from one elite institution to another and eventually on to high-paying and high-power positions.

Within this circuit, elite schools cultivate privilege — a lens through which students come to understand themselves, others, and the world around them. Students’ values, perspectives, assumptions, and actions are shaped and sustained through this lens. It helps them survive and thrive within the elite circuit.

Above all, these lessons teach students that hierarchies are not only natural but necessary. They learn that there is a winner and therefore a loser in every situation and interaction. Hierarchies enable and propel them to success. Their success, it is worth noting, always comes at the expense of others.

As a teacher once told me during my research: “The most important thing we do here is prepare our students to become tough competitors. Competition is not a dirty word at our school. There are winners and there are losers. We teach them to be the former.”

Privilege is reinforced in every aspect of students’ educational experiences: the school’s ideals, missions, and standards; admissions practices; interactions within classrooms; involvement in extracurricular activities; the rigors of a demanding curriculum; and participation in sporting competitions, social events, and rituals. Rituals, in particular, are effective in transmitting and reinforcing unspoken cultural expectations, behavioral norms, and values that cultivate privilege as a collective identity and further impose hierarchies.

When these rituals become public, such as an alleged rape that occurred at the annual “Screw” dance at New Hampshire prep school St. Paul’s in 2014, we learn what some of these rituals are truly about: celebrating male sexual conquest.

Students carry the lessons about exerting power and privilege that they are taught in multiple contexts and situations through their education with them in these rituals, both the ones that are school-sponsored and the ones they perform when adults aren’t around. These rituals are often sexually charged, sometimes violent, and usually about proving manhood. And they always reflect the hyper-masculine and hyper-competitive culture of their schools.

The privileged lessons central to preserving and protecting the culture of elite schools go against what they commonly claim to teach students: positive and constructive social interactions, compassion, care toward others, high moral character, integrity, and responsible participation in the world. Many students that attend these schools go on to do great things and live out these values. But that doesn’t excuse the bad behavior of some of their classmates.

For us to better understand the culture surrounding the allegations against Kavanaugh, we must have a better understanding of what lessons elite schools are actually teaching their students and how these lessons perpetuate that culture. It’s time to break the silence and pay closer attention to the places that are preparing our next generation of leaders.

Lean into uncertainty with Trust Exercise, the Vox Book Club’s November pick
Child care has become scarce — just when front-line medical workers need it the most
“Privacy shouldn’t be a luxury”: Advocates want Google to do more to secure cheap Android phones
For Black Americans, the middle class has always been a mirage
Trump’s executive order to stop issuing green cards temporarily, explained
Greta Thunberg is sailing to the next big climate event in Spain