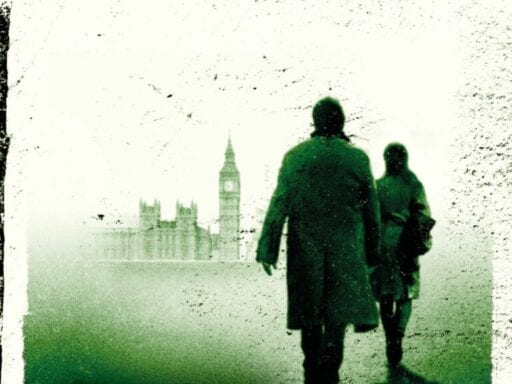 Lethal White, the latest of the detective novels J.K. Rowling publishes under the pen name Robert Galbraith, is addictively immersive. It’s the kind of book you can get lost in for days, that you want to swallow down in one long satisfying gulp. It’s not a perfect book, but it is deeply fun.

Lethal White is the fourth volume in Rowling’s Robert Galbraith series, with at least seven books planned. These books are loosely standalone: The mystery in each one is self-contained, but the character relationships evolve over time, most chiefly the fraught and yearning partnership between detective Cormoran Strike and his assistant-turned-equal Robin.

Strike and Robin are kindred spirits in crime-fighting and mystery-solving, but they’re forever kept apart — Robin by her engagement to the weak and feckless Matthew, and Strike by his belief that he is too broken for a committed relationship. The banter-laden tension between the two provides the through-line that propels the Galbraith mysteries along their way.

The last book, Career of Evil, saw Strike firing Robin after she put herself in danger and jeopardized a case, only to regret his decision almost at once and show up at her wedding to Matthew, where he begged her to return to his detective agency. Lethal White picks up right where Career of Evil left off, with a shaken Robin going through with her wedding and regretting it almost at once, then returning to work with Strike.

They’ve now been hired to investigate a case of blackmail, one that only takes on the familiar shape of a Robert Galbraith murder mystery about halfway through the novel. The long delay between the start of the case and the classic bloody murder is unusual for a Cormoran Strike novel, and Lethal White’s long stretch of time spent with Strike and Robin in comparatively low-stakes circumstances allows Rowling to deepen and shade their relationship in ways she’s never quite had time to before. The result is the only love story Rowling’s ever written that’s capable of bearing the weight of a plot on its back, and in some ways the most romantic book she’s written yet.

The mystery format is where Rowling is technically at her most virtuosic and thematically at her weakest. She excels at tossing extraneous details and bits of plot detritus at her reader and making it feel almost possible to organize them all into a coherent solution, and the result is maddeningly entertaining: It feels as though you should have everything you need to know exactly whodunnit and why, but you can never quite put the pieces together the way that Strike and Robin can. When they finally make their grand reveal, everything falls into place with an almost audible click. It’s immensely satisfying.

But Rowling traditionally links her mysteries loosely to some political ideas, and most of her political ideas are not, to be honest, that interesting; they’re mostly pretty centrist and can be best summarized as “everyone is a little bit wrong and a little bit right.”

Career of Evil was interested in misogyny, from its most monstrous expression in the form of a serial killer who targeted women to the mundanity of Robin’s fiancé trying to control her, and it was mostly successful. Lethal White is Rowling’s stab at making sense of the rise of populist politics in the UK, and it is much less so. It mostly takes the form of Strike infiltrating a group of radical leftists protesting the effects of the 2012 Olympics on London neighborhoods, only to find, with much condescension, that the leftists are pretentious middle-class idiots.

Smugness is a little bit of a danger in all of the Robert Galbraith books. Rowling is very deeply on Strike’s side no matter what he does, so that he always finds himself with perfect final cutting statement for every situation and everyone else finds themselves gasping and flustered in his implacably cool wake. If you’re on Strike’s side too, it’s deeply satisfying; if you’re not, it’s infuriating.

But mostly, it’s very easy to be on Strike’s side. Strike and Robin are deeply likable characters, and it’s easy to root for them as they make sense of things for us, imposing order onto the chaos of the everyday world. And it’s also easy to root for them to finally get over themselves and admit that they are in love.

In the Harry Potter books, Rowling was notably uninterested in romance, and her love stories were one of the weakest parts of the series. But in the Cormoran Strike books, the romance is our way into the characters, the proof that they have warm and human hearts even in the chilly noir world they inhabit.

In Lethal White, Strike and Robin find themselves coming closer together than ever. Which means that for the reader, it’s easier than ever to love them both, and to forgive the book for the rest of its sins.