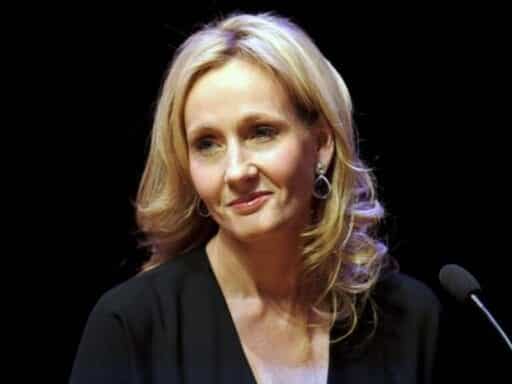 Now, in response to a significant UK court case, Rowling has provided what might be the ultimate, upsetting confirmation of her perceived transphobic leanings — and many fans are taking the revelation as a betrayal of the values of tolerance, compassion, and equality that they first learned from the Harry Potter series itself.

Rowling is customarily outspoken about her politics, which can be generalized as ranging from moderately liberal to progressive — though over time, she’s seemed increasingly less so than her fans. On Thursday morning, many of them woke up to a tweet from Rowling, which might seem at first to be a typical example of Rowling’s broadly liberal feminism.

Dress however you please.
Call yourself whatever you like.
Sleep with any consenting adult who’ll have you.
Live your best life in peace and security.
But force women out of their jobs for stating that sex is real? #IStandWithMaya #ThisIsNotADrill

In context, however, Rowling’s tweet reveals itself as a shocking dismissal of transgender identity: its first three lines seem to directly attack trans identity, while its final line mischaracterizes the facts surrounding a court case that involves significant transphobia.

Many fans have found Rowling’s statement deeply disturbing — so much so that the reaction to it was trending on Twitter on early Thursday morning, ahead of the historic impeachment of Donald Trump.

In 2018, a think tank called the Centre for Global Development (CGD) contracted with a British woman named Maya Forstater as a consultant. Forstater is a vocal TERF — or a trans-exclusionary radical feminist, a supporter of a transphobic political movement arguing that transgender women are men, and thus should be exempt from the legal and social protections afforded to women who are biologically assigned female at birth. TERF activism has been on the rise for years, particularly in the UK, where transmisogyny has become deeply embedded in feminist movements.

Throughout September 2018, and over the course of several different conversations in several different contexts, Forstater tweeted and retweeted a number of critical and dehumanizing things about both trans people in general and one specific trans man in particular. The tweets made staff members at the CGD uncomfortable, and ultimately, in March 2019, the company declined to renew Forstater’s contract.

Forstater responded by suing the company and its director, claiming that not renewing her contract was workplace discrimination against which she was protected by Britain’s 2010 Equality Act — even though that act also prohibits discrimination on the basis of “gender reassignment.” The case was seen as a major test of the law, with queer and trans activists fearing that a ruling in Forstater’s favor would mean open season on harassment of marginalized communities in the workplace.

Instead, on December 18, the court dismissed Forstater’s claim, in a ruling which outlined her extensive history of transphobic remarks and found that she “is absolutist in her view of sex and … will refer to a person by the sex she considered appropriate even if it violates their dignity and/or creates an intimidating, hostile, degrading, humiliating or offensive environment. The approach is not worthy of respect in a democratic society.”

It’s this committed ideological dedication to repudiating trans identity — the approach that’s been legally deemed unworthy of respect — that J.K. Rowling is championing in her “#IStandWithMaya” tweet. And as this context became clear to Harry Potter fans, a big, and sadly familiar, revolt occurred on social media.

If you’ve paid any attention to the Harry Potter fandom in recent years, you probably have some idea of how turbulent it can be. From the moment J.K. Rowling opened herself up to longstanding accusations of queerbaiting by outing Dumbledore after his death; to her defense of the casting of accused abuser Johnny Depp in the Fantastic Beasts franchise; to criticism of how she has handled issues of race and appropriation, she’s frequently come under fire from fans who feel that the author, and the massive magical universe she created, aren’t keeping step with the more progressive times they’re in.

JK Rowling and Joss Whedon are the same sort of late 90s-early 2000s “woke” where their views on race, sexuality, women’s rights, etc. might have been revolutionary back then, woefully inadequate now, but they’re too rich to, like, learn or care lol

In addition to this long, problematic history, trans fans have spent several years pointing out that, for a while now, Rowling seems to have been subtly sending what might best be described as transphobic dog whistles. For instance, in her 2015 novel The Silkworm (published under the pseudonym Robert Galbraith), Rowling includes a jarring subplot involving a trans woman who’s framed through a transphobic lens. Another scene in her following book, 2017’s Career of Evil, left some readers questioning whether it could be interpreted as transphobic satire. In 2018, she liked a transphobic tweet accusing trans women of being “men in dresses” — after which her publicist framed the like as a “middle-aged moment,” i.e. an accidental click. Rowling had a similar “accident” again in June 2019, when she straight-up followed a virulently transphobic British TERF on social media, to great uproar:

Cool. So, for #Pride2019, @jk_rowling is following a proud youtube transphobe. pic.twitter.com/06EuMDU2nn

In fact, upon closer inspection, Rowling turned out to have followed at least a dozen TERFs.

But despite previous rumblings, there was plausible deniability to the act of liking a lone tweet or even following a number of trans-exclusionary feminists. It was possible, after all, that she was just keeping tabs on the contrarian viewpoint. And in fact, that’s exactly what her representatives said, telling queer media outlet PinkNews in June, “she follows on Twitter a wide range of people she finds interesting or thought-provoking.”

So for a lot of fans, none of their hero’s latent transphobic leanings really sunk in until the far more blatant transphobic rhetoric of Thursday’s tweet. But reactions to the tweet were swift and bitter.

Harry Potter and the Wrong Side of History (2019) pic.twitter.com/PRw9heyQAK

The best part of the Harry Potter fan community is that we read so much queer shit into JK Rowling’s books despite her being a disappointing failure of a human who is probably horrified.

Tonks was definitely all kinds of gender fluid.

By far the most intense reactions came from trans fans themselves.

I grew up as a trans child reading your books as an escape. I would often pick out names from characters to give to myself, before I ever felt comfortable in who I was. This decision, to support people that hate me, and want to do me harm. It brings me to tears… Why. Why?

Every time you tweet defending racists, transphobes and abusers I swear my tattoo hurts. HP is everything to me and you’re slowly killing everything it represents.

JK Rowling at JK Rowling at
The start of vs. The end of the
The decade Decade pic.twitter.com/Th4ob7x63Z

“Scholars doubt that this person ‘JK Rowling’ even existed. Some theorize that the books were actually written by Sir Francis Bacon. Others believe they were authored by Christopher Marlowe. However, most scholars agree that the books simply appeared one day as if by… magic?”

As a longtime Harry Potter fan, someone who’s stuck with the fandom through countless moments of drama and real abuse and toxicity, I deeply relate to Travis McElroy’s wish in the thread above to be able to magically un-sully this thing that I love by somehow divorcing Harry Potter itself from the now-tainted voice of its author. But barring that, perhaps the best thing we can do is turn the saga of Harry Potter itself into a giant, ironic, cautionary tale: Never tweet.

Impressive that JK Rowling has managed to completely incinerate all of the goodwill she accrued from creating the most successful youth fantasy series of all time in just under a decade. Anything is possible, folks, if you just keep tweeting.

Why 12 Thai boys are still trapped in a cave, days after being found
Kate Manne on why female candidates get ruled “unelectable” so quickly
The EU will bar American travelers because of US coronavirus spread
Purdue Pharma admits to crimes for its OxyContin marketing. But no one is going to prison.
A new $748 billion bill could be Congress’s best hope for more stimulus this year
Live results for the North Dakota Democratic caucuses