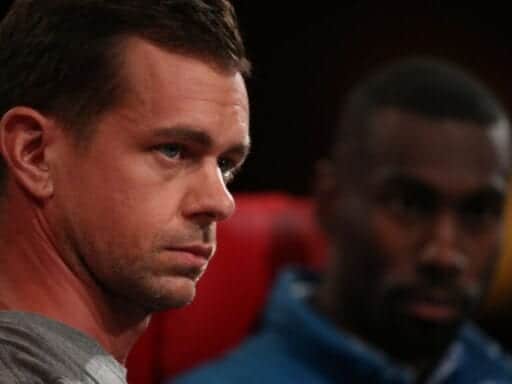 His gift is the largest yet from tech billionaires who are donating to criminal justice reform.

The police killing of George Floyd, an unarmed black man in Minneapolis, has shaken the country — including Silicon Valley. Tech billionaires are putting millions into criminal justice efforts as protests of police brutality and racial injustice have spread across the US.

The largest announced gift yet came on Wednesday from Twitter CEO Jack Dorsey, who said he was donating $3 million to a group founded by NFL quarterback Colin Kaepernick, who became the face of protests against police brutality in 2016 by kneeling during the national anthem.

The millions in donations are a new push for Silicon Valley’s wealthiest, some of whom are saying they have not done enough to prioritize issues important to black Americans.

Dorsey’s gift was preceded by one from Reed Hastings, the billionaire founder of Netflix who has largely focused his activism and charity on education reform. On Tuesday, Hastings said he would donate $1 million to a group researching police reform, the Center for Policing Equity. And about three dozen venture capitalists have together publicly committed another $2 million to groups focused on race and criminal justice. Tech companies have announced their own charitable gifts.

Some critics of philanthropy see these gifts as insufficient ways to address systemic racism, saying that these tech leaders perpetuate racial inequality in their day jobs by not hiring diverse teams or clamping down on racist rhetoric on their platforms. That syncs with a broader critique of mega philanthropy that has become louder in recent years: that the wealthy should focus on reducing their harm rather than making major gifts.

Criminal justice reform has been a priority for some, but not all, major tech donors, such as Facebook co-founder Mark Zuckerberg, who said this week that his and his wife Priscilla Chan’s charitable entity, the Chan Zuckerberg Initiative, gives away about $40 million a year for this work. But this issue is now having more widespread resonance in the aftermath of the killing of Floyd and others.

Take Dorsey, for instance. Dorsey, who is also the founder of the payments company Square, sent shock waves this spring when he announced a new $1 billion commitment to a new charitable initiative called Start Small. The predominant focus, he said at the time, would be coronavirus relief, but it would eventually spend money on two other efforts — promoting universal basic income and issues important to women and girls.

Criminal justice reform wasn’t included. But earlier this week, Dorsey tweeted that there had to be “police policy reform now.” And then his gift on Wednesday to Kaepernick’s group, called Know Your Rights Camp, is the first time a group of the 60 or so he has backed has nothing to do with the coronavirus.

The gift, Dorsey said, would “advance the liberation and well-being of Black and Brown communities through education, self-empowerment, mass-mobilization to elevate the next generation of change leaders.”