Jared Kushner is reportedly still having some security clearance problems 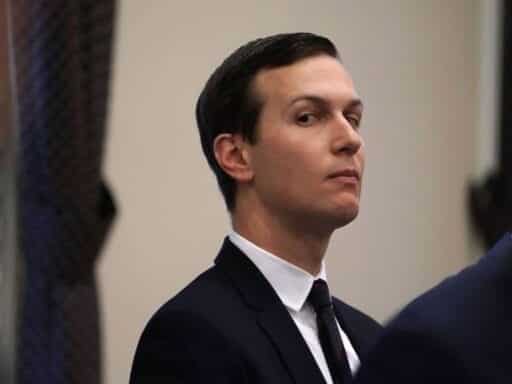 Jared Kushner is reportedly once again facing pesky problems with his security clearance.

The Washington Post’s Carol D. Leonnig, Josh Dawsey, and Ashley Parker reported on Thursday that Kushner has only received “top secret” security clearance. That means Trump’s son-in-law and top aide — who has a hefty portfolio — doesn’t have access to some of the most sensitive intelligence, including some elements of the president’s daily briefing.

This is the latest in the saga of Kushner’s security clearance. Kushner was granted interim clearance to the most sensitive intelligence. It was a source of controversy, since Kushner had failed to disclose a whole bunch of meetings with foreign officials, including with some Russians — Ambassador Sergey Kislyak and Natalia Veselnitskaya, the lawyer at the infamous Trump Tower meeting. Kushner’s security clearance was then downgraded to “secret” amid fallout from the White House’s Rob Porter scandal.

The delay in Kushner obtaining full security clearance had raised some questions as to whether the delay might be attributed to special counsel Robert Mueller’s investigation into the Trump campaign’s ties to Russia. But in May, the Washington Post reported that Kushner had gotten permanent clearance, which seemed to indicate that he was no longer a subject of the probe.

But it turns out there was a caveat, at least based on this latest Washington Post report. Kushner can’t see the most sensitive US secrets, which is kind of a big problem for the administration official tasked with solving Middle East conflict.

The Washington Post says Kushner still doesn’t have that SCI clearance — which stands for sensitive compartmented information — which is granted by the CIA. It’s not clear what’s the hold-up, or whether it has anything to do with the still ongoing Russia probe. (Mueller’s office, as usual, declined to comment.)

Kushner’s attorney Abbe Lowell told the Post that Kushner was given permanent White House clearances in May, and “has access to all the materials and information he needs to do the domestic and international work the president has asked him to do.”

Vox Sentences: Florence’s flooding continues
Congress finally passes $19 billion in disaster aid
US intelligence says North Korea is building new missiles
The unbearable grief of Black mothers
How some 2020 Democrats would actually get their climate plans through the Senate
“Brooch warfare,” explained: what Queen Elizabeth’s jewels might be saying about Trump