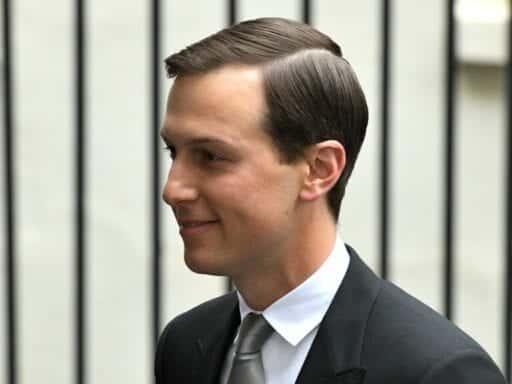 He’s not off to a particularly great start.

The senior White House adviser and presidential son-in-law is in the wealthy Gulf nation for a US-led conference, dubbed the “Peace to Prosperity Workshop.” It’s intended to build support for the economic portion of the Trump administration’s Israeli-Palestinian peace plan — part of the so-called “deal of the century” Kushner has been working on for more than two years — which the White House released ahead of the conference.

The plan is billed as “a vision to empower the Palestinian people to build a prosperous and vibrant Palestinian society,” and the administration claims it has “the potential to facilitate more than $50 billion in new investment over ten years.”

But critics have slammed the proposal, likening it to a “real estate brochure” — complete with glossy promotional photos from Palestinian aid programs that the Trump administration has cut.

For one, the plan lacks any details about a political solution to the Israeli-Palestinian conflict. That’s by design: Kushner decided to put out the economic half of the plan first before releasing the political half sometime later this year, saying that releasing the economic piece was “less controversial.”

But without that second political half, the economic proposal is essentially meaningless. It’s hard to imagine anyone investing billions of dollars in big infrastructure and transportation projects for Palestinians in the West Bank and Gaza while the Israeli government continues to annex more and more territory in the former and regularly bombs the latter.

And it gets worse.

The Bahrain conference — which is being jointly hosted by the US Treasury Department, the White House, the government of Bahrain, and its ministry of finance — is meant to be a chance for governments, civil society groups, and businesses to “share ideas” and “discuss strategies” for economic initiatives in the West Bank and Gaza that “could be made possible by a peace agreement,” according to Al Jazeera.

All of which sounds great in theory — except for the fact that zero Israeli or Palestinian officials are participating.

Other Arab countries, such as Jordan and Egypt, sent representatives, but as the New York Times pointed out, some of the attendees were midlevel folks, perhaps revealing the lackluster reception for the Trump administration’s plan and a desire not to offend the Palestinians. Business leaders and representatives from international organizations, including the heads of the International Monetary Fund and the World Bank, were also in attendance.

But without any official government representatives for either the Palestinians or the Israelis in attendance, it’s unclear what exactly all those other people are going to talk about.

Despite these setbacks, Kushner seems undeterred. In an interview with Al Jazeera, he said the conference was already a success: “I think it’s already been a success in the sense that we have every country coming from the region, we have many countries coming from throughout the world, despite people who tried to get them not to come, they’re all coming and that’s a very big first step.”

Controversy or not, the Bahrain conference goes ahead as scheduled

Kushner kicked off the Bahrain conference on Tuesday by introducing his peace plan vision and urging attendees to “imagine a new reality in the Middle East” and to tackle the conflict “through a different lens.”

Kushner admitted that any economic plan wouldn’t succeed “without an enduring and fair political solution to the conflict, one that guarantees Israel’s security and respects the dignity of the Palestinian people.” But, he reminded the audience, “today is not about the political issues” and said he would address them at the “right time.”

Instead, Kushner asked attendees to imagine a “bustling commercial tourist center in Gaza and the West Bank,” a place where international business could “come together and thrive.”

Kushner also promised the Palestinians — who, again, are boycotting the conference and are protesting with a coffin to represent the Bahrain conference and the peace plan — that “despite what those who have failed you have told you, President Trump and this administration have not given up on you.”

But Kushner’s address and the Bahrain conference more broadly will probably do little to convince the Palestinians that the Trump administration plan will really offer a “different lens” from which to look at the conflict.

Kushner’s decision not to engage with the politics deliberately divorces it from the very issues that make resolving the Israeli-Palestinian conflict so difficult. For example, as Kushner discussed bustling tourism in the West Bank, he failed to mention the Israeli occupation of it.

Administration officials have said this Bahrain conference isn’t intended to come up with a robust plan, but rather to “get feedback,” a source told the Washington Post.

To that end, the Bahrain conference will include panels and presentations from various stakeholders. On Tuesday, Stephen Schwarzman, CEO of the Blackstone Group, and Mohamed Alabbar, an Emirati businessman, hosted a very buzzword-y-sounding panel called “The Time Is Now: Building a Coalition for Middle East Prosperity.”

And again, without major stakeholders, it’s unclear what this conference will achieve. A former State Department official suggested to the Guardian that the attendees who came did so for cynical reasons, including to “curry favor” with the Trump administration.

It’s also not clear when Kushner will debut the political piece of his peace plan. Last month, Israeli Prime Minister Benjamin Netanyahu failed to form a coalition government despite his election victory, leading to new elections in September. It seems unlikely that the administration will make public any plan until Israel resolves its leadership crisis.

That puts the big reveal sometime in the fall. But that’s also when the US presidential elections will heat up, making it risky for the Trump administration to expend any political capital on a plan that already seems dead on arrival.