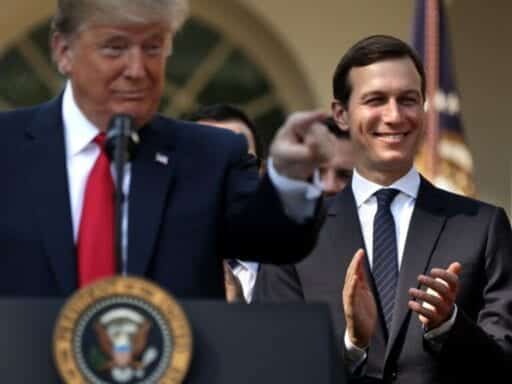 Crown Prince Mohammed bin Salman has withstood criticism in the past.

Correction: This story was based on reporting by the New York Times that has since been updated. This piece now reflects the new reporting on Jared Kushner’s advice to President Trump about Saudi Crown Prince Mohammed bin Salman.

Kushner’s reasoning? The royal, also known as MBS, has withstood past criticism. Indeed, despite masterminding Saudi Arabia’s war in Yemen and kidnapping Lebanon’s prime minister, MBS remains the de facto leader of his country and has strong ties with foreign leaders.

That tidbit came in a Thursday New York Times report, which also notes that Riyadh plans to blame a Saudi intelligence official — Gen. Ahmed al-Assiri, who is close to the crown prince — for Khashoggi’s murder.

Kushner has cultivated a personal relationship with MBS while serving as senior White House adviser for Middle East affairs. He and the crown prince even text on WhatsApp, an encrypted messaging app. Because of his close ties to the Saudi royal, Kushner has purposely stayed out of the spotlight during the scandal.

That means it’s possible the administration will change course and take steps to punish Riyadh down the line. But for now, it doesn’t look like that’s likely to happen.