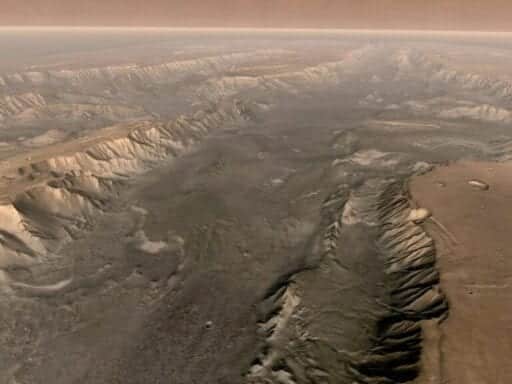 Here’s what experts in managing risks to human civilization think we should be doing instead.

The Intergovernmental Panel on Climate Change warns us that climate change could be shaping up to be even more catastrophic than we feared. Too many world governments are still armed with nuclear weapons that they’ve nearly deployed by accident on occasion. We’re unprepared for pandemics, and technological advancement is bringing within reach new threats to our world.

Elon Musk famously founded SpaceX because he was frustrated NASA wasn’t getting us to Mars fast enough, and was left worried there was no second chance for humanity. Bezos, too, is worried that Earth will become uninhabitable, and that by the time we realize we need the infrastructure to escape this planet it’ll be too late to build it. He’s spent his personal fortune on BlueOrigin, which will begin commercial spaceflight next year.

These proposals have been roundly criticized for their seeming elitism, working on a life raft for the few while most people are left to die. (Musk contests that, saying that it’ll be adventurous people, not elite ones, who populate Mars.) I was interested in another angle: Would this even work? If you have a few billion dollars to throw at the problem of getting humanity through the next centuries alive, is a Mars colony a reasonable place to spend it?

Cosmologist Martin Rees at Cambridge University just published a book about existential threats to our world. When Vox’s Sean Illing sat down for an interview with him, he asked whether humanity would need to leave Earth to survive. Rees rejected the idea immediately: “I think that’s a dangerous delusion because Mars will be a more hostile environment than the top of Everest or the South Pole, and dealing with climate change here on Earth is far more important than terraforming Mars.”

That was a recurring theme in my conversations with experts. Earth is in trouble, but Mars is deeply inhospitable to humans. And even the worst catastrophes are unlikely to leave this world as hostile to humanity as a planet with no life, no atmosphere, limited gravity, and little water. Mars is not likely to be our salvation in a disaster. If we want to keep humanity alive, there are better places for Bezos, Musk, and anyone else afraid for the future of our species to spend their money.

Trying to pinpoint a scenario where a Mars colony might help

Nick Beckstead is a program officer at the Open Philanthropy Project, where he researches threats to the survival of human civilization. It’s his job to think about the worst-case scenarios — both how to prevent them and whether there are any ways to preserve a future for the human race if they come to pass.

I asked him whether he thought a Mars colony might save us. At first he was a bit more upbeat than Rees. “If we had a thriving civilization on another planet, that would be really good news for the future of humanity,” he said. He’s looked into risks like climate change, nuclear war, pandemics, and other potential sources of ecological catastrophe. A healthy, independent Mars colony that didn’t need any supplies from Earth could immunize us from many of those dangers. “If you handed me a Mars colony that was functioning, I’d be pretty excited about that.”

But he’s less bullish when considering the prospects of achieving that. “It’s going to be very difficult, very expensive, and probably take a long time,” he said. Not a long time as in decades — which might barely be enough time to get us to Mars in the first place — but a long time as in centuries.

Beckstead noted he’d be much more optimistic if a Mars colony were really achievable in a matter of decades, as Musk thinks it is. But as Musk himself admits, timelines aren’t his strong point: Even when his futuristic technology comes together, it tends to take longer than expected. And even Musk doesn’t expect that his colony will be self-sustaining anytime soon.

For a Mars colony to do any good, humanity has to hold itself together for the next several centuries. A lot of Beckstead’s work is on identifying ways for us to do exactly that, so I asked him whether he thought there were faster, more cost-effective approaches to protecting humanity in the event of a worst-case scenario.

Say we agree with Elon Musk that we need “enough of a seed of human civilization to bring human civilization back.” It seems like we could achieve that either with a Mars colony … or with a bunker in New Zealand. (New Zealand is sometimes mentioned as a location unlikely to be nuked — or made uninhabitable by nuclear winter — in the event of a global nuclear war.) Are there any risks that the Mars colony protects us from that the bunker in New Zealand doesn’t protect us from?

Not many. Climate change could turn out vastly more devastating than even our worst-case models — but bad enough to make the Earth less habitable than Mars? In the most pessimistic projections, a full nuclear exchange could drop Earth’s temperature down to 17-20 degrees Fahrenheit, which would be utterly catastrophic to life as we knew it … and still much warmer than Mars.

Even if a bioengineering disaster managed to destroy literally all life, Earth would still be more habitable for humans than Mars would. Beckstead, who engages seriously with lots of very strange ideas, called the ones we were airing “a little far-out.”

There are other dangers a Mars colony wouldn’t help with at all. Beckstead mentioned risks from advanced artificial intelligence, which is an area Elon Musk has publicly expressed concerns about as well. So I reached out to the Machine Intelligence Research Institute to ask whether a Mars colony can protect us from the AI hazards they study.

Rob Bensinger, head of research communications there, thought that a Mars colony does nothing to mitigate any of his safety concerns. (Neither does the bunker in New Zealand). He wanted to disabuse me of the notion that AI risk is about computers hijacking our drones to turn on the human race — a scenario where being on another planet might actually make a difference.

The risk AI researchers are concerned with is about humanity being outmatched, not about getting into a shooting war. Just like I know I’d lose if I tried to negotiate a business deal with a team of experienced corporate lawyers — even though I don’t know what specific mistake I’d make — he says we’ll lose if we’re trying to negotiate the future of humanity with powerful computer systems we don’t understand. Having more planets won’t help.

“Escaping to Mars is in the genre ‘beat Deep Blue at chess,’” Bensinger says — meaning that it only works to manage risks for as long as humanity is more resourceful than AI.

Going to Mars might be a fun goal. But keeping us alive requires staying focused on Earth.

What I heard from all of them was that, while space colonization is exciting, more resources are needed for risk-mitigation efforts here on Earth.

Beckstead, the Open Philanthropy Project program officer, is focused on those. “Given that there are many risks it doesn’t protect us from very well, and given that it’s expensive and going to take a long time … I see options that are an easier route to success,” said Beckstead. He did, however, want to make sure I knew that he thinks space exploration is a worthy human endeavor — just not particularly high on the list of ways to keep our species alive.

I took a look at the projects Beckstead has made grants to. Scientists at Rutgers University are studying the climate effects of nuclear war, hoping to create pressure towards safer nuclear policy by better understanding the devastation a war could cause. At UCLA’s School of Law, researchers are studying the international governance and cooperation implications of climate engineering. The Center for Global Development is looking at the Ebola crisis for takeaways about how we might manage a pandemic, and researchers at Oxford’s Future of Humanity Institute are studying international coordination on AI.

None of these researchers will get any rocket launches or many headlines. But their work might help carry us through to the day when BlueOrigin and SpaceX — or their successors founded by our grandchildren — can take us to the stars.

The Bezos divorce, explained
Donald Trump’s Hollywood Walk of Fame star has been destroyed by a pickaxe-wielding vandal
Vox Sentences: When Trump knew
Coverage of the first impeachment hearing illustrates how the media is falling short
Why Democrats shouldn’t assume that a bad economy will sink Trump
This week’s stock market meltdown, explained