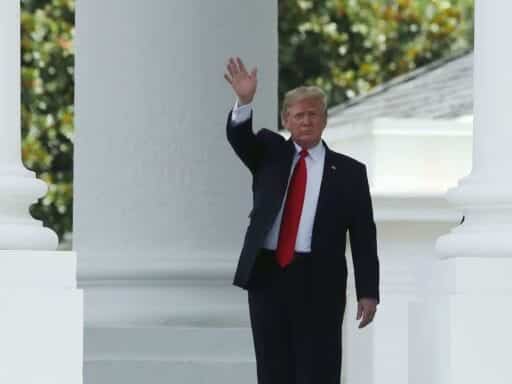 Jennifer Arangio, a top National Security Council official, is out. She reportedly clashed with other Trump administration officials, including Stephen Miller, over the White House’s hardline immigration policies and attitude towards refugees.

Arangio isn’t the only high-profile figure to be shown the exit in recent weeks. At the start of the month, President Donald Trump announced the resignation of scandal-plagued EPA Administrator Scott Pruitt. And Politico reported on Thursday that legislative affairs director Marc Short is planning to step down before the end of the month, just as Trump gears up for a fight on Capitol Hill over his Supreme Court nominee.

In early spring, the administration was bleeding officials by the week and everyone else seemed on the verge of getting ousted. But a lull had set in since — until Pruitt’s departure. Still, Trump has had the most Cabinet-level staff turnover at this point in his presidency than any other president in the past 100 years, according to the Associated Press.

With Arangio the latest to leave, here’s a look at everyone else who’s resigned, or been fired, in the first 18 months of the Trump administration.

Arangio is a former Capitol Hill staffer who, according to her LinkedIn profile, served as the national director of women engagement in the final stretch of Trump’s 2016 campaign and joined the NSC after his inauguration. CNN reports that Arangio clashed with other White House officials, including top Trump aide and immigration restrictionist Stephen Miller, on the issue of refugees admissions to the United States.

Trump has lost a long-time aide and liaison to Capitol Hill. Short, who previously worked as an aide for Vice President Mike Pence shepherded the president’s agenda on Capitol Hill, chalking up a major victory with the tax bill, but falling short on Obamacare repeal. He’s leaving the White House for the private sector and a teaching gig at the University of Virginia.

Short’s departure isn’t that surprising — it had been rumored for some time, though that was before a potential Supreme Court battle. The White House told the Washington Post that Shahira Knight, an aide on the National Economic Council, will take over Short’s job.

5 fascinating stories about Lee Israel, the real person behind Can You Ever Forgive Me?
Facebook says its FTC fine and impending regulation are actually good things
Rick Gates just testified that he committed crimes with Paul Manafort
Pulling CO2 out of the air and using it could be a trillion-dollar business
You’re watching Fox News. You just don’t know it.
Who wants a teddy bear for Valentine’s Day?