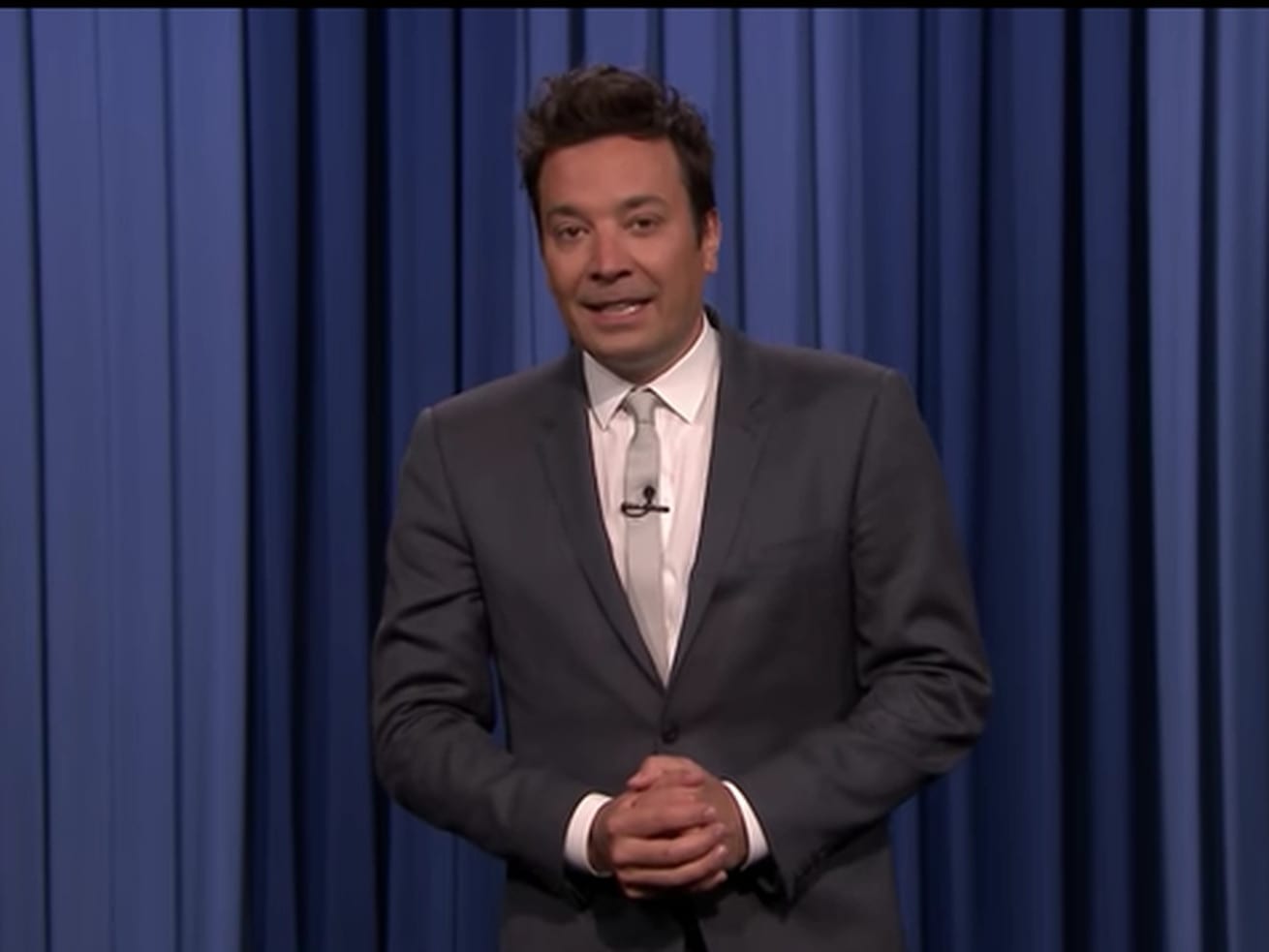 Trump attacked Jimmy Fallon on Twitter. Fallon dedicated his monologue and a donation to a refugee charity to the president.

Jimmy Fallon thinks President Trump should have better things to do than make fun of the comedian on Twitter and said as much in his Monday-night Tonight Show monologue addressing the leader of the United States.

“As you may have heard last night, the president of the United States went after me on Twitter. So, Melania, if you’re watching, I don’t think your anti-bullying campaign is working,” Fallon said, referring to a Twitter outburst Trump had over the past weekend in which he chided Fallon to “be a man.”

.@jimmyfallon is now whimpering to all that he did the famous “hair show” with me (where he seriously messed up my hair), & that he would have now done it differently because it is said to have “humanized” me-he is taking heat. He called & said “monster ratings.” Be a man Jimmy!

Trump’s attack on Fallon didn’t come out of the blue. The tweet appears to have been in response to a Hollywood Reporter interview of Fallon in which he expressed regret for having invited Trump, then the Republican presidential nominee, to his late-night show in September 2016 where Fallon lobbed softball questions at Trump and famously ruffled his hair. Fallon was criticized for normalizing Trump and not doing more to confront him about his politics or behavior, which the Tonight Show host has been justifying or apologizing for ever since.

“I did not do it to ‘normalize’ him or to say I believe in his political beliefs or any of that stuff,” Fallon told THR in the interview. “I’m sorry. I don’t want to make anyone angry — I never do and I never will. It’s all in the fun of the show. I made a mistake. I’m sorry if I made anyone mad. And, looking back, I would do it differently.”

As THR pointed out, Fallon has lost one-fifth of his viewers since January 2017 and was not nominated for an Emmy for the first time in many years. It’s unclear, however, how much of that drop-off has been directly related to his Trump interview or his general reluctance to wade too deep into political humor after the election. But on Monday night, he addressed Trump head-on.

In his Tonight Show monologue, Fallon didn’t directly reference the hair-ruffling saga, but he did poke fun at the president’s Twitter confrontation.

Fallon also announced he was making a donation to the Refugee and Immigrant Center for Education and Legal Services (RAICES) in Trump’s name — obliquely referencing the criticism the president has received because of his administration’s policy of separating migrant families at the US border. He then used the announcement to pivot into what might be a quintessential Jimmy Fallon-style Trump joke:

“When Trump heard that, he said, ‘I love RAICES; they’re my favorite peanut butter cup,’” Fallon joked. “‘There’s no wrong way to eat a RAICES.’”