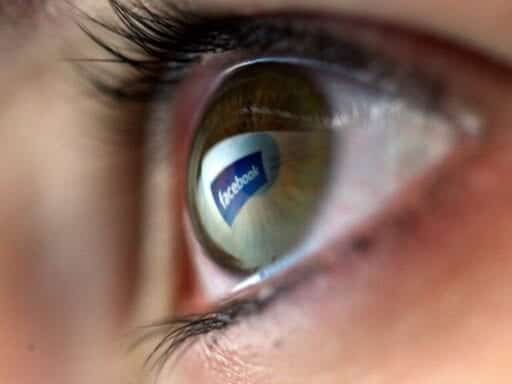 Businesses have been posting job ads on Facebook that illegally discriminate against women and elderly workers.

Facebook users filed discrimination complaints last year against 66 employers, including Facebook, accusing them of posting job ads on the social network that only men and younger workers could see. Most of those cases are still pending, and the new decision suggests workers may prevail in all of them, eventually leading to settlements.

“This historic decision shows that our civil rights laws apply to digital advertising and recruiting. It underscores that the internet is not a civil rights-free zone,” Peter Romer-Friedman, one of the lawyers representing workers in the seven cases, said in a statement to Vox. The EEOC decision was made in July, but it wasn’t made public until Wednesday.

The businesses had bought ads on Facebook to publicize job openings, but targeted them to young men, so women or people over the age of 55 who use the platform couldn’t see them. The jobs included positions for truck drivers and window installers.

The companies had argued that they’re allowed to target certain demographic groups, as long as their overall recruitment strategy doesn’t exclude protected groups. The EEOC disagreed. The agency, which enforces civil rights laws at work, said the job ads were a violation of the Civil Rights Act and the Age Discrimination in Employment Act.

The complaints focus on a central feature to Facebook’s unique business model — letting advertisers micro-target the network’s users based on their interests, city, age, and other demographic information.

While it’s generally not against the law for businesses to advertise services to people of a certain race or age, it can be illegal in certain contexts. For example, ad campaigns related to housing, real estate, financial services, and job opportunities cannot exclude black and Latino people.

The recent EEOC decision suggests that targeting digital job ads based on gender and age is also illegal. Under federal law, workers and job seekers must first file discrimination complaints with the EEOC before they can sue in federal court.

In recent years, civil rights advocates have sued Facebook for accepting ads that discriminate against consumers based on their religion, race, and gender. The tech company is also accused of age discrimination in a class-action lawsuit filed in May 2018 by older Facebook users who were looking for jobs.

Facebook has argued that the company is not legally responsible when other companies buy ads that violate the law. Its lawyers cited the Communications Decency Act, a federal law that protects internet companies from liability for content created by third parties. But user groups argue that Facebook ads are not third-party content because the company developed the micro-targeting ad technology.

In the complaint filed in September 2018, lawyers showed how the company’s ad-building tool let businesses exclude women from seeing job posts. A Facebook disclosure for a job ad posted earlier this year by a furniture store in Texas said the business was trying to reach men between 18 and 50 years old near the city of Fort Worth to assemble furniture, according to the New York Times.

Lawyers collected similar job ads posted on Facebook between October 2017 and August 2018, and they filed the complaint on behalf of all women Facebook users who were looking for jobs at the time.

The social media network first came under scrutiny for civil rights abuses in 2016, when a ProPublica investigation found that companies could buy ads that screened out users based on their race, which is potentially illegal in the context of housing and employment advertising.

Facebook announced in February 2017 that it had developed a new system to flag and reject certain ads that screened users based on “ethnic affinity,” but the network continued to let advertisers filter out characteristics linked to other protected groups: women, people with disabilities, and religious minorities.

That triggered lawsuits from groups such as the National Fair Housing Alliance, the American Civil Liberties Union, and the Communication Workers of America, a labor union representing 700,000 media workers across the country.

Older workers have also accused Facebook, Ikea, and hundreds of other companies of discriminating against job seekers in their 50s and 60s.

The Communications Workers of America added the companies to a class-action lawsuit in May 2018, which was filed in California federal court in 2017. In its original complaint, the labor union accused Amazon, T-Mobile, and Cox Media Group of doing the same thing.

Facebook had previously argued that the company is not legally responsible when other companies buy ads that violate the law. But in the filing, the CWA added Facebook to its complaint as one of the companies accused of violating civil rights laws by targeting its own job ads to younger users.

Here is one ad Facebook posted, submitted by the plaintiffs, inviting users to a career fair with Facebook recruiters. The ads were visible only to users between the ages of 21 and 55:

Facebook denied that these kinds of ads are a form of age discrimination. Rob Goldman, Facebook’s VP of advertising, compared it to posting job ads in magazines geared toward young audiences, which the courts have said isn’t inherently a form of age discrimination as long as the company is also posting job ads in media outlets with older audiences or making other recruitment efforts.

“What matters is that marketing is broadly based and inclusive, not simply focused on a particular age group. In addition, certain employers want to attract retirees or recruit for jobs with specific age restrictions like the military or airline pilots,” Goldman wrote in 2017 in response to the original lawsuit and after ProPublica and the New York Times published a joint investigation that year, describing potential age and gender discrimination in the job ads (the first ProPublica investigation focused on race and ethnicity only).

Plaintiffs in the age discrimination lawsuit wanted the court to order the companies involved, including Facebook itself, to stop posting job ads that filter out older workers. They argued that it’s a violation of the Age Discrimination in Employment Act of 1967, which makes it illegal to discriminate against workers over the age of 40 in employment advertising, recruiting, hiring, and other employment opportunities.

Here are a few other ads the plaintiffs submitted as evidence:

Even before the EOCC made its ruling, Facebook said it will no longer let businesses buy targeted ads on the platform that potentially discriminate against users who are women, people of color, or elderly.

The company announced in March that it was settling five lawsuits filed last year by civil rights groups that claimed the platform’s business model allowed companies to illegally advertise job opportunities, home sales, and credit offers that were only visible to men, young people, and users in white neighborhoods.

“Housing, employment and credit ads are crucial to helping people buy new homes, start great careers, and gain access to credit,” Facebook COO Sheryl Sandberg wrote in a blog post back in March. “They should never be used to exclude or harm people. Getting this right is deeply important to me and all of us at Facebook because inclusivity is a core value for our company.”

As part of the settlement, Sandberg said the platform will no longer allow advertisers to target users by age, gender, or zip code if the ads are related to housing, employment, or credit offers. Ads related to other products and services will not be held to this standard.

The announcement was a major change to Facebook’s business model, which has allowed advertisers to target audiences to an extent that no media company has been able to match. It was also a sign that Facebook is softening its usual aggressive response toward public criticism.

Now, the current EEOC complaints against dozens of businesses give women and older workers a chance to get compensated for missing out on those potential job opportunities.

Trump’s association health plans are kind of a flop
Steve Mnuchin: “We are looking at sending checks to Americans immediately”
Vox Sentences: This time, nature wins
Data shows a surprising campus free speech problem: left-wingers being fired for their opinions
Vox Sentences: “Always under audit”
Why Sam Mendes made 1917 look like it was shot in a single, continuous take