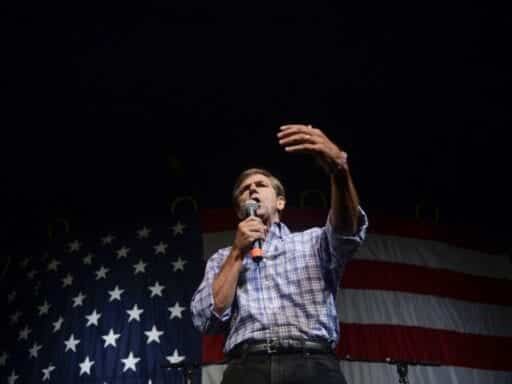 Joe Sestak, a former admiral and Pennsylvania congressman, has dropped out of the Democratic presidential primary.

He exited thanking his supporters in a statement, writing, “I could never pay enough for what I experienced, and the men and women I met. … I will miss the opportunities I had in experiencing America in such a wonderful way!”

Sestak was one of the last candidates to join the crowded 2020 field, saying he stayed out of the race for the first half of 2019 to care for his ill daughter. He worked to make up for lost time by camping out in Iowa, and tried to differentiate himself from other, better known candidates with his foreign policy expertise and a unique approach to health care that could have combined Medicare-for-all and with a fully government-run health system.

Like Rep. Tulsi Gabbard and South Bend, Indiana Mayor Pete Buttigieg, the former three star admiral told voters his experience fighting in the war on terror gave him an understanding of foreign policy unique in the field. Unlike Gabbard and Buttigieg, however, Sestak commanded a regional force of US and allied countries’ troops, and he argued this experience gave him unparalleled leadership expertise and the sort of cool judgement under pressure needed in a commander-in-chief.

Voters weren’t convinced that experience was enough for the Oval Office. They also were not swayed by Sestak’s unique health care pitch that combined elements of socialist health care systems with Medicare-for-all.

The Navy veteran credited the care provided by the Veterans Health Administration (VHA) with his daughter’s remission from cancer. So much so, that he proposed making the US health care system look a lot more like the VHA — he hoped to pilot a program that would have created a national health system that employed its doctors, as the VHA does.

He also hoped to simultaneously test a Bernie Sanders-style Medicare-for-all, eventually either enrolling Americans in the VHA-style health system or moving everyone to Medicare-for-all.

Despite his efforts, Sestak ultimately failed to connect with voters or to secure the sort of national platform candidates with low name recognition need to facilitate fundraising. He leaves the race having never broken into the single digits in national polling.

Following his 31 year career in the Navy, Sestak won one of Pennsylvania’s seats in the Congress. There, he became known for being a prolific author of legislation, for expecting his staff to work as hard as he did, and for being extremely accessible to his constituents.

He mostly flew under the radar, however, until he tried to run for the Senate, primarying and defeating the man President Barack Obama had promised to deliver the seat to (but not before briefly embroiling the president in controversy by saying the White House had offered him a job in exchange for dropping out of the race). After embarrassing the leader of his party, Sestak lost the general election.

He ran again in 2016 having further upset the Democratic establishment by refusing the party’s help with his campaign and by again running against his party’s preferred choice. He also decided to walk across Pennsylvania to campaign, a move leaders felt was ill-advised. He lost that race, too.

At the time, Sestak told voters his willingness to do what he felt was best showed that he wanted to put his constituents over party. He echoed this sentiment during his 2020 run, telling Vox, “What this nation most yearns for and most wants is someone who is accountable to them. Not to party. Not to ideology. Not to self. Not to any special interests. That’s what America needs, someone who people actually believe — as they did in my district — is willing to be accountable to them.”

Democratic primary voters did not buy into this vision of a president, but should Sestak like to continue seeking public office, the senator who ultimately won the seat Sestak ran for in 2016 — Republican Pat Toomey — will be up for reelection in 2022.