John Oliver: Kavanaugh’s Senate hearing was a “fuck you” to women 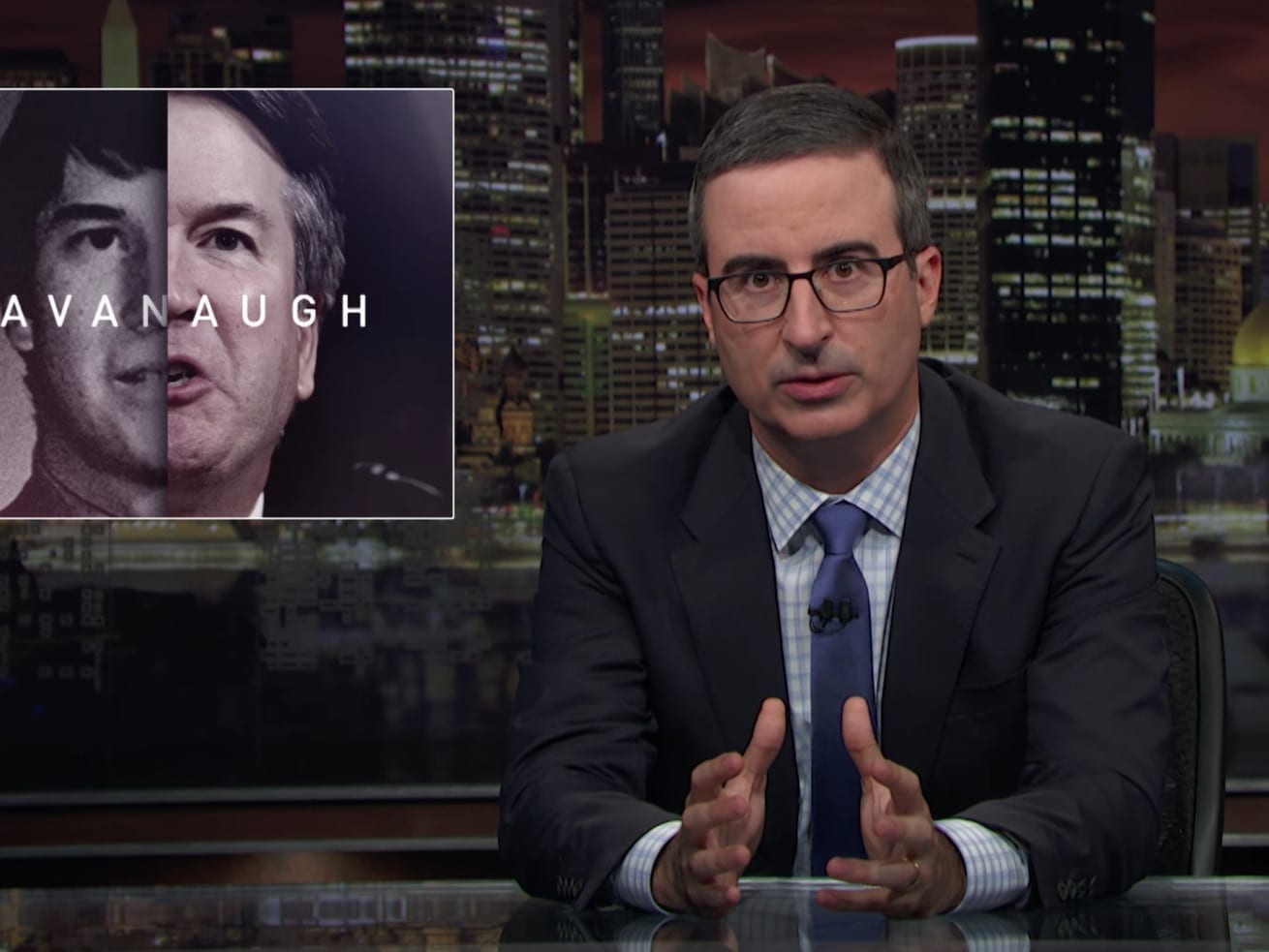 The Last Week Tonight host summarized the Senate Judiciary Committee’s message as, “We believe you — we just don’t care.”

Why did so many people find it so dispiriting and infuriating to watch last week’s Senate Judiciary Committee hearing, in which Supreme Court nominee Brett Kavanaugh and professor of psychology and research psychologist Christine Blasey Ford both testified regarding Ford’s allegation that Kavanaugh sexually assaulted her when they were both teenagers?

As John Oliver so astutely argued in Sunday’s episode of Last Week Tonight, it was because the hearing had nothing to do with whether Ford’s allegation is credible or with the committee’s desire to find out the truth. The result, Oliver explained, was that many Americans came to the unfortunate realization that the message of the hearing was simply, “We believe you — we just don’t care.”

At the top of the episode, in announcing his intention to spend the entire half-hour discussing the hearing, Oliver mentioned Trump’s recent United Nations speech and the nightmarish new Philadelphia Flyers mascot, Gritty, as other recent happenings he’d much rather be discussing. But the hearing — and all its implications as to America’s current political landscape — took precedent.

As his fellow late-night hosts did once the hearing was complete, Oliver pointed out just how different Kavanaugh’s blustery prepared statement and responses were from Ford’s much calmer ones, joking that he was starting to think “men might be too emotional for the Supreme Court.” He also dug into Kavanaugh’s defense, noting that the female friends the judge listed off while trying to paint a more temperate picture of himself wasn’t testimony so much as a “plaintive, spoken-word cover of ‘Mambo No. 5.’”

If anything, Oliver said, Kavanaugh’s testimony only seemed to underline just how unfit he is for the Supreme Court — as well as cast even more aspersions on his supposed innocence. He specifically cited an exchange that Kavanaugh had with Sen. Amy Klobuchar (D-MN), in which she asked him whether he’d ever blacked out from drinking, and he responded, “I don’t know, have you?”

“Aside from being deeply disrespectful, ‘Have you?’ is just not the answer of an innocent person,” Oliver pointed out, noting just how easy it would have been to simply say no if that was in fact the truth. “If you ask someone if they ever blew a dog and they go, ‘I dunno, have you?’ that person blew a dog.”

Oliver also commented on how frequently Kavanaugh talked about drinking beer during his testimony, including a much-mocked moment where Kavanaugh declared, “Yes, we drank beer, my friends and I, the boys and girls. Yes, we drank beer. I liked beer. Still like beer. We drank beer.”

On top of that, Kavanaugh’s tone was “not the tone of a man who hopes to one day have the honor of serving on the Supreme Court, but the tone of a man who feels entitled to be on it and frankly can’t believe you’re being such a dick about this,” Oliver said, in one of the segment’s notably few moments of levity.

But for as easy as it was to lampoon Kavanaugh’s behavior during the hearing, by the end of the episode, Oliver came to a crucial point: The fact that Kavanaugh’s testimony was a mess didn’t actually matter. Some Republican senators — including Orrin Hatch (UT) and Lindsey Graham (SC) — had seemingly already made up their minds before the hearing began, as had the conservatives throwing their weight behind Kavanaugh’s nomination. It didn’t matter whether or not he’d committed sexual assault; he would further conservative goals, such as curtailing abortion rights, and that was that.

“It’s a stance that prioritizes human lives, as long as you think life begins at conception, stops right before a sexual assault, and then starts right back up again as soon as that assault is over,” Oliver said, earning raucous applause from his studio audience as he came to his central point: “It feels like they’re doing this just to deliver a ‘fuck you’ to Democrats and, even more directly, a ‘fuck you’ to women.”

With that in mind, Oliver stressed the importance of continued pressure to try to prevent Kavanaugh being confirmed for the Supreme Court, as well as never forgetting just how it came to be. To conclude, he made a promise as to Last Week Tonight’s all-dog Supreme Court (a recurring bit on the show in which the Supreme Court justices are played by dogs), saying that if Kavanaugh is confirmed, he will not be represented by a dog but by something “hostile, consistently unsettling, temperamentally unpleasant, and that screams, ‘Who the fuck allowed this to happen?’”

Progressives want Abdul El-Sayed’s campaign for Michigan governor to be their next big victory
Why Scott Pruitt lasted so long at the EPA, and what finally did him in
E. Jean Carroll’s defamation lawsuit against Trump, explained
Leftists, liberals, and neoliberals share a problem: Congress
How Biden — or Trump — could win 270 electoral votes
“I am very scared”: What it’s like for pregnant essential workers in the pandemic