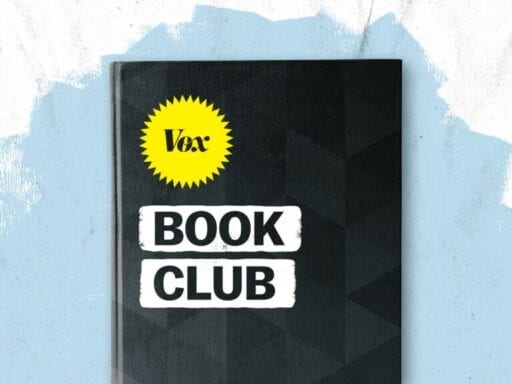 The Woman in White reveals her true identity at last.

Welcome to the Vox Book Club’s third week of discussion on N.K. Jemisin’s The City We Became, in which we tackle everything from chapter 11 through the coda.

This is it, gang. We’re finishing the book, and I for one have some feelings about it. Thank you all for coming along on the ride, both those of you who commented and made these discussions so much richer and more thoughtful, and those of you who clicked and read and talked about the book elsewhere. Discussing The City We Became with all of you has been a real source of joy for me during this very hard time, and I hope that it has been a joy for you as well.

And I hope you’ll join us for our live event on April 29! We’ll be meeting on Zoom, where I’ll have a talk with the legendary N.K. Jemisin herself (my fondest dream for this event is that putting two computer screens between us will prevent me from passing out with awe), and you will be able to submit questions too. It’ll be a gas! At the end, we’ll announce our book pick for next month, and the club will continue. You can sign up to attend the event here.

In the meantime, let’s get into our last chapters here. We’ve got a team of superheroes/cities assembled, a Lovecraftian monster to fight, and some moral dilemmas to wrestle with. Here we go.

The boroughs assemble … sort of

For most of The City We Became, it’s seemed as though the book’s big, driving quest would be to unite the five boroughs of New York, and that only together would they be able to awaken New York’s avatar and defeat the Woman in White. But here in the final chapters, the boroughs don’t unite. At least not the five we thought were going to.

Manhattan, Queens, and Brooklyn form a unit easily enough, which makes sense, because the populations of those three boroughs mingle and intermix plenty on a daily basis. But the Bronx, which is more isolated, is more reluctant to join the team. And Staten Island, which prides itself on its insularity, and which the rest of the boroughs consistently forget about and deprioritize — Staten Island refuses to join up entirely.

Instead, Aislyn chooses to ally with her oppressor, even though she knows, subconsciously, that the Woman in White wants to hurt her. She’s become a symbol of a specific kind of middle-class white lady propriety: She prioritizes niceness and civility over meaningful resistance, and she tells the rest of the avatars to get off her lawn.

Meanwhile, another borough rises up unexpectedly. Veneza’s been seeded nicely into the background, sticking around just slightly longer than all the other secondary characters and allies. So when she manifests in the end as Jersey City, I found myself just the right amount of shocked. I wasn’t expecting it to happen, but it immediately felt right.

Veneza’s emergence also foregrounds a major theme of The City We Became, which is that magic depends on the shared beliefs of human beings, not on mapped or political boundaries. Jersey City is part of New York City because it really might as well be, and because everyone acts as though it is anyway. The fact that it’s not included on maps of the city doesn’t matter.

Let’s do some moral math

The boroughs face two major ethical questions here in the final chapters of the book. What’s interesting to me is that the avatars seem to draw exactly opposite conclusions on each question.

First, they learn that when a city comes to life, it punches a hole into the fabric of reality and eradicates other universes. Which means that by coming into their power as cities, the avatars are responsible for the deaths of trillions of souls. And second, they learn that in order to awaken the primary New York avatar, they will have to let the primary “devour” them. (Which, it turns out, doesn’t mean that he’s literally eating them, but they don’t know that yet.)

Faced with the knowledge that entire universes have died to make them what they are, the avatars all seem to shrug and conclude that what’s done is done, and better they and their cities be alive than all souls who died for them. That’s nature, Bronca concludes: “Many things die so that something else can live.”

But when they learn they’ll have to let the primary avatar devour them to save the city, the boroughs get on board with the plan on the grounds that the math checks out. “Millions of lives in exchange for four?” Brooklyn says. “That ain’t even a debate.”

If we were going strictly by the numbers here, trillions of lives in exchange for millions — the trade New York City made by coming to life at the expense of entire universes — wouldn’t be a debate either. It would be unconscionable. And if we were sticking to the argument that every life exists at the expense of many other lives, it would be moral and rational for the boroughs to decide to sacrifice the city in order that they personally might live. The two arguments seem to cancel each other out.

If this pandemic has demonstrated anything, though, it’s that treating human lives as numbers to be weighed is morally reprehensible. And what actually seems to be motivating the avatars’ decision-making is the very reasonable and human feeling that they have loved ones in New York City, and they don’t want those loved ones to die. But that’s not the argument they’re using to talk about the choices they make.

Either way, it’s a surprising twist in this book that celebrates and exalts cities as magical to find that cities are monstrous, too. The Woman in White was right: New York City is a walking war crime.

Of course, so is she.

“In his house at R’lyeh, dead Cthulhu waits dreaming.”

At the end of the book, the Woman in White reveals her true identity. She is in fact a city herself: She is R’lyeh, the sunken city of H.P. Lovecraft’s mythology.

R’lyeh first appeared in Lovecraft’s 1928 short story “The Call of Cthulhu.” It’s a lost city in the South Pacific, in which the eldritch horror Cthulhu waits with the other ancient gods who ruled the cosmos before the evolution of mankind, ready to emerge again and begin their reign. Cthulhu sends dark and anxious dreams to the sensitive artists of the world, and there are cults devoted to his worship. Their constant refrain is “In his house at R’lyeh, dead Cthulhu waits dreaming.”

In Jemisin’s mythology, R’lyeh is apparently in another universe. And now R’lyeh wants to follow through on the threat she established when she began to use reactionary politics as a weapon to colonize our universe. She wants to wipe out the native population and set herself down where New York City is now.

But there’s an interesting wrinkle in Jemisin borrowing a Lovecraftian city to make into her villain. We talked last week about how The City We Became functions as a critique of Lovecraft’s racist ideologies and his longstanding influence over the world of science fiction and fantasy, and part of the way the book critiques Lovecraft is to look at the things he and his stories are most afraid of and suggest that those things are in fact good. Which means that most of the things that make R’lyeh threatening and sinister in “The Call of Cthulhu” are things that The City We Became has already de-scaried.

In Lovecraft’s stories, cities are generally horrific places because they are seats of disease (oh boy) as well as places where people of different races live intermixed. So R’lyeh was always going to be terrifying — and to add to that terror, Lovecraft tells us that Cthulhu is mostly worshipped by people of color. Plus, just to drive the whole thing home, R’lyeh becomes especially uncanny because its angles are all wrong: In “The Call of Cthulhu,” an observer reports that “the geometry of the dream-place … was abnormal, non-Euclidean, and loathsomely redolent of spheres and dimensions apart from ours.” One of Cthulhu’s victims ends up dying because he’s swallowed up by an angle of masonry that looks acute but behaves like it’s obtuse.

But in The City We Became, cities are great and powerful specifically because they are places where lots of people of different races live together, intermingling and working and worshipping side by side. And non-Euclidean geometry, we are told, is nothing to be afraid of. Queens tells us in her very first line, before she has ever officially appeared on the page, that “the shape of the Earth is non-Euclidean. All that means is that you use different math!”

R’lyeh poses an existential threat to our heroes and to everyone else in their universe. But the factors that made her scary to Lovecraft no longer apply here. And while we still don’t know exactly why she’s targeting this universe in particular, in trying to wipe it out, she seems to be doing more or less what all of the cities in this world have done every time they came to life, just with more intention.

Moreover, it seems that R’lyeh has some sort of boss. She seems to be answering to someone, and she tells us that she was created specifically to try to understand humankind. So as we await the next volumes of this trilogy, there may be a chance that whatever’s going on with R’lyeh is more complicated than it seems right now.

You can use the following questions as a guide to discuss The City We Became here in our comments section, or in your own community. Or start off with your own questions! And if you have any that you want to save for N.K. Jemisin herself, be sure to sign up for next week’s live event, and submit your question when you register.

Sound off in the comments below, or wherever you’d like to talk!