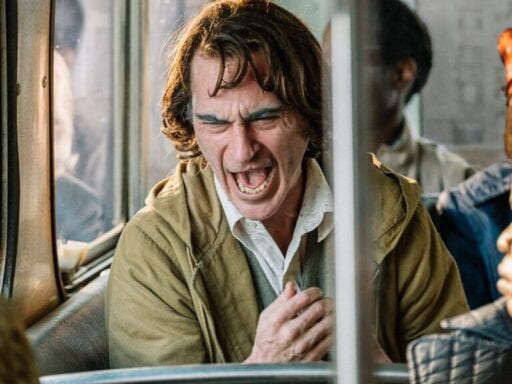 DC is probably getting more “edgy” origin stories from Phillips.

The waves of controversy and debate surrounding Todd Phillips’s Joker may not die any time soon. The supervillain origin movie thumbed its nose at critics when it scored a record-breaking opening weekend at the box office in October and became the highest-grossing R-rated movie to date. Is it any wonder director Phillips is now eyeing a sequel?

Phillips deliberately eschewed the best-known versions of the Joker’s nebulous backstory and stripped his movie of as many traditional comic book-y elements as he could. But now, according to the Hollywood Reporter, he not only plans to make a Joker follow-up movie, he also intends to oversee multiple films in the same vein — to usher in a giant origin story overhaul for the DC cinematic universe.

Phillips reportedly is in talks to helm the sequel, with Joaquin Phoenix returning to play the title character and Scott Silver returning to co-write the screenplay with Phillips. But he also apparently wants to apply the same “what if Gotham, but grittier” galaxy brain take to the backstories of multiple other DC characters. None have been named, although Batman won’t be on his to-do list. Matthew Reeves already has a Dark Knight origin movie in the works for 2021, starring Robert Pattinson as the Batman himself.

Joker’s success at the box office illustrates an interesting paradox for the DC Comics fan. Many of them have been pointing out for years that “gritty” can get pretty boring pretty fast, and that a bleak tone doesn’t have to be the thing that defines the DC comic book universe against its often-sunnier Marvel counterpart. Yet even after DC’s then-Chief Creative Officer Geoff Johns admitted in 2016 that the company had been leaning too heavily on gritty and dark as its brand, the company seemed to double down on pushing that brand as edgy and subversive with films like Suicide Squad and Justice League. And that’s not even touching the pervasive belief that somehow dark/edgy/subversive makes a storyline more serious and respectable than a hopeful or joyous one. (Martin Scorsese inadvertently dredged up that old genre-shaming trope again recently, but trust me, that trope is never buried very deep.)

Despite their complaints about DC’s grimdark brand, fans overwhelmingly voted for that brand with their massive Joker turnout. And that means the “what if dark thing, but darker” approach to the DC ’verse isn’t going to be going away any time soon. And if Phillips does get the ability to oversee brand-new origin stories for a wide swath of comic book characters — although, again, he seems to be so unfamiliar with comic books that he actually seems to think redoing a character’s backstory to make it less reliant on superhero tropes is new and interesting — then the controversy provoked by Joker’s polarizing approach to its titular villain may find its way into numerous DC films to come.

Still, even before Joker’s release, plenty of fans were speculating about what origin stories Phillips should direct next. So if you’re excited rather than preemptively exhausted by the impending Todd Phillips-DC Comics Cinematic Universe in our future, congratulations! You will literally never run out of characters who can have their backstories told as ever bleaker, ever more downtrodden tales full of ironic takes on man’s inhumanity to man.

As for me, well, I’ll be waiting for the Bong Joon-ho “Boxy Superhero” cinematic universe to bring us a happy end to this sordid cycle of grimdark beer-holding.

Update: Deadline is disputing THR’s reporting of this story, claiming that multiple sources allege no talks for a Joker sequel, let alone multiple films for character origin stories, have taken place. THR, however, is standing by its reporting.