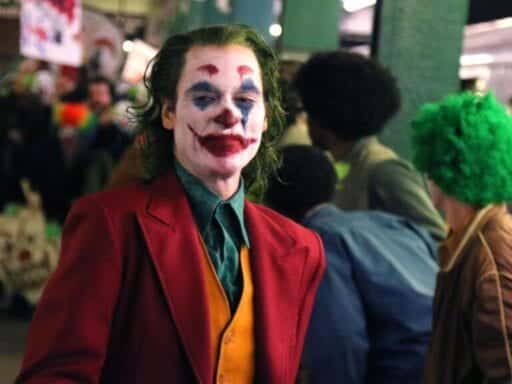 It’s now the biggest October opening of all time.

It’s little surprise when a comic book movie makes a killing at the box office — especially when the reviews are strong and the character is massively popular.

And in its first weekend, Joker delivered. The standalone origin story of Batman’s archnemesis, starring Joaquin Phoenix and directed by the Hangover trilogy’s Todd Phillips, grossed about $93.5 million in the US and a total of $234 million worldwide. With mixed-to-positive reviews from critics, positive buzz about Phoenix’s performance, a huge award at its festival debut about a month earlier, and strong interest from fans, the movie was on track for a huge opening from the get-go. (It also didn’t hurt that Joker was the only movie to open in wide release — with 4,734 locations in North America, it had the most expansive October debut ever.)

Joker’s opening weekend also broke the record for October domestic openings, topping previous record-holder and fellow comic book movie Venom, which made $80.25 million in 2018. Joker, a Warner Bros. film, had the fourth-biggest opening for an R-rated movie in history, behind Deadpool (2016), Deadpool 2 (2018), and It (2018). And it just missed becoming Warner Bros.’ biggest opening weekend to date, falling just short of Justice League, which bowed in November 2017 with $93.8 million.

But even if the film’s big showing was expected, the movie had to clear a few hurdles on its way to the top. R-rated films traditionally make less money than their PG-13 cousins, since the audience is narrower, and the studio actively courted headlines about a “hard R” rating to pitch the film as edgy. (In truth, there’s no distinction between “hard” and “regular” R ratings.) Similarly, audiences were warned about the film’s frequently graphic violence, which can put some audiences off.

And of course, there was the film’s wide range of controversies, which stemmed from arguments over its relative merit to declarations that it would incite real-world violence. Theaters were warned about credible shooting threats. The NYPD stationed officers at some theaters. The film wasn’t even shown at the Aurora, Colorado, theater where a mass shooting before a 2012 screening of The Dark Knight Rises left 12 dead and 70 wounded.

In the end, there was minimal disruption: A Huntington Beach, California, theater shut down its last two screenings on Thursday after law enforcement learned of a credible threat in connection with the movie. (Screenings resumed at the theater on Friday.) And a man was removed from a theater in New York City after clapping loudly during violent scenes, acting belligerent, and spitting on patrons. But for the most part, Joker’s opening weekend was uneventful.

On the whole, patrons seemed mostly interested in seeing the movie. The audience skewed heavily male (64 percent) and under 35 (66 percent). The film earned a relatively strong B+ Cinemascore overall, measured by polling patrons at a variety of theaters around the country; moviegoers under 35 gave it an A-.

The real test of a movie like Joker — which, though it generated a lot of controversy, basically follows the patterns of most R-rated comic book films — will be how it performs in its second weekend. Curiosity about the film and the lack of materialized threats in theaters will likely coax a large audience to show up for week two. At that point, it will also face competition from Ang Lee’s Gemini Man, which stars Will Smith and opens on October 11.

But given the immense popularity of the Joker as a character and the heightened interest brought on by controversy, it seems likely that Joker is poised to stay put in theaters for a while. And its success with the all-important under-35 demographic might bring about more “gritty” standalone stories — particularly about some of the DC universe’s most notable villains — in the future.

Ted Cruz’s surprisingly competitive battle against Beto O’Rourke, explained
GitHub is the latest tech company to face controversy over its contracts with ICE
How to make this winter not totally suck, according to psychologists
Pete Buttigieg tries to translate South Bend police shooting into a 2020 message
Tulsi Gabbard asked Twitter’s Jack Dorsey to hold a fundraiser for her. He said no.
With American Son, Netflix brings Broadway to the screen in an intriguing new way