Jonathan Gold wrote about food, but his approach to criticism was universal 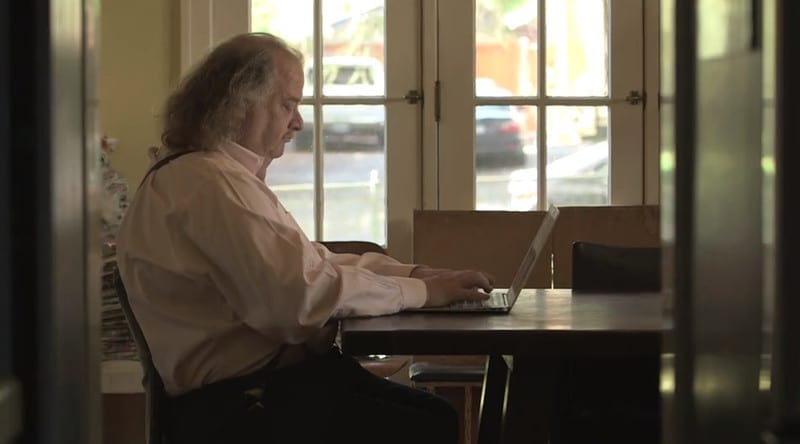 Most newspaper restaurant critics are best known to people in the region they write about. But when Jonathan Gold, the Pulitzer-winning food critic for the Los Angeles Times, died at the age of 57 on Saturday night, the outpouring of tributes that stretched well beyond LA’s borders made it clear that he was no ordinary restaurant critic.

Of course, Gold — who had been diagnosed with pancreatic cancer only weeks earlier — was well known to Angelenos. In addition to his writing in the LA Times, he’d written for LA Weekly and Gourmet and was a regular on KCRW’s program Good Food. His anticipated annual map of 101 great LA restaurants was a fixture for the LA food scene, a guide for locals and newbies alike.

But Gold was beloved far beyond Los Angeles. That’s not to say he “transcended” LA; it’s more that he embodied LA, embedded himself in its culture, and, as many people attested following the news of his death, epitomized what Angelenos love about their city:

A very sad day for LA as Jonathan Gold left us. He was the soul of this city and all of its amazing flavors. He was a personal friend and inspiration–there will never be another like him. My heart goes out to the Gold family with the millions of Angelenos who loved him. EG

I have never been sadder. Jonathan Gold is gone.

“I write about taco stands and fancy French restaurants to try to get people less afraid of their neighbors and to live in their entire city instead of sticking to their one part of town.” — Jonathan Gold. RIP to a hero and a giant. I love this city because he did.

yesterday I had lunch alone at Zankou Chicken, where a Gold quote about the garlic sauce is posted on the wall, and was thinking about how Zankou and Jonathan Gold are exactly what LA means to me

Yet the praise went far beyond those who lived in Gold’s city, spilling over to other artists, writers, and critics who work in various media all over the country.

Gold’s evocative prose sparkled in ways that were enjoyable to read even if you were far from LA. NPR’s tribute, for instance, cited a passage from his writing in which he “described mole negro, a Mexican dish, as so dark that it seems to suck the light out of the airspace around it, spicy as a novella and bitter as tears.” Gold continued writing until just a few weeks ago, which means you can read, for instance, his June 15 review of the new Israeli restaurant Bavel, which contains passages like this:

You will be drinking salty island wines from Sardinia and the Canary Islands. Your date will barely hear you above the din. You will wonder whether there is a point to an old-fashioned made with lamb-fat-washed bourbon or a pisco sour with pink peppercorns, and you will decide that there might be. You will probably be having a very good time.

But another factor that extended Gold’s fame past LA’s borders was the release of the acclaimed 2015 documentary City of Gold. The New York Times critic A.O. Scott wrote that the movie “transcends its modest methods, largely because it connects Mr. Gold’s appealing personality with a passionate argument about the civic culture of Los Angeles and the place of food within it.”

City of Gold, directed by Laura Gabbert and currently streaming on Hulu, follows Gold as he drives his green pickup truck through his beloved Los Angeles, eating at a handful of hole-in-the-wall strip mall restaurants that most people just blithely sail past, talking about his career and his approach to his work. It’s an illuminating portrait not just of a writer but of a city, and as Scott put it in his review, it is “worth attending to even if you think you have no interest in food, California or criticism.”

For a critic in any medium — even, say, a New York-based film critic like myself — City of Gold is also a kind of master class in the things that good critics do. As many noted over the weekend, a hallmark of Gold’s writing is that he wrote not just about eating but also about culture and about being a person, and that’s what the film underlines well.

That’s why, watching City of Gold, I actually fist-pumped a few times, as the film pointed to a lot of what made Gold such an important critic. Two in particular stuck with me, qualities that good critics aspire to, no matter what they’re writing about.

City of Gold often shows visually, on a map, the LA neighborhood in which the restaurant Gold is about to visit is geographically placed. And — as a number of people note in the film — it shows how Gold’s work often helped Angelenos connect the seemingly disparate parts of their sprawling city.

“I’m trying to get people to be less afraid of their neighbors,” Gold said in a 2015 interview.

A prime example of this is Gold’s 1998 essay “The Year I Ate Pico Boulevard,” about his experiences eating his way down a main drag that cuts across LA. It’s an essay about food, but really it’s about the culture that gave rise to that food, and the ways the connecting flavors and experiences work as a cipher for the broader city and its history.

But it’s part of other critical pursuits as well. As a film critic, for instance, I partly think of my job as “mapping” the movie terrain for the reader. Different critics do this in different ways: Some are better at drawing the map on the ground of film history, others through the politics of the industry, and others through the technical and theoretical aspects of it. Some, like me, like to figure out where the paths the film carves into the cultural landscape intersect with other regions, like literature and religion and philosophy.

All critics, though, do some mapping work, and you should walk away from a good piece of criticism understanding more than just that a work of art exists, but where and how it exists. Critics are cartographers.

Critics are obsessively attentive to experience

That’s a small distinction that might not seem too important, but to the critic it’s everything. Critics can’t view things “objectively.” We’re humans. What we can do is pay very close attention to our experience with a film through the lens we bring to the table (or the screening room or the gallery or the concert), then articulate it as carefully as possible. When we’re successful, the reader feels freed to have their own experience with the film.

Gold was the living manifestation of this way of thinking about criticism. His writing, particularly in the latter part of his career, was often positive and devoted to a democratized range of restaurants. A good meal could be had anywhere, no matter the trappings. In the film, he remarks that he often went to a restaurant five times or more before writing about it, and that he doesn’t take notes because he wants to be able to absorb the experience.

Then, when he writes about it, it reads like poetry — full of descriptions that draw on a cross-pollinated blend of mediums and references. (Before he wrote about food, Gold wrote about music, especially hip-hop.) It’s hard to evoke tastes and smells in words, but Gold pulled it off by appealing to all the senses.

Of course, what you got in his writing was Gold’s palate, not your own. But by putting words to his own experience, you got a taste of what he had experienced, and the urge to go try it for yourself. And that carried over for the experience of the chefs too.

In the documentary, Roy Choi (of the BBQ taco truck Kogi and fast-food restaurant Locol) tries to explain: “The weird thing about my first interaction with Jonathan is he helped me figure out what I was trying to do. When he writes about me, he understands and is able to articulate the little kind of secret tangled webs I have inside that I’m trying to put out into the plate — he understands it. And I’ve never explained it to him.”

That’s what critics are after. It’s a glorious feeling to not just articulate one’s own experience but help an artist put words to what they experienced as they made the work too — whether it’s a movie or a painting or a song. A critic can’t read minds, but often artists aren’t able to fully explain what they’ve made either. In an ideal situation, working in concert, criticism helps expand the art, and the art expands the critic.

Doing this requires a mastery of the critic’s own form, which is writing, and Gold was a master at this as well; in one of my favorite passages in the film, one commentator (performing an act of criticism, one might say) explains how Gold harnessed and used the second-person point of view — that its, addressing the reader as “you” — to make his writing even better. Reading Gold, you can hear a well-read mind in love with language turning over phrases till they sparkle.

So Gold’s work does exemplify the best of what criticism has to offer. (It’s no mistake that he is, to date, the first and only restaurant critic to receive the Pulitzer Prize for criticism.)

City of Gold helps show how and why that’s true — and why, in the wake of Gold’s passing, the world could use a lot more critics, eaters, and neighbors like him.

City of Gold is available to stream on Hulu and to digitally rent on Amazon, Vudu, YouTube, iTunes, and Google Play.

Ajit Pai, Trump’s FCC chair who repealed net neutrality, is leaving on January 20
The unprecedented number of women running for governor in 2018
Why Covid-19 is so dangerous for older adults
Collins’s speech shows that the guardrails were the problem all along
I could have been Ma’Khia Bryant
Disney says it doesn’t need data to make great shows