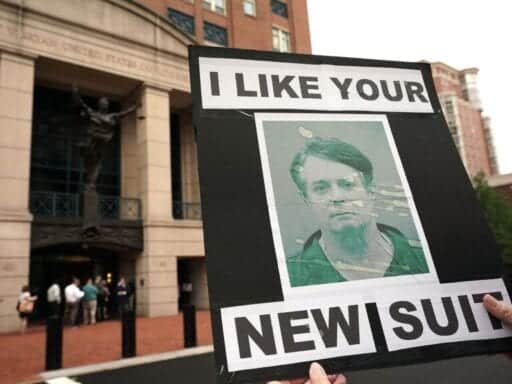 The former Trump campaign manager, whose expensive wardrobe was used as evidence against him, will wear a prison uniform.

Paul Manafort’s taste for nice clothes has been part of the former Trump campaign chair’s narrative ever since he was indicted in October 2017 for money laundering, hiding financial assets from the US government, and making false statements about his work for the Ukrainian government. In a somewhat poetic twist, a judge has denied a request from Manafort, who has been in jail since June, to wear a suit at his next hearing on Friday and at all future appearances in court.

It’s a pointed statement: Manafort may be wealthy and powerful, but that doesn’t give him special privileges now. By barring him from dressing in anything other than prison attire, Ellis is further denying Manafort the privilege of using clothing to steer how people perceive him and therefore reclaim some control over his public image. Manafort, who was found guilty on eight counts and later pleaded guilty to a reduced set of charges, will instead look like what he is: a criminal.

Suit-wearing men from Manafort’s world don’t typically stand out because of their wardrobes, but thanks to special counsel Robert Mueller’s investigation, many people became intimately familiar with his shopping habits last year. The indictment charges from October 2017 said that Manafort spent more than $1 million in laundered money at high-end clothing stores in New York and Beverly Hills.

When Manafort’s trial rolled around in August, the special counsel’s office released numerous photos of those purchases as evidence, including a $15,000 ostrich jacket as well as a variety of striped and checked suits. (Employees at the boutiques Manafort shopped at also testified during his trial.)

The high flash, low-fi pictures did little to make the items look good, as though laying out in broad daylight the unpleasant fruits of Manafort’s illegal business, now completely vulnerable to our judgment. This is image crafting, too: Whoever shot those photos probably knew they’d look like an unappealing Craigslist ad.

The meaning we derive from clothes changes depending on who’s wearing them and how and where. The suits that look so tawdry in those photos might be exactly what Manafort needs to feel powerful in court. Right now, though, that’s not a decision he gets to make.