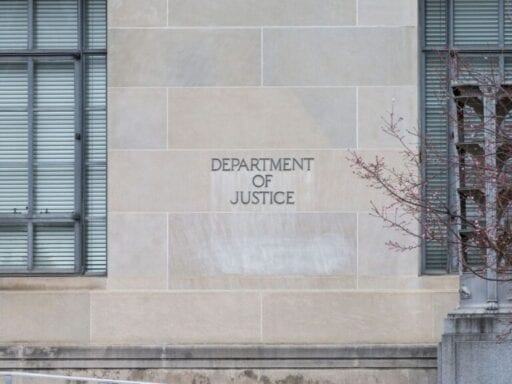 It’s another charge in connection with a “troll farm” that posts social media propaganda.

Federal prosecutors have criminally charged a Russian national with trying to interfere with the 2018 midterm elections, the Justice Department announced Friday.

Elena Khusyaynova of St. Petersburg was accused of working as the accountant for a Russian social media propaganda and “information warfare” operation, run by an oligarch close to Vladimir Putin. (Since she lives in Russia, she will likely never face this charge in a US court.)

This is the same Russian “troll farm” that was the focus of charges filed by special counsel Robert Mueller’s office back in February, and accused of crimes related to interfering with the 2016 election.

But the DOJ says this interference is still continuing as the 2018 midterms approach — and gives new details of what the Russian trolls have been up to while Donald Trump has been president.

According to the government, the main goal of this “conspiracy” has been “to sow division and discord in the US political system, including by creating social and political polarization, undermining faith in democratic institutions, and influencing US elections.”

The operation, budgeted at $1 million or more per month, involved creating false online personas “to inflame passions on a wide variety of topics, including immigration, gun control, and the Second Amendment, the Confederate flag, race relations, LGBT issues, the Women’s March, and the NFL national anthem debate,” the government said.

It’s important to note that these personas were not all designed to support Trump or to spread conservative messages. Some of these personas were posing as progressives and liberals, and trying to inflame passions from the left, including by attacking Trump. So this does seem to be more about causing chaos than simply supporting Trump.

Once again, US investigators say they’ve gotten internal communications from the Russian troll farm, laying out their strategic guidance about certain messages. Here is the guidance given to members of a Facebook group called “Secured Borders” in August 2017, in relation to various news articles mentioning the following political figures:

All of this might sound a whole lot like what Trump might like to hear. But that wasn’t always the case. Note that the above was guidance for a group called “Secured Borders” — meant to reflect the personas of anti-immigration, pro-Trump conservatives. Other fake personas, though, pretended to be progressives or liberals, attacking Trump and praising Democratic candidates.

One “liberal” account, “@wokeluisa” went after Trump and his family in personal ways. (The account is now suspended, but you can see some of its tweets at the Wayback Machine).

Sometimes, there was even a call-and-response aspect — with a “liberal” account saying people should take to the streets if Mueller is fired, and a “conservative” account dismissing that same message as a “talking point” from the DNC.

Amusingly, the Russian trolls even posted contrasting tweets about special counsel Robert Mueller’s indictment of their own operation back in February. A “liberal” account tweeted: “Still think this Russia thing is a hoax and a witch hunt? Because a lot of witches just got indicted.”

And to be honest, this is somewhat convincing. “Information warfare” sounds frightening, but sometimes trolls are just that: trolls.

My Dark Vanessa asks whose stories we value. The controversy around it asks the same question.
The Kavanaugh hearings show who we afford a second chance and who we don’t
The 9 best movies you can now watch at home, from Trolls World Tour to Parasite
Vox Sentences: Old MacDonald had a trade war
First Man
Bernie Sanders makes the progressive case for Joe Biden