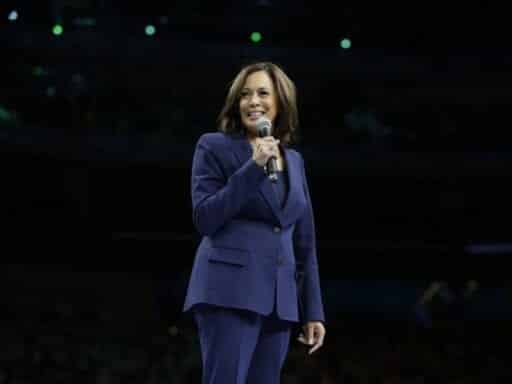 Data suggests some of her supporters have migrated to candidates who were previously their second choice.

After a blockbuster debate performance in June, Sen. Kamala Harris shot up in the national polls, peaking at 15 percent voter support. Cut to five months later, and she’s about to enter the next Democratic debate polling in the single digits, coming in at 4.3 percent, according to RealClearPolitics polling averages.

This dip prompts a major question: What happened?

According to pollsters and political experts with whom Vox spoke, part of this decline is due to the fact that it’s difficult to sustain a spike after a viral moment — and because Harris didn’t fully capitalize on it, her uptick has since been described as a “sugar high.” Harris’s subsequent debate performances, for example, were not seen as consistent enough to maintain that surge.

What this polling swing also indicates, however, is that Harris, who’s still a new face to many voters, has had trouble growing her core base of support beyond what she had ahead of the June debate. Among the reasons for this is that her less-defined ideological positioning has made it tougher to carve out a niche with voters — and coded assumptions about electability have also affected her campaign.

“Because her bump was based largely on the one event, it wasn’t really baked in, and voters looked around for another candidate that might excite their interest,” Monmouth University polling director Patrick Murray told Vox. “The bigger problem is that she did not have the kind of base in the early states that would have helped sustained her momentum in Iowa and New Hampshire, if not nationally.”

According to YouGov Blue senior political analyst John Ray, 5 percent of Democratic primary voters definitively chose Harris as their No. 1 candidate before her viral debate moment in June, which means the polling slump has brought her back to where she was before, roughly.

Harris’s drop in support has also coincided with surges for other 2020 candidates, including Sen. Elizabeth Warren, suggesting that some voters who may have initially backed her have since switched over. Experts, however, said that Harris still has room to make up those losses in the coming months and caution that polling doesn’t capture the entirety of how the electorate is leaning. As indicated by the RealClearPolitics tracker, support for other prominent candidates, including former Vice President Joe Biden and Sen. Bernie Sanders, has fluctuated since the beginning of this year.

“There is great danger in overinterpreting these polls,” said University of South Carolina political science professor Robert Oldendick. “The election is so far out that there is still a lot of volatility.” Harris’s campaign did not immediately respond to a request for comment.

Below are three factors experts said have contributed to Harris’s decline in voter support over the past few months.

1) Her declines have corresponded with gains by Buttigieg, Warren, and Biden

Some of the slide Harris has seen in the polls is likely because her supporters have switched over to other candidates who have gained momentum.

Warren, for example, has seen a massive surge buoyed by her focus on corporate accountability and structural change. Biden, too, has managed to hang onto a steady lead, including among a crucial contingency of African American voters. And South Bend, Indiana, Mayor Pete Buttigieg has picked up support from predominantly white voters who are interested in his centrist approach.

These three candidates are the ones early Harris supporters listed as their second choices in polling — and the data indicates that some of her previous backers may have moved over to them. In a Morning Consult poll in late July, 28 percent of the California senator’s supporters listed Warren as their second choice, while 26 percent picked Biden and 12 percent selected Buttigieg.

“Harris has lost support in the last few months,” said Molly McInerney, communications and sales associate at pollster Change Research. “Our numbers suggest that the majority of those voters have gone to Warren, Biden, and Buttigieg.”

Quinnipiac University polling analyst Tim Malloy said that the first time Harris really dropped, Biden was the one candidate who really rose. “Then later, as Harris dropped a bit more, we saw Warren as the candidate who at the same time surged,” Malloy said. “So it appears that Harris voters went first to Biden and then a bit to Warren.”

2) As a black woman, Harris has had to field assumptions about electability in a way no one else has

Electability — or the ability of a candidate to beat President Donald Trump — remains top of mind for many Democratic voters. That’s meant a bevy of electability questions for progressive firebrands like Warren or Sanders, but Harris, a black woman, faces a particular set of assumptions tied to both gender and race.

“This focus on beating Donald Trump in 2020 kind of sets her up, and others deemed ‘unelectable,’ for failure,” said Howard University political science professor Niambi Carter. “For many folks in the media and the public, Harris is not the prototypical candidate. She is not white; she is not old; and she is not male. … This belief cannot help but to penetrate the general public’s perceptions of Harris, and for those still reeling from the 2016 election, they don’t want to risk it all again on a person like Kamala Harris.”

Harris has explicitly called out these questions about electability and bias during her campaign, calling them the “elephant in the room” and noting that she’s won numerous races in which she encountered feedback about whether voters were “ready” for her candidacy.

“I’m here to tell you guys that this is not a new conversation,” Harris has said in her stump speech. “In fact, I’ve heard this conversation in every campaign I have — and here is the operative word — won.”

Harris supporters have also pointed to bias in the type of media coverage she receives. The framing of a question about transgender rights at an LGBTQ rights forum earlier this year, especially, prompted blowback when Warren and Harris were asked similar questions, but the one directed at Harris was viewed as far more critical.

“As a black woman, I know from personal experience that Kamala has to work three times as hard as some of the other candidates in this race to get half as far,” said Aimee Allison, founder of She the People, an organization dedicated to promoting women of color in politics. “Like Obama before her, she has to run a competitive campaign at the same time she’s convincing people she is competitive.”

Though Harris has sought to build a broad-based coalition, something she succeeded at during her Senate run, experts have said her muddled ideological positioning has prevented her from establishing a specific lane of support. Harris, who is viewed as more moderate than multiple leading candidates, has also tried to court progressive voters — with limited success.

One example: She backed Medicare-for-all, but then released a plan that doesn’t go quite as far as that of Sanders or Warren in eliminating private insurance. Additionally, Harris’s prosecutorial record has prompted critiques from liberals who argue that her approach toward issues such as truancy and wrongful convictions aren’t as progressive as she’s tried to frame them.

“She’s in a no person’s land,” said San Jose State University political science professor Larry Gerston. “She is to the right of Bernie Sanders and Elizabeth Warren, she’s to the left of Pete Buttigieg.”

Harris’s initial bet on bringing the party together has yet to come to fruition, in part because of how crowded the field has been — and how her competitors have been able to hang onto their core contingencies of support.

“Looking at it now, she probably would have been better off staying in the center,” said Gerston, who argued that Harris’s efforts to establish herself as a progressive may have ultimately hurt her. Allison, meanwhile, said her move to the center was a misstep.

“I think that defining herself as a moderate in this crowded field was a miscalculation about this political moment, especially when progressives are generating excitement and momentum based on bold health care and criminal justice reform plans,” Allison said.

It’s worth noting that there are more than two months before Iowa caucus voters go to the polls, and a sizable proportion of voters in early states could very well change their minds. Harris still has a decent base to work with — if she’s able to convince undecided voters and reclaim some of her backers who have left for other candidates, pollsters noted.

“Harris has some room to regain support. She has been the second choice of 12 percent of Democrats in our polls during the past two months,” Change Research’s McInerney said.

New York has 14 times as many coronavirus deaths as California
The US was already setting Covid-19 records. Experts say Thanksgiving could have made things worse.
An expert on why the Suleimani assassination was almost certainly illegal
The not-so-secret life of a TikTok-famous teen
Killing Iran’s Qassem Suleimani changes the game in the Middle East
Vox Sentences: There’s no planet B