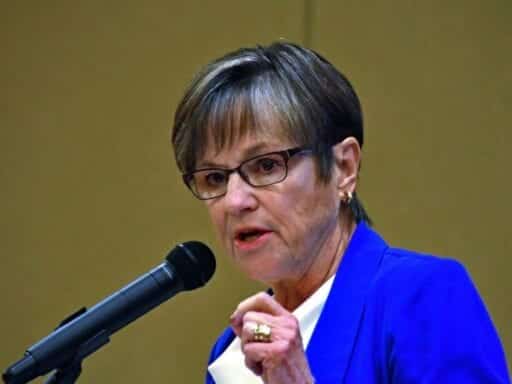 It looks like Kansas will become the 37th state to expand Medicaid through the Affordable Care Act, the latest breakthrough in more conservative territory for the health care law.

Democratic Gov. Laura Kelly, a moderate elected in 2018 in the anti-Trump wave driven largely by health care, and Sen. Jim Denning, the Republican leader of the state Senate announced Thursday that they had reached a deal on Medicaid expansion.

Under Obamacare, states can expand coverage to anybody with an income 138 percent of the federal poverty level or less (about $17,000 for an individual or $29,000 for a family of three) and receive a generous federal funding match.

Between 130,000 and 150,000 people are expected to be covered by Medicaid expansion in Kansas, mostly adults without children or parents currently ineligible for benefits despite living in or near poverty. Roughly 9 percent of Kansans are uninsured.

According to the AP, the agreement between Kelly and Denning includes a provision for state support to reduce private insurance premiums, to prevent people eligible for Medicaid expansion from leaving their current private plan (if they have one) to join the public program:

Denning had proposed financing his new program by increasing tobacco taxes, including a $1-per-pack increase in the state’s cigarette tax, to $2.29. His compromise with Kelly gives the state a year to develop the premium-reduction program and drops the tax increase, which Kelly and many lawmakers thought wasn’t likely to pass anyway.

It’s a relatively small concession for Republican support. An estimated 50,000 people would be expected to make the switch. The compromise notably does not include work requirements, which some other GOP-led states have sought (though they are on hold in the courts) as a condition of expansion. There will also be small premiums (about $25 a month), a provision approved in other Republican-leaning states looking to expand.

In some ways, Medicaid expansion has proven the most important part of Obamacare, covering 20 million or so people, but it has yet to reach its full potential. That’s because the Supreme Court ruled in 2012 that states must have the option to refuse to expand the program, and many Republican-led states have. About 2.5 million people, half of them in Texas and Florida, don’t have health coverage because their state has blocked Medicaid expansion.

But the number of non-expanding states has shrunk over the years, with a number of Republican states unable to refuse the ACA’s deal of more federal funding and more people with insurance. Even Vice President Mike Pence had cut a deal as governor with President Obama to expand Medicaid in Indiana. Voters in Idaho, Nebraska, and Utah have approved Medicaid expansion at the ballot box in the last few years.

Now Kansas looks like it will join the expansion ranks. Its decision is also a small act of defiance: Even as 20 red states and the Trump administration fight to overturn Obamacare in the courts, government leaders in Kansas are pushing to expand the law’s reach in their state to cover more people. Though the ideological battle over the law isn’t totally over, in practice, its reach is only growing.

4 winners and 6 losers from Game of Thrones’ disappointing “The Last of the Starks”
The more money you make, the more fast food you eat
Noise pollution is everywhere. And the health effects are real.
Tolkien wrote Lord of the Rings to procrastinate on the academic work he was supposed to be doing
How the new Covid-19 variants could pose a threat to vaccination
Boris Johnson just resigned over Brexit talks. Prime Minister Theresa May could be in trouble.