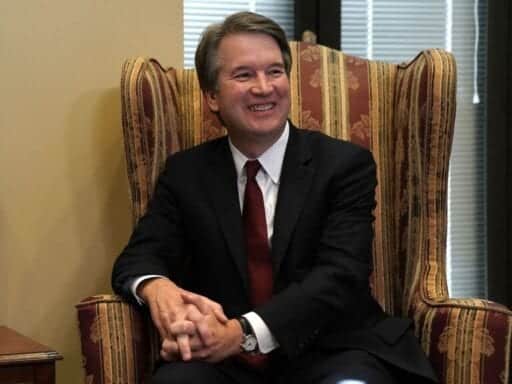 Democrats are accusing Republicans of rushing the process.

Senate Judiciary Committee Chair Chuck Grassley has announced that the confirmation hearing for Supreme Court nominee Brett Kavanaugh will begin on Tuesday, September 4. According to a release from Grassley’s office, the hearing is expected to last three to four days and include testimony from external legal experts as well as the American Bar Association.

Kavanaugh is scheduled to give his opening remarks that day, and questioning from lawmakers is expected to begin on September 5.

Grassley’s announcement has already prompted outcry from Democrats who argue that he’s expedited the process and set up a hearing before lawmakers have had time to properly review Kavanaugh’s lengthy paper trail.

Senate Minority Leader Chuck Schumer said in a statement: “Republicans’ mad rush to hold this hearing after unilaterally deciding to block nearly all of Judge Kavanaugh’s records from public release is further evidence that they are hiding important information from the American people, and continues to raise the question, ‘What are they hiding?’”

Likely in anticipation of such critiques, Grassley noted that Kavanaugh’s hearing is taking place 57 days after his nomination was announced, while Justices Sonia Sotomayor, Elena Kagan, and Neil Gorsuch’s all took place roughly 48 to 49 days after their announcements.

Grassley said in a statement that “my team has already reviewed every page of the over 4,800 pages of judicial opinions Judge Kavanaugh wrote, over 6,400 pages of opinions he joined, more than 125,000 pages of records produced from his White House legal service, and over 17,000 pages in response to the most comprehensive questionnaire ever submitted to a nominee.” He continued, “It’s time for the American people to hear directly from Judge Kavanaugh at his public hearing.”

The eventual vote for Kavanaugh is expected to be a close one. Republicans have a very slight majority in the Senate, but Democrats are hoping to sway moderate Republicans like Sens. Lisa Murkowski (AK) and Susan Collins (ME) (see our Senate tracker for where lawmakers currently stand).

Republicans have made confirming Kavanaugh before this year’s midterm elections one of their key priorities.