Kavanaugh’s hearing is a partisan fight, but he says he’s a “neutral arbiter” in opening remarks 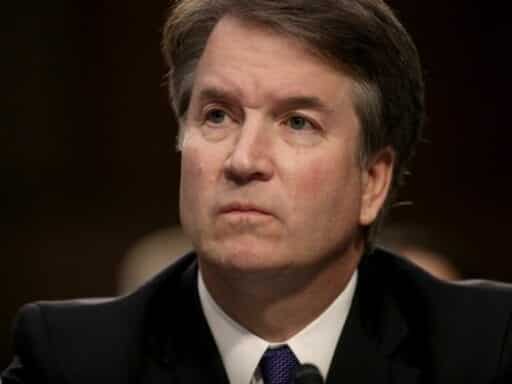 He also gives a shoutout to Merrick Garland.

Though the hearings themselves have already become a partisan fight over the release of documents, Supreme Court nominee Brett Kavanaugh’s opening statement emphasizes neutrality. During his opening statement Tuesday, the judge will emphasize that he is “pro-law,” according to excerpts released from the White House.

“A good judge must be an umpire — a neutral and impartial arbiter who favors no litigant or policy. … I don’t decide cases based on personal or policy preferences. I am not a pro-plaintiff or pro-defendant judge,” Kavanaugh will say. “I am not a pro-prosecution or pro-defense judge. I am a pro-law judge.”

He is also expected to make a point of acknowledging his colleague Merrick Garland, who was famously not even granted a hearing by the Republican majority after President Barack Obama nominated him for a Supreme Court opening in 2016.

“I have served with 17 other judges, each of them a colleague and a friend, on a court now led by our superb chief judge Merrick Garland,” Kavanaugh will say.

As his opening remarks lay out, Kavanaugh is distancing himself from being too closely associated with his very politically charged background. He will likely evade any questions asking him to take an explicit stance on how he would rule regarding different cases — including the looming Texas v. Azar health care case, which is centered on the question of coverage for preexisting conditions. Senate Judiciary Committee Chair Chuck Grassley, in his opening remarks, offered his support for this approach.

“This is the reason why all Supreme Court nominees since [Ruth Bader] Ginsburg have declined to offer their personal opinions on the correctness of precedent,” Grassley said. “Seeking assurances from a nominee on how he will vote in certain cases or how he views certain precedent undermines judicial independence and essentially asks for a promise in exchange for a confirmation vote.”

Kavanaugh’s confirmation hearing comes as concerns grow about the role he could play in rolling back Roe v. Wade and determining whether a sitting president can be subject to legal constraint.

Trump and the “P Act,” debate over face coverings: Friday’s coronavirus news
Run the Jewels’ new album is shocking, funny, relentless — and 2020’s most required listening
The untold story of the migrant “caravan”: how Trump’s border crackdown endangered immigrants’ lives
How to walk away from an awkward conversation
Republicans’ opening bid on infrastructure is about a quarter of the size of Biden’s plan
Beware companies that promote “buy one, give one” charity