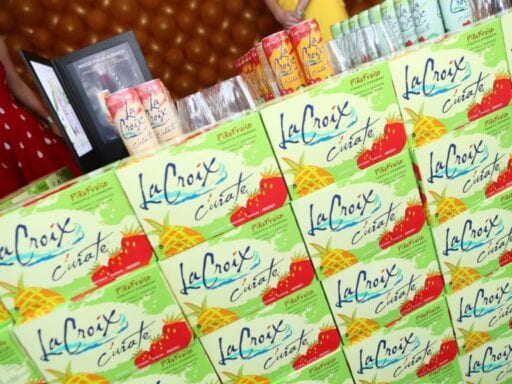 Two airline pilots have accused 82-year-old Nick Caporella, the eccentric billionaire head of the company that manufacturers sparkling water, of unwanted touching, according to a new report from the Wall Street Journal.

The two pilots are both men who say the unwanted touching occurred repeatedly, on dozens of flights, when they were serving as Caporella’s co-pilots.

In a lawsuit filed in Florida, one accused Caporella of “unjustified, unwarranted and uninvited grabbing, rubbing and groping of [his] leg in a sexual manner, reaching up towards [his] sexual organs,” according to the Journal’s Jennifer Maloney and Mark Maremont. In a separate Florida lawsuit, the other accused Caporella of grabbing him “under his armpit, under his thigh and moving his right hand up [his] left leg towards his genitals.” One of the cases was settled out of court, according to the Wall Street Journal.

Caporella, whose attorney denied the allegations to the Journal, is just the latest in a long string of prominent figures in the business, entertainment, and media worlds to be accused of harassment and assault.

Caporella has been the CEO of National Beverage, which manufactures LaCroix sparkling water, since 1995 — a company that was a sleepy also-ran in the fizzy beverage business until the 2010s, when sales of LaCroix began to spike as Americans turned away from sugary sodas. The boom made Caporella a late-in-life billionaire and fueled his characteristically enthusiastic, discursive, and occasionally nonsensical letters to shareholders.

His case is noteworthy not only because the accusers are both men — the majority of public allegations in the #MeToo era have come from women — but because the allegations lay bare the real motivation behind these incidents: power. As the pilot’s attorney, Lee Schillinger, put it to the Journal: “He’s trying to prove that he’s in control.”