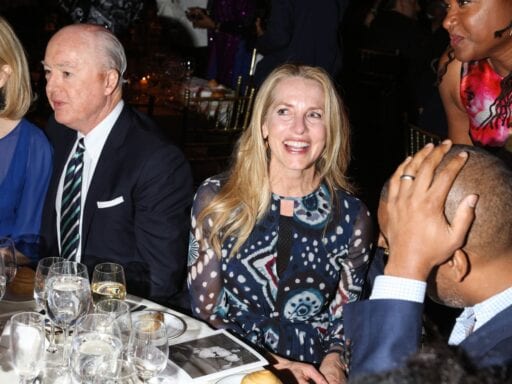 “If I live long enough, it ends with me.”

Laurene Powell Jobs, one of the richest women in the world, shared important news, buried in a new interview, about what she plans to do with her wealth.

Powell Jobs, the widow of Apple founder Steve Jobs, is one of the world’s most important philanthropists, overseeing a sprawling media, political, and charitable empire called Emerson Collective. And she plans to direct Emerson to give away her $28 billion in assets during her lifetime or shortly after her death — rather than aiming to fund a perpetual vehicle that doles out small amounts of cash until the end of time.

“I inherited my wealth from my husband, who didn’t care about the accumulation of wealth,” she told the New York Times. “I’m not interested in legacy wealth buildings, and my children know that. If I live long enough, it ends with me.”

The sentiment, which she doesn’t appear to have expressed before, syncs with a building consensus among some of tech’s wealthiest people: That the rich should give away their money today, rather than later, and that the heirs of long-dead billionaires shouldn’t have so much power in society centuries later.

The wealthy of the previous gilded age — think of the Carnegie, Rockefeller, and Ford families, for instance — secured their fortunes in charitable foundations that then gave out small amounts of that money each year (traditionally, about 5 percent of their current assets) in grants. And because their assets tend to grow by a similar amount each year, too, these foundations seem to be on pace to exist for forever, giving the dead and the dead’s heirs unusual power over the social sectors’ responses to problems and reducing the amount of money spent to tackle today’s issues.

Powell Jobs is taking a different tack. And in doing so, she is drawing some ideological distance from this type of foundation-by-inheritance model.

“It’s not right for individuals to accumulate a massive amount of wealth that’s equivalent to millions and millions of other people combined. There’s nothing fair about that,” she told the Times. “We saw that at the turn of the 19th and 20th centuries with the Rockefellers and Carnegies and Mellons and Fords of the world. That kind of accumulation of wealth is dangerous for a society. It shouldn’t be this way.”

So, in short: Don’t expect Emerson Collective to have billions of dollars in assets and to be awarding paltry grants to nonprofits in the 22nd century.

In some ways, this public statement effectively makes Powell Jobs a signatory, in spirit at least, of The Giving Pledge, the promise popularized by Jobs rival Bill Gates to give away at least half of a billionaire’s net worth in their lifetimes or their wills. Powell Jobs has been among the more prominent holdouts on the pledge.

“Whether someone signs something is not what’s important,” Powell Jobs said in 2013 when asked why she had not signed it. “It’s what they do and how they do it that matters.”

The Giving Pledge is just one way in which the current generation of billionaires have tried to part with their money sooner by actually putting the money to work quickly, rather than handing it over to a foundation run by their heirs (which would still technically satisfy the Pledge).

Bill Gates has said that his foundation, the world’s largest, would have nothing in the bank account within 20 years of the death of him and his wife Melinda. Houston billionaire John Arnold has told Vox that he and his wife are trying to spend down all of their charitable entities in their lifetime, or at worst within five years of their deaths.

Running the numbers on Powell Jobs’s plan will be more difficult; that’s because her giving is through an LLC, rather than a standard charitable foundation, so she is not required to make as many disclosures about her gifts and assets. That limits transparency and accountability. As an LLC, Emerson also invests in for-profit companies, meaning that it may be hard for Emerson to ever wind down completely and entirely. (After all, if she died tomorrow, Emerson might still own a majority stake in the Atlantic.)

Ben Soskis, a historian of philanthropy, said that Powell Jobs’s declaration was a big deal. Still, he worried that the public would solely have to rely on her own word to monitor that commitment. That’s another problem with assessing the ability of billionaire philanthropy to solve the world’s problems.

“We’re getting to the point where giving while living is becoming an actual norm for the nation’s wealthiest individuals,” he said. “But Powell Jobs seems to be committing to a spend-down ethic in an age of the LLC, without the same transparency as foundations and with blurred lines between support of for-profit and nonprofit entities. Does it still carry the same weight?”