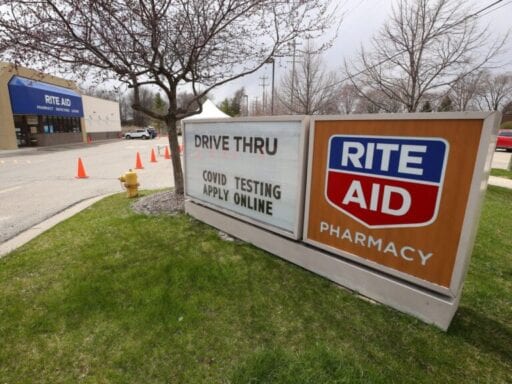 So far, the public-private testing program hasn’t lived up to the hype. Maybe it will now.

It’s May 1, and seven weeks have passed since the World Health Organization’s declaration of a global pandemic. And while President Trump still maintains America has “done a great job of Testing” as recently as today, the country has yet to significantly scale its testing up to where experts say it needs to be. But a renewed effort from retail drug store chains is finally showing some promise, even if it will never be the completely accessible testing solution Trump implied it would be.

On April 28, President Trump said the country was “getting very close” to running 5 million coronavirus tests every day. This would represent an incredible 25-fold increase over the approximately 200,000 tests that were run that day, and the president said that goal would be achieved in the “very near future” and “very soon.” If true, a surge in testing of this magnitude could be a game changer, considering that many experts believe we will need to run that many tests — or more — to safely reopen the country.

But Trump’s promise actually amounted to a fantasy. The 5 million tests a day figure surely surprised the public health officials responsible for coordinating those tests, given that the assistant secretary of health and testing czar Brett Girior said earlier that same day that 5 million tests per day was impossible. Sure enough, 24 hours later, Trump walked back his 5 million daily test claim, arguing that he never said the United States would run that many tests per day. The more realistic reality, according to Girior, was 8 million tests in the entire month of May.

What unfolded over the course of those two days is a pretty good representation of how Trump’s proposed public-private partnerships involving retail drug stores and big tech have fared so far. A Vox analysis found that they’ve only contributed a fraction of tests to the 6 million conducted, with testing sites at just 1 percent of the participating chains’ physical locations — or less.

Now, Trump might be setting the country up for another letdown. On April 27, he re-introduced the drive-through testing effort with the help of top executives from CVS, Walmart, Walgreens, Rite Aid, and Kroger. A newly signed bill allots $25 billion to testing programs, and with recent improvements to testing capacity and the supply chain, perhaps the widespread testing sites promised so many weeks ago will truly arrive now.

So there are some signs that the second phase of these public-private partnerships might be much more successful than the first, perhaps even fulfilling the initial promise. But there is also evidence that even if it is, those sites may not make it to the “critical” or even “convenient” locations the president said they would.

Trump promised drive-through testing at “virtually every” retail pharmacy location in the US. That didn’t happen.

In contrast to the virus response from other countries, the Trump administration has been reluctant to deploy, let alone finance, the kind of comprehensive, national mass testing plan many experts have called for. Instead, the president placed the onus on respective states and private businesses to carry out piecemeal efforts with limited assistance from the federal government. This is all very apparent, now that the administration’s much-hyped partnerships with retail drug stores have produced disappointing results.

Following Trump’s press conference in March, CVS, Walgreens, Walmart, and Target worked with the federal and state administrations to open drive-through testing sites across the country. The results of their efforts have been underwhelming. Trump had said Covid-19 tests would be “available in the critical locations identified by public health professionals” at a network of stores in “virtually every location” of the country. Trump also announced that Google was building a site that would “facilitate testing at a nearby convenient location,” which would go live within the next few days.

These turned out to be gross exaggerations from the president. From the beginning, the Washington Post reported, anonymous health officials said Trump’s announcement came as a surprise to them and that state health departments weren’t at all ready to help implement it. Company representatives didn’t have many details about the rollout of the promised testing sites. And Google had to tweet that the testing website was actually a product of life sciences company Verily — both Google and Verily are subsidiaries of Alphabet — which would initially roll out in the Bay Area. There were no plans for a national testing program at the time. Google launched its own information portal a week later, which was educational but did not include many of the features Trump promised.

The retail companies featured in the first press conference — CVS, Target, Walmart, and Walgreens — gradually opened testing sites over the ensuing weeks. But they didn’t open that many of them. A month after Trump’s announcement, Business Insider found only 8 sites were operating among three of the companies. The fourth, Walgreens, wasn’t able to open the first batch of its promised 15 locations until April 17. Target opened only one site and appears to have dropped out of the effort. Rite Aid, which joined the effort later, had two sites. Meanwhile, none of these testing sites also offered tests to anyone who wanted one; tests were reserved for people who met certain criteria in order to make the limited supply available to the people most likely to need them.

In the past couple of weeks, these retail companies have expanded their efforts considerably. By the time Trump announced the renewed effort on April 27, four of the companies had 57 testing sites among them, 50 of which opened a month after the March 13 announcement, according to the companies’ press releases. Verily expanded its platform from the pilot sites in California to power Rite Aid’s 25 testing sites, providing an online portal for screening patients, scheduling tests, and delivering results. The second Trump press conference also featured supermarket chain Kroger, which has 30 test sites, though they appear to represent a partnership with states rather than the federal government. Rite Aid and Kroger’s sites are at 1 percent of their locations, and they both have more sites and fewer stores than their peers.

The numbers from all of these companies’ testing sites stills seem low. Kroger, CVS, and Walmart performed at least 74,000 tests, which represents a small fraction of the approximately 6 million tests run nationwide since March 13, according to the Covid Tracking Project. Walmart did not respond to Recode’s request for total tests run but said in a recent press release that it ran 13,000 tests at one of its 20 sites. Verily said it has facilitated testing for 19,500 people, but that figure includes non-Rite Aid sites. Rite Aid would not give Recode its figures. Walgreens didn’t respond to repeated requests for its overall testing numbers.

Several valid reasons could explain why these numbers sound so small compared to the total number of tests conducted in the US. It takes time to set these things up, including coordinating with labs and testing personnel to get and run the tests and public health authorities to tell them where their efforts should be focused and provide the funding for the tests, which were free to qualified patients. There were major supply issues, including the personal protective equipment workers need while in close proximity to potentially infected people all day long. CVS told Recode that its biggest obstacle when trying to increase the number of sites was “the availability of testing equipment and capacity of the labs to process the tests.”

The second phase of drive-through testing at retail locations looks more promising than the first. There are now 87 sites up and running. Companies have paired up with test providers and labs to process the tests. Many supply chain shortages have been fixed or at least significantly improved. The Centers for Disease Control and Prevention has also expanded its guidelines for who can get tested — increasingly, anyone who wants a test truly can get one.

In their latest press releases, the companies involved in the public-private partnership say they will be able to perform 2 million tests per month at more than 1,150 locations in at least 49 states and Puerto Rico by the end of May. (That’s assuming they’re ultimately able to open as many locations and do as many tests as they say will.) CVS will contribute a major chunk of this — 1,000 locations and 1.5 million tests per month — but says those numbers are still “subject to availability of supplies and lab capacity.”

That might still not be enough. Experts have said the US should be testing at least 500,000 people per day to safely reopen; 2 million tests per month is about 65,000 tests per day. So, even if these retail pharmacies and grocery stores do hit their goals, they will only provide about a 10th of the tests the country needs.

Assuming the retailers do hit their goals in terms of numbers, the challenge then is ensuring those tests go to the places that truly need them. Despite initial promises from the government and retailers that they would focus testing sites on the areas that needed them most, a Vox analysis of Chicago found that testing sites were few and far between in the minority neighborhoods that were disproportionately affected by the virus. Not one of the five retailers offers coronavirus tests in New York City.

It seems that plopping drive-through testing sites down on parking lots leaves out the people who don’t have access to cars or who live in neighborhoods that don’t have those retail stores in the first place. Perhaps this problem will be solved, too: Some of the participating companies said they plan to focus their expanded efforts on underserved areas. Given that this was also promised back in March, there is reason to be skeptical.

As it is, it’s yet another way disadvantaged people are being left behind in these public-private partnerships, exposing the considerable limits of them. Profit-focused businesses will never serve everyone, whether it’s Apple and Google building a contact tracing tool that can only be used by people who own their phones or huge pharmacy chains offering free coronavirus tests that are only available to the people who have access to the sites performing them.

Frankly, it’s not up to Google or CVS or any business to ensure that all the people in this country are provided for. It’s up to the government. There are other testing sites throughout the country run by county and state health departments and health care providers, for instance, and they’re available to more people now than ever. But they’re still not available to everyone, and they won’t be at every single participating drugstore location anytime soon — if ever.

As the Ukraine probe heats up, Trump and Giuliani are sticking together. Mostly.
Indigenous people are the world’s biggest conservationists, but they rarely get credit for it
Biden’s biggest anti-poverty plan is about to launch. Here’s how he can make it even better.
Republicans complain about the impeachment trial’s lack of new evidence while blocking new evidence
What, if anything, did the GameStop saga teach us?
Uber’s HR chief steps down after reportedly ignoring racial discrimination complaints