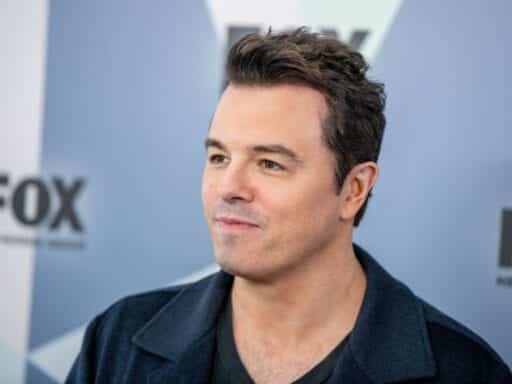 The coming Fox-Disney merger makes it an advantageous time for Fox employees to attack Fox News.

Earlier this week, comedian, writer, and director Judd Apatow — the guy who made The 40-Year-Old Virgin and Knocked Up, to say nothing of his work as a producer on TV shows like Freaks and Geeks and Girls — declared social media war, as he has before on targets like Bill Cosby. But this time, Apatow had his sights trained squarely on Fox, specifically the studio’s movie and TV divisions.

You can’t just boycott Fox News. You have to boycott Fox everything. Movies, TV, sports, business, books. Shut it all off. Stop buying. They support the kidnapping of children and babies. #boycottfox https://t.co/4gZWiFI01n

Apatow’s aim at 20th Century Fox was driven by the fact that Fox News has repeatedly depicted the detention centers where migrant children separated from their parents at the US-Mexico border are being held as, essentially, summer camps, among other bizarre lies about the situation.

Apatow wasn’t the first celebrity to arrive at this conclusion — he was just the loudest, perhaps because he doesn’t work for Fox. (His Apatow Productions has released movies with many other major studios, but typically Universal, and the last one of his TV shows to air on a Fox-owned network was Undeclared, which ran on Fox from 2001 to 2002 but was actually produced by Dreamworks Television.)

Notably, anti-Fox News sentiment has been boiling among celebrity creators with longstanding associations with 20th Century Fox, beginning with Family Guy creator Seth MacFarlane, who said he was “embarrassed” to work for a company that also contained Fox News and tweeted about the restoration of the fairness doctrine, a former broadcasting rule that the Federal Communications Commission abandoned in 1987, which required stations to present all sides of controversial issues. (The restoration of the fairness doctrine probably wouldn’t change how Fox News does business, as the cable network is not overseen by the FCC, but it would definitely shift how local news stations report on issues.)

MacFarlane’s statements caused a small groundswell of similar sentiment. Most notably, Modern Family co-creator Steven Levitan stated that after the upcoming 10th (and presumed final) season of Modern Family, he would be departing 20th Century Fox, which produces the show and other, less successful Levitan productions. It was the sole mention of someone with a longstanding deal with Fox directly stating they would no longer do business with Fox.

A similar statement arrived from Paul Feig, who directed The Heat and Spy for 20th Century Fox and is the creator of Freaks and Geeks and a longtime friend of Apatow.

In and of itself, this push from Hollywood’s creative folks against their corporation’s news division is fairly unprecedented, though it hasn’t exactly been hard over the past two decades to find progressives who get paychecks from 20th Century Fox who also quietly grumble about the influence of Fox News. Levitan’s statement, in particular, marks an escalation in this particular Hollywood cold war.

Or it would, if 20th Century Fox and Fox News weren’t about to be entirely separate companies.

While all this has been going on, the proposed merger between Disney and Fox has been quietly continuing apace, with the monolithic Disney company making a $70-billion-plus bid to buy out Fox’s movie and TV assets. The deal was first closed in November 2017, but Disney had to increase its bid to beat out a challenge from Comcast (home of NBCUniversal, itself a major investor in Vox Media). The deal is still awaiting government approval but is expected to go through.

What’s notable about this is that the future Fox corporation is going to bear very little resemblance to the one that exists right now. It will consist, by and large, of the Fox television network, a handful of small production studios (mostly dealing with reality TV), a bunch of deals with major sports leagues, and Fox News. Fox News, in particular, is expected to be a major source of the new Fox’s revenues, and the 2018 fall schedule for the Fox network already suggests the network is beginning to be hollowed out by corporate overlords.

Meanwhile, 20th Century Fox — all of those movies and TV shows that are actually produced by Fox — will almost certainly be owned by Disney. This means that Family Guy, Modern Family, The Heat, and so many other projects made by Trump-loathing Hollywood liberals are about to be owned by a company headed up by Bob Iger, a man who spoke fondly of the decision made by the Disney-owned ABC to cancel Roseanne, the biggest show on TV, after its star made a racist tweet.

Iger, being a multibillionaire and all, isn’t exactly going to join the Hollywood chapter of the DSA, but he’s also unlikely to turn ABC News into a cable channel that spreads misinformation in the name of endless culture wars, in the way that Fox News has skewed more and more toward a Trump propaganda network under Fox head Rupert Murdoch.

Murdoch has always been more interested in news and sports — which are relatively sure bets in the media industry, especially if you can stir some controversy — than in the iffier world of entertainment. Iger is more interested in trying to turn “entertainment” into a surer thing than it typically is by buying up big, recognizable brand names (Pixar, Marvel, Lucasfilm, etc.), which means Disney’s various entertainment properties tend toward the barely center-left progressivism of most Hollywood entertainment — designed to challenge the status quo as little as possible and travel globally with minimal fuss.

This creates an interesting scenario where MacFarlane and Levitan, especially, are about to have deals with another company entirely, so they have the political cover to speak out against their current company’s news division. Both men seem deeply sincere in their concern about how Fox News has warped political discourse in the US — with MacFarlane even donating $2.5 million to NPR and its Los Angeles affiliate KPCC — but this is also an advantageous moment to express those sentiments. Think, for instance, of the George W. Bush administration’s policies surrounding torture, similarly controversial from a humanitarian perspective, similarly backed by Fox News, and much longer-lasting than the family separation policy. Yet criticism of Fox News from Fox employees was considerably more muted.

Fox has certainly been home to more than its fair share of potshots at both the TV network and Fox News itself. After all, this is the home of The Simpsons (at least for the next few months). And the horrors of the family separation policy have been such that they’ve spurred plenty of other famous folks to speak out loudly (like, for instance, Apatow, who has minimal skin in this particular game beyond his ability to drive Twitter followers toward progressive causes and news). But even though the attacks on Fox News by people theoretically employed by the same corporation are interesting, they’re also notable on some level for their timing.

Trump’s Fed pick wrote that women should be banned from March Madness
Bernie Sanders has an answer to the eternal question, ‘baby how u feelin’
Netflix’s Love Is Blind reunion was a little too nice for such a messy show
SNL’s cold open reimagines the presidential LGBTQ forum as a drag ball
Before Alexandria Ocasio-Cortez, here are 5 of the biggest U.S. political upsets
Watch: Alex Jones and Marco Rubio nearly come to blows in the Senate hallway