Lil Nas X tried to explain why he came out as gay. Kevin Hart: “So what?” 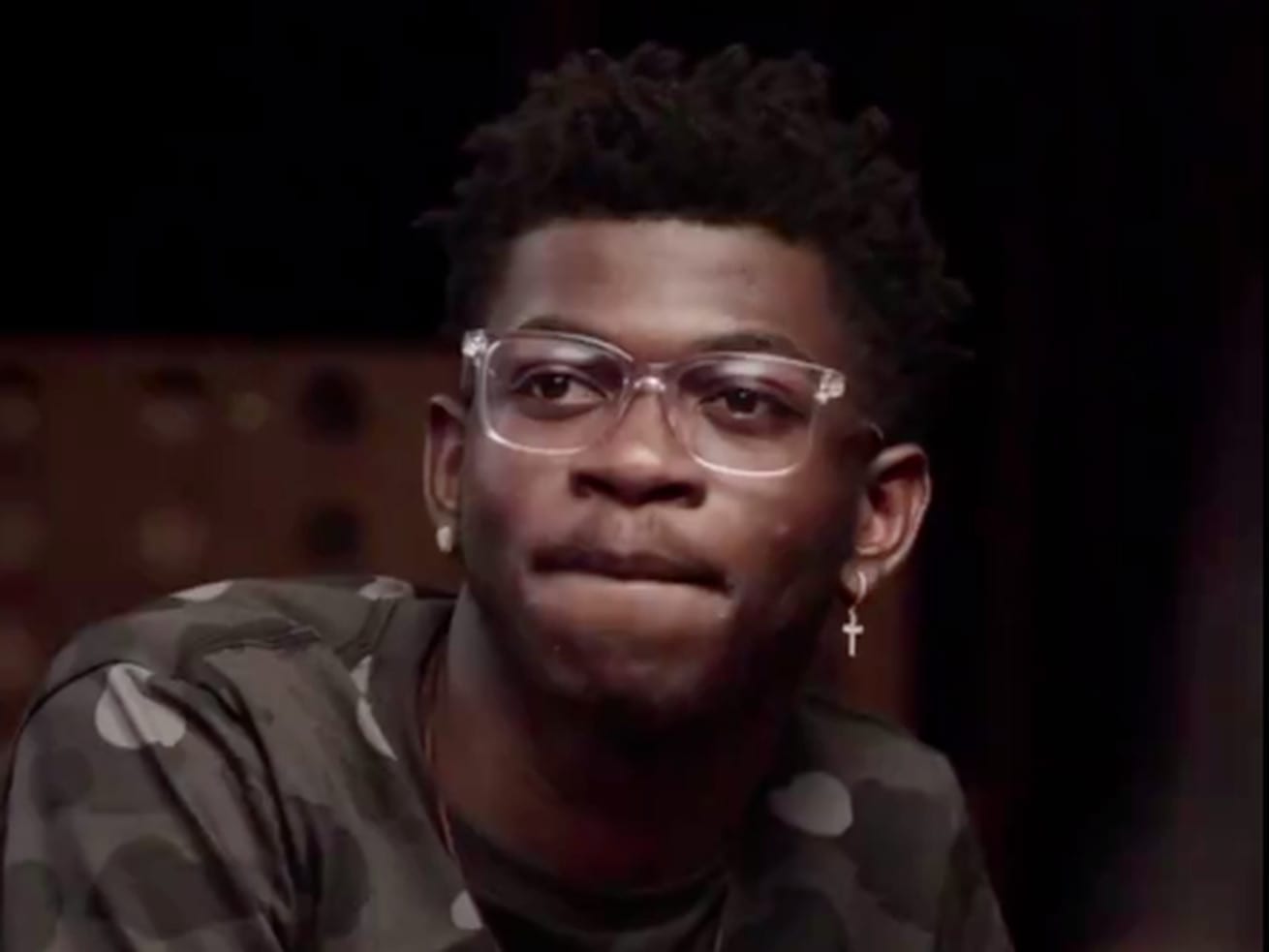 The comedian, who’s made homophobic jokes in the past, tried to teach Lil Nas X a lesson about acceptance and coming out.

Lil Nas X has explained why he decided to come out publicly as gay — during a conversation that ended up being more about Kevin Hart, the comedian who interrupted him.

During an episode of HBO’s The Shop: Uninterrupted that aired September 3, Lil Nas X was asked why it was important for him to come out publicly and why he did so by making an announcement on Twitter.

“He said he was gay! So what?” Hart interrupted.

Lil Nas X continued by saying he came out because it was important for him to combat anti-gay sentiment in society.

“I’m growing up to hate this shit,” Lil Nas X said, referring to being gay.

Hart interrupted him again, with a high-pitch squeal and a puzzled look: “Hate what? Why?”

Every episode of The Shop — produced by HBO in collaboration with LeBron James and Maverick Carter — features a roundtable-like discussion about topics at hand and a mix of celebrities, on-air personalities, musicians, and athletes. Lil Nas X and Hart were joined on the show’s September 3 episode by basketball players Kevin Love and CJ McCollum, football player Rob Gronkowski, and radio DJ Charlamagne Tha God. The interaction between Hart and Lil Nas X was a very brief part of the 30-minute episode, but it has become a focus since the episode aired.

“If you’re really from the hood, you know,” Lil Nas X said to Hart, implying that Hart should know about homophobia and anti-LGBTQ sentiments in the black community.

“Any other time, like, I’m doing this for attention in my eyes,” he continued. “But if you’re doing this while you’re at the top, you know it’s, like, for real. It’s showing, like, it doesn’t really matter.”

.@lilnasx speaks the truth about his choice to come out while at the top. More of The Shop on @HBO now! pic.twitter.com/wETNaPUU5t

Lil Nas was making a point about representation and his belief that had he come out at a different time, it may have been seen as a publicity stunt. But with his song “Old Town Road” having just set the record as the longest-running No. 1 single on Billboard’s Hot 100 chart (where it held the top spot for 17 weeks), the rapper suggested that coming out allowed him to use his fame to champion representation.

His “really from the hood” clapback to Hart was the closest any of the guests on the show got to acknowledging that Hart has made homophobic comments and jokes in the past.

Hart was famously picked to host the 2019 Oscars and then quit amid backlash after he initially refused to apologize for homophobic jokes and comments he’d made in the past, saying he’d already apologized for them and changed his ways. Though he eventually said he was sorry for any hurt he’d caused, he did so only after repeatedly referring to those who were upset about his old jokes and comments (Hart had used gay slurs social media and said that if his son would come out as gay, he would break a dollhouse on his head) as trolls and haters.

It’s uniquely puzzling that Hart was part of a national conversation about homophobic comments that cost him an Oscars hosting gig, only to interrupt a gay person’s answer about coming out while seeming to suggest he couldn’t picture the homophobia that person might have faced. That no one else who was part of the conversation confronted Hart about his comments was also curious — though, to be clear, we don’t know if anything was said during filming that was later edited out.

I wanted to tweet a long thread about how much this upset me but I have other things to do.

Instead I’ll just say everyone in this room who left Lil Nas X to explain this himself as if he were making it all up is a fucking coward. All of their names should be noted. Period. https://t.co/LMHoa1mGYl

Lil Nas X was literally referring to homophobia he grew up with and the importance of representation, and here was Hart, whose homophobic remarks and indignant apologies for said remarks made national news, appearing to feign naiveté.

Hart, along with others in the discussion, went on to say that being gay shouldn’t be an issue in 2019.

“What I wanna say to Lil Nas X is that in no way shape or form should you have to defend [yourself] … when you have a voice and simply say ‘this’ [being gay,] there is no back-and-forth about what ‘this’ is. Nothing else needs to be said,” Hart says.

Those are generous and supportive words. But because of Hart’s past comments and behavior regarding LGBTQ issues and his failure to acknowledge that history on The Shop, many have questioned his sincerity, saying his interaction with Lil Nas X feels more like a gaslighting.

Kevin Hart’s reaction to Lil Nas X reminds me of what I see from the men in my own family and it’s disturbing. And when you try to call them on it they shut down and try to gaslight you.

“He said he was gay. So what!” Kevin Hart knows exactly what the “so what” is here and why a young black boy would closet his sexuality until he believed it was safe. Why not simply listen, give @LilNasX the space and deference to tell his own story… https://t.co/8nY9cHPftP

Additionally, the rest of the male athletes and celebrities did not address their own experiences with homophobic sentiments in sports or pop culture. The brief discussion ended with some members of the panel praising Hart’s perseverance and ability to pick himself up after his failures, noting that because of these failures, he’s a good person to listen to for advice.

“That’s the most impressive thing to me [about Kevin Hart],” Charlamagne Tha God said. “That’s what inspires me about Kev the most … you could have given up and said, ‘Fuck it,’ but you kept going.”

The Shop could have provided a startling look at how many people, and men in particular, shy away from addressing anti-LGBTQ sentiment in their personal lives, and how that can discount ideas of representation and the courage it takes for LGBTQ celebrities and athletes to come out. But the way this conversation was presented, it seemed like no one except Lil Nas X was aware of the points being made.

Instead, the discussion ended with Kevin Hart being hailed as a hero and a gentle mentor to Lil Nas X. And the failure is that neither the show nor many of its participants dared to suggest that Hart might be anything else.

The entire September 3 episode of The Shop: Uninterrupted is available on HBO’s streaming platforms.

Trump spokeswoman Sarah Huckabee Sanders kicked out of Virginia restaurant by owner
The political science of why Game of Thrones’ Daenerys may be a terrible queen
“America First, but on steroids”: What Trump’s second-term foreign policy might look like
The Food Network thinks you’ll pay $7 a month for a digital version of the Food Network
The hottest new thing in sustainable building is, uh, wood
Immigrant kids crying audio played on House floor