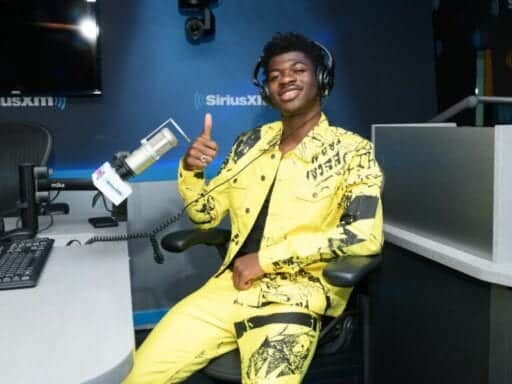 Country fans still struggle to embrace the artist, no matter how massive “Old Town Road” gets.

Lil Nas X already has the biggest song of 2019 with “Old Town Road,” his meme-friendly, regularly remixed anthem for contemporary cowboys. In April, the song’s Billy Ray Cyrus remix, which runs a scant two minutes, hit No. 1 on Billboard Hot 100 chart. In July, it became the chart’s longest-running No. 1 single ever, after holding the position for 17 weeks. Earlier this week, it won Song of the Year at the MTV Video Music Awards.

But the 20-year-old rapper continues to cause friction among some subsets of the country music crowd. Lil Nas X and “Old Town Road” first rose to mainstream prominence in late March, due to vehement debate over whether the tune, which is built around Western archetypes, was an outsider’s pastiche of country music tropes or a fresh, modern entry in the genre. Five months later, the jury may have finally reached a verdict, as the Country Music Association has nominated “Old Town Road” for a 2019 Country Music Association (CMA) Award — ostensibly recognizing the song as country music.

But as with every other chapter in the “Old Town Road” story so far, it isn’t quite that simple.

Lil Nas X’s CMA Award nomination is an honor. But it also feels like an acquiescence.

The 2019 CMA Award nominations, announced on August 28, contain a single nod for Lil Nas X and “Old Town Road”: The version of the song featuring Billy Ray Cyrus is up for the Musical Event of the Year category, which recognizes what the CMA considers stand-out collaborations. And therein lies the rub.

Any CMA Award nomination is an honor within country music, and “Old Town Road” has undeniably been a huge musical event this year. But this specific nod comes with a certain amount of baggage that seems to undermine the power of the voting body’s recognition. CMA voters reportedly opted not to consider “Old Town Road” for larger categories, like Single of the Year. As a result, some critics have questioned whether the Country Music Association considers Lil Nas X one of its own, or is dutifully recognizing an indisputable cultural moment — calling his absence from other categories a snub.

According to the organization’s official awards criteria, the Musical Event of the Year trophy is supposed to go to a song featuring “two or more people either or all of whom are known primarily as a Country artist.” Billy Ray Cyrus, of “Achy Breaky Heart” fame, has long been recognized as a country artist. And it appears that Cyrus’s involvement in the nominated “Old Town Road” remix was what qualified the song for the category, or for any CMA Award at all, at least in the mind of voters.

Not only is Musical Event of the Year a smaller honor than Single of the Year and other big-deal categories at the CMAs, it’s often not presented during the award ceremony itself. Instead, Good Morning America has announced the category’s winner as a pre-show exclusive every year since 2014. The Country Music Association has yet to say whether it will continue this approach for the 2019 ceremony, which is set to air November 13 on Country Music Television.

And while the Single of the Year category has more stringent qualifications, “Old Town Road” arguably should have passed the bar. The CMA Award guidelines state that all nominees “must have reached the Top 50 of Billboard’s Country Airplay Chart, Billboard’s Hot Country Songs Chart, or Country Aircheck Chart” prior to voting taking place. Lil Nas X’s original release of the song, sans Cyrus, made it to No. 19 on the Hot Country Songs chart before Billboard controversially removed it; the Cyrus remix later hit No. 50 on the Country Airplay chart (in addition to the top spot on the Hot 100).

We may never know for sure whether the lower placement of the more “country-friendly” version of “Old Town Road” blunted its Single of the Year prospects, or whether CMA Award voters simply don’t think the song is country enough to compete outside of the Musical Event of the Year category.

But it’s easy to see that Cyrus’s approval has been crucial to country music’s tepid embrace of Lil Nas X and “Old Town Road.” June’s CMA Fest, for example, gave Cyrus tons of stage time to sing his own back catalogue — and then brought Cyrus back onstage with Lil Nas X and fellow country star Keith Urban for a surprise group performance of “Old Town Road.”

In fairness … it was a dang good rendition. And Lil Nas X fans seemed excited over the singer’s clear display of pride, standing on stage in front of scores of country fans and right alongside two of the genre’s most well-known artists.

Maybe just being recognized at all is enough. And maybe that’s especially true regarding Lil Nas X and the CMAs, as “Old Town Road” likely won’t ever achieve universal acceptance among country music fans. After Billboard removed “Old Town Road” from the Country Songs charts in March — causing backlash and a discussion of the racial politics that some suggest make country music an exclusive genre — the rapper admirably leveraged the controversy to transform the song into a bonafide phenomenon. But “Old Town Road” failed to make another appearance on the country Billboard charts, despite its consistent popularity.

Perhaps “Old Town Road” is only making it to the CMA Awards with Billy Ray Cyrus’s help. Perhaps the song’s Musical Event of the Year nomination sidesteps a difficult conversation about where it belongs in the country music landscape. But the silver lining is that, no matter what happens at the awards ceremony in November, Lil Nas X now has the well-respected Country Music Association’s recognition under his belt.

thank you guys for this nomination!! https://t.co/YFMudfHWQI

Breast cancer awareness products profit off survivors’ suffering
Trump threatens to slap new tariffs on $200 billion in Chinese goods
What we know about Biden’s inauguration plans
The eerie surreality of sports in the Covid-19 bubble
A less miserable winter
Trump threatens protesters with ‘vicious dogs.’ Some note they’ve seen that before.